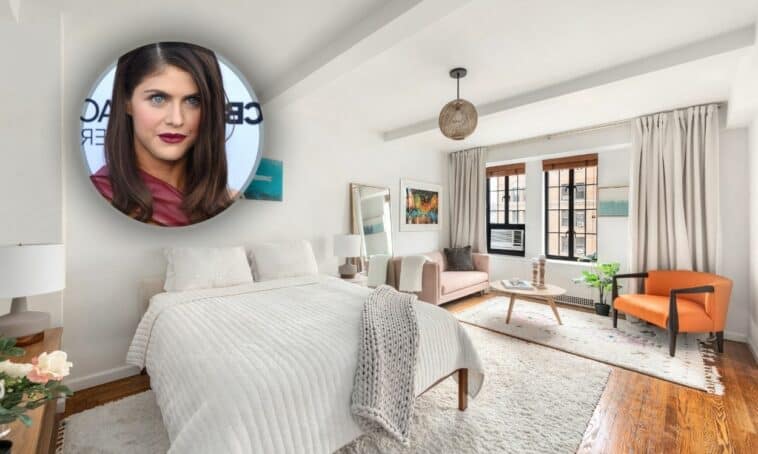 Baywatch star Alexandra Daddario is saying ‘goodbye’ to her hip Chelsea studio. We got word that the sleek condo has found a new owner, and is currently under contract.

Daddario, a prolific actress who rose to fame after starring in the Percy Jackson series, also played Paige in Hall Pass, Heather Miller in Texas Chainsaw 3D, Blake Gaines in San Andreas, Summer Quinn in Baywatch, and Alexis Butler in We Summon the Darkness, to name just a few.

She’s also an accomplished TV star, with roles in HBO’s The White Lotus and the critically acclaimed Why Women Kill, and has appeared in a couple of high profile music videos, including Imagine Dragons’ Radioactive and Maroon 5‘s Wait.

It then only makes sense that Alexandra has chosen to make Los Angeles her primary residence, where she owns an elegant $7.3 mansion she bought from Shameless creator John Wells.

Her Chelsea studio was listed for sale asking $499k

Daddario’s NYC pad didn’t spend much time on the market.

She listed her studio apartment for sale merely a month ago, asking just a little under $500k for the stylish two-room co-op. Mary Barbrack of Compass held the listing.

Set inside a refined pre-war co-op in Manhattan’s sough-after Chelsea neighborhood, the stylish studio comes with all the perks of a full-service building, including a 24-hour doorman, porters, and a live-in resident manager.

With a large living area that can be customized to suit its new resident’s lifestyle, the studio has an open floorplan that can accommodate a living area, home office nook, and bed.

The kitchen is separated from the rest of the living space, and has been renovated to feature custom cabinets and stainless appliances.

The studio has a welcoming entry foyer and charming pre-war accents, including high beamed ceilings and hardwood floors. It also boasts oversized casement windows that open up to views of the Empire State Building and Chrysler Building to the North, and World Trade Center to the South.

Where Does Trevor Noah Live? A Closer Look at the Daily Show Host’s Penthouse in Manhattan
Live Like Kevin in ‘Home Alone 2: Lost in New York’ in This $6.5M Residence at the Plaza
‘13 Reasons Why’ Star Tommy Dorfman Wants $2.3 Million for Stylish Hillside Home
‘Biggest Loser’ Host Bob Harper’s Industrial-Chic NYC Pad Is On the Market for $2.3 Million 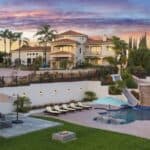 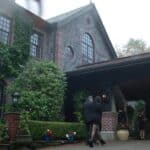