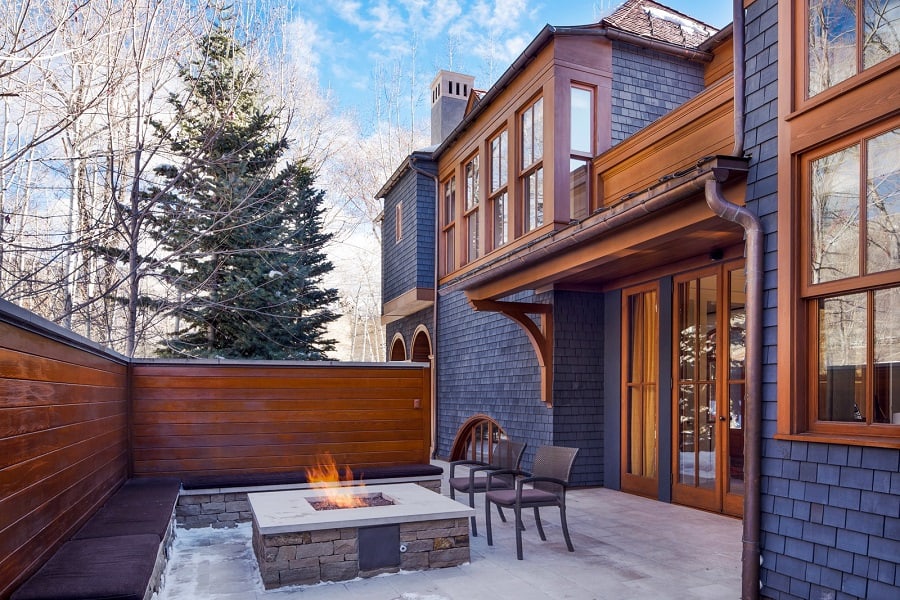 That’s why it’s so surprising to see him open the (mostly unused) front door of his West Aspen, Colorado home – a three-story beauty nestled within a stone’s throw of the nearby forest and hills.

With a team from Architectural Digest in tow, Armstrong showed off the home where he stays with his fiancée, Anna Hansen, and two of his five children. But be sure not to enter the home through the main entry – that’s just for strangers and the mailman. A second entry is what he and his family prefer.

Despite chilly conditions, the hardwood floors and gallery’s worth of rare art installations is a feast for the eyes.

A monument to fine art

What literally jumps off the walls in Armstrong’s home is his frankly incredible collection of art from artists like Kehinde Wiley and Banksy.

You may remember Wiley from those amazing presidential portraits of Barack and Michelle Obama.

Yeah, Armstrong has a Wiley of his own – no big deal.

In addition, Armstrong shows off  a rare Banksy piece that adorns the home’s main staircase for all visitors to awe over.

But let’s be honest, you don’t know Lance Armstrong as an art dealer. He made his living as a cyclist, so what does his home to offer for sports fanatics?

Well take a trip down to Armstrong’s all-weather garage, which is practically packed full of mountain and road bikes and an array of snow boots and snowboards for him and children.

Armstrong says the garage – which also holds a nifty old-timey popcorn maker – is switched out with new gear depending on the season. As this video was shot in winter, there’s not a whole lot of riding going on, he says.

Despite that, you can grasp that Lance Armstrong’s life is centered around sports, with him saying his five kids all ski and snowboard during Aspen’s colder months.

Maybe because he likes to stay hydrated, Armstrong’s home is chock full of refrigerators.

No, not just your run-of-the-mill kitchen fridge – he has two, by the way – we’re talking an office fridge, a downstairs fridge and a garage fridge.

Guess his family doesn’t have to worry about a cold drink available at all times.

Up in his office, which has  lovely wooden desk where he frequently hosts his podcasts, Armstrong highlights a fridge built in to a cabinet that he particularly cherishes.

In the downstairs area, around a living area with sectional sofas and a pool table, Armstrong shows off another fridge within walking distance of a stunning wine cooler.

A place for family and friends

Despite the fact the house is empty during filming, Lance Armstrong’s home makes it clear that his focus is on family and friends.

A downstairs seating area is well appointed for football game watch parties, and a separate room for the kids to play video games looks inviting.

Another crazy touch is emergency exit wells in the downstairs bedrooms in case of a fire. Not quite the apocalyptic vibe most people would expect, but it’s practical, right? Speaking of practical, Armstrong definitely wants you to know that he has invested in Squatty Potties that he loves.

A little too much information, but fair enough.

With so many amazing touches in the home, it’s apparent that Armstrong wants a place where he can rest and relax between the big races and also chill with his family.

NASCAR Champ Tony Stewart Lists Luxury Log Home & Hunting Preserve in Indiana for $30M
Serena Williams’ House in Florida is Bold and Beautiful, Just Like Her
Check Out Michael Jordan’s House in Chicago: On the Market for $15 Million
Where Do Your Favorite F1 Drivers Live? 7 Fabulous Houses of Formula 1 Champs 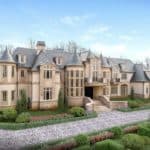 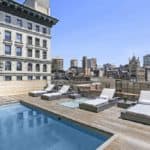