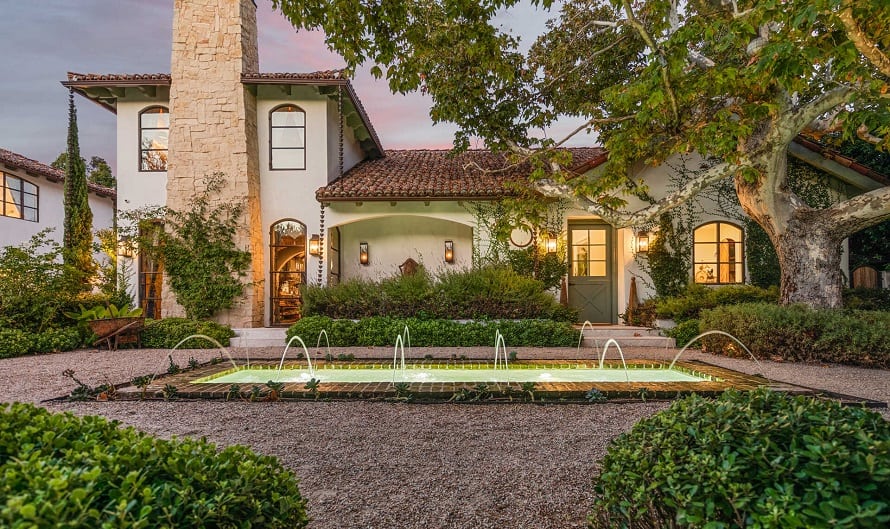 Brown is asking $18,995,000 for the astounding property, which sits on what is arguably West Hollywood’s most prime residential street.

The house itself is touted as an architectural triumph and designer “tour de force”, showcasing unparalleled attention to detail and the finest finishes money can buy — all credited to Morgan Brown’s extensive knowledge of fine living.

An accomplished interior designer and real estate investor, Morgan Brown is the developer and owner of the home and has left her expert touch throughout the nearly 10,000-square-foot compound.

You can see her touring the home and detailing her choices for its design in this 2019 video, from when the property was briefly listed for sale with a slightly more ambitious $19.5 million asking price.

The compound sits on a 0.6-acre double lot and features 4 standalone structures on its lush, private grounds.

The main residence, a perfectly-appointed Mediterranean-style home, comes with 6 bedrooms (with 2 other bedrooms available in the guest house), and a designer kitchen seemingly born of another era, which features a La Cornue range (one of the most expensive models in the world), nautical-inspired compass accents and vintage elements.

The exquisite kitchen opens up to an adjoining “rock room”, which oozes warmth and charm with its 18th-century fireplace mantle imported all the way from France.

The on-site gym is equally luxurious and well-appointed, with a custom industrial effect ballet bar made out of plumbing pipe, speckled glass mirrors, brass sconces, vintage statement furniture, and a six-person steam shower.

And since we’re talking showers, the bathrooms (10 in total) have their own unique sets of upgrades, with designer details, private fountains, statues and doubled sided glass enclosures.

Outside, Morgan Brown’s house features plenty of space for entertaining guests (and there’s a certain added charm to knowing that her famous ex, Gerard Butler, likely spent his mornings enjoying a cup of coffee on the green patio).

And if that won’t do it for you, just imagine the Scottish hunk lounging by the pool on a lazy weekend (assuming that celebrities get those too and have the time to truly enjoy the spectacular homes they live in).

The property is listed with The Agency, with Christopher Dyson in charge of finding a buyer for this one-of-a-kind designer home.

In the meantime, we’ll keep an eye out for Morgan Brown’s next home buy; because if there’s one thing we know about her, it’s that the woman has exceptional taste. 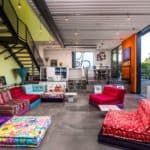 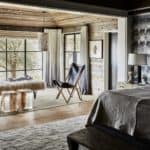