The exceptionally crafted home actor Rob Lowe and wife, jewelry designer Sheryl Berkoff, had custom made for their family in Montecito, California, is back on the market with a fresh asking price.

Repped by The Agency’s Eric Haskell and Luke Ebbin of Compass, the West Wing actor’s home is asking $42.5 million in its second bid for a buyer, with the Lowes first listing the property back in June 2018 for $47 million. Yet pricing can’t come easy with such a unique property.

The Lowes purchased a slice of land nestled in a neighborhood of grand homes in the foothills of the Santa Ynez Mountains in 2005 for roughly $7.5 million, according to county property records cited by Barrons. They then assembled a dream team to build their home.

The house, built as a family home for Lowe and his family, was made with the finest materials and painstaking attention to detail.

The estate’s manicured grounds — much of them visible from the veranda — are complemented by resort-quality amenities, including an outdoor kitchen and barbecue area, an 800-square-foot pool cabana with a full kitchen and bedroom, a standalone two-bedroom guest house and a championship tennis court.

Lavender-lined garden paths lead to the sparkling pool, gazebos and a picturesque swing hung from the namesake oak tree.

While an extremely private retreat, Oakview estate is set within minutes to the shops on Montecito’s Coast Village Road, the Upper Village, the San Ysidro Ranch, and some of Califormia’s finest beaches.

The property lies within the coveted Montecito Union School District, consistently rated as one of the finest school’s in California. No wonder Rob Lowe picked this property for his family. However, with his two sons, Matthew and John Owen, now in their 20s and moved out of the family home, it’s time for a change.

Lowe told their previous agents at Sotheby’s that “with our boys now out of the house, we’re looking forward to our next real estate adventure“. So are we, Rob, and we can’t wait to see the home you pick next, hoping it will somehow outmatch the beauty of this one. 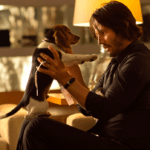 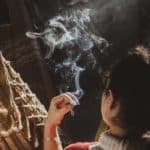