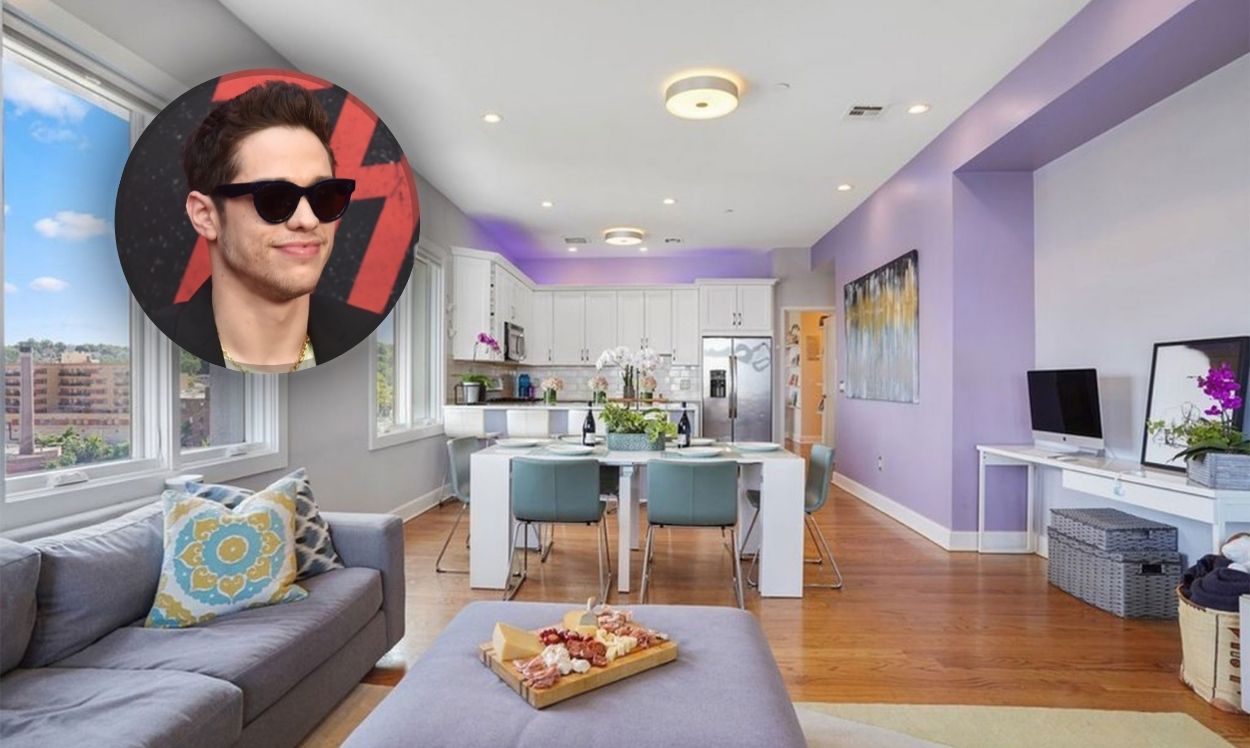 Pete Davidson has finally moved from his mom’s basement and into a luxurious $1.2 million waterfront bachelor pad.

While he may seem unsophisticated and laid-back, the funny guy, who has been scoring projects left and right, has millions to splurge on his first official home purchase.

The 28-year-old Saturday Night Live comedian has been all over the headlines lately because of his budding romance with reality star Kim Kardashian.

Many think they are an unlikely couple, but it looks like the two are having loads of fun together. The new pair has been keeping their relationship low-key and casual but Kim has already been spotted visiting Pete’s condo.

As he was born and raised in Staten Island, Davidson wanted to stay close to his roots and kept his condo purchase within the borough.

And leaving wasn’t as much of an option after Judd Apatow (the famous director/producer) crowned him as The King of Staten Island in his 2020 comedy-drama that was loosely based on the star’s real-life story and personal battles.

For those unfamiliar with Davidson’s story, his father was a firefighter who died while rescuing people in the 9/11 World Trade Center attack. The comedian has always been transparent about his story and also his mental health.

While Pete may have had many struggles growing up, he has managed to make a name for himself, and even use his story to entertain and inspire his audience.

For the longest time, he was famously living in his mom’s basement

Prior to his luxury condo upgrade, Pete was living in his mom’s basement for a few years.

But, before you think that he is a freeloader who was just too lazy to move out, let us clarify — he actually bought the house with his mom because he wanted to secure her home first, before buying his own place.

“So I have, like, a basement that’s mine, but that’s, like, an apartment, so I live underneath her.”

The Staten Island home Davidson shared with his mom costs $1.3 million and has four bedrooms and four bathrooms. It features a grand entryway with a stained glass skylight overhead that filters the light beautifully. Inside, there is a custom kitchen, a brick fireplace in the living room and a private master wing.

To make the best out of his unconventional living situation, Pete turned his mom’s basement into a cool man cave, complete with an entertainment and gaming area for his guests.

The spacious basement also has a large open closet space, a small kitchen, a roomy bathroom, a private office and a bedroom.

Pete was pretty proud of his basement dwelling, which he dubbed “The Cave”, and also of his close relationship with his mom. He even gave an exclusive tour of his quarters in a Netflix special.

There is definitely no shame in living in your mom’s house, especially if you helped pay for the place too!

Last year, Pete confirmed that he has fully moved out of his mom’s place. He chose a condo unit not too far away from his old house.

The luxury condo, which Pete acquired for $1.2 million, is situated right by the water, offering a great view of the Manhattan skyline. It has two bedrooms, two and a half bathrooms, and plenty of modern living space.

Described in its original listing as the “pinnacle of luxury living”, the upscale apartment is the perfect choice for the self-proclaimed “King of Staten Island”.

It also comes equipped with modern furnishings, including a Jacuzzi tub, which would definitely come handy during date night with Kim.

With high ceilings and large windows all over, the apartment gets more than enough natural light, making the interiors more cozy and warm.

One of the highlights of the place is the airy outdoor terrace, which is a great space for entertaining guests. The terrace is accessible from the living room and the master bedroom.

With a glass balcony that provides a clear view of the surroundings, the terrace is arguably the best part of Pete Davidson’s house and the perfect spot to truly enjoy the perks of waterfront living.

The SNL funny guy has had quite a controversial love life

Currently, Pete has been cozying up with girlfriend Kim Kardashian, who was recently pictured leaving the SNL star’s condo.

The new couple is keeping mum on their relationship — especially since Kim’s ex, rapper Kanye West (now known as Ye) hasn’t been holding back, making many derisory comments about Kardashian’s new boyfriend, who he calls ‘Skete’.

But the two have been spotted together numerous times during date night, and have reportedly started dating in fall of last year, shortly after they starred in an SNL skit together.

Kardashian romance aside, Davidson’s dating life has been under public scrutiny because he is notorious for having short flings with high-profile celebrities.

While Pete may still be on the fence about being in serious long-term relationships, he has definitely fully committed to being a homeowner.

The condo purchase could also be a sign that the heartthrob is ready to settle down soon. Let’s hope the Kardashians welcome him into the klan!

Where Does Trevor Noah Live? A Closer Look at the Daily Show Host’s Penthouse in Manhattan
From a Prince to a King: A Look at Will Smith & Jada Pinkett Smith’s Real Estate Portfolio
The Story of Taylor Swift’s Holiday House — Home to “the Last Great American Dynasty”
‘Biggest Loser’ Host Bob Harper’s Industrial-Chic NYC Pad Is On the Market for $2.3 Million 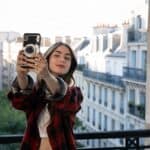 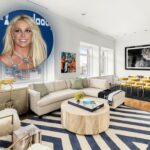