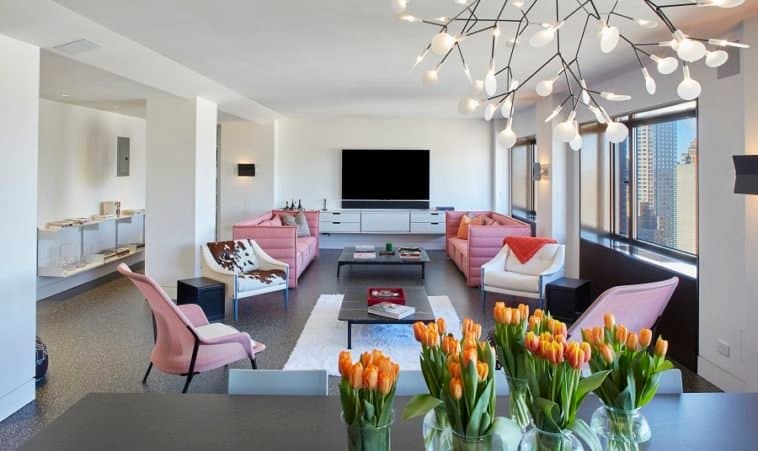 It was home to late Academy Award-nominated filmmaker Nancy Dine who, alongside her husband Jim Dine, dominated the local arts scene of the early ’60s and were considered the ultimate art-star power couple at the time.

During her 40-year marriage to Jim Dine — a prolific, multi-talented contemporary artist — Nancy is said to have re-defined the role of the “artist’s wife”.

She appeared in many of his paintings and was all at once his inspiration, assistant, and publicist. She took up filmmaking in her 50s, producing a number of short films, including a documentary on her husband’s life, entitled Jim Dine: A Self-Portrait on the Walls (which was nominated for an Academy Award in 1996).

Her son, Nick Dine, inherited his parents’ artistic inclination and turned it into a prolific career as an interior designer. In fact, he was the one to design Nancy’s bright and spacious Upper West Side apartment, which recently came to market.

The apartment, listed for $3,495,000 with Brown Harris Stevens’ Susan Silverman and James Foreman, spans 1,675 square feet and is flooded with light thanks to its five oversized west-facing windows.

It has 2 bedrooms, 2 full baths, and a 680-square-foot living and dining area, which easily seats 12.

SEE ALSO: What’s the story of the Belvedere Castle in Central Park?

There is a full guest bathroom off the living room as well as a separate home office area bordered by Vitsoe bookcases. The apartment’s layout can accommodate a second bedroom or den.

The apartment is set in One Lincoln Plaza, a luxury residential building located directly across the street from Lincoln Center, in close proximity to Central Park, Columbus Circle, excellent restaurants, gourmet food shops, and transportation.

It is a coveted full-service condominium with many amenities including a doorman and concierge, covered driveway, an attached parking garage with valet service, a dramatic glass-enclosed roof fitness room and pool with retractable glass roof, a sauna steam, and an outdoor sundeck.

The building has a newly renovated and landscaped outdoor space, with fire pits on the 8th floor.

Greta Garbo’s Longtime Apartment in New York Lists for $7.25 Million
A look inside 130 William, one of NYC’s Newest Skyscrapers
See Inside a $5.7M Condo in the Trendy 40 Bleecker Building in NoHo, Manhattan
443 Greenwich St. building & the 12 biggest celebrities that lived here 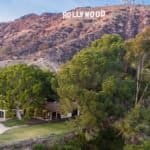 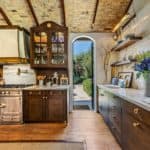