If you’re like me, half the reason you watch so many movies and TV shows is to get a glimpse inside the often-glamorous lives of your most beloved characters, and marvel at how they live.

You’re forever wishing you could dress like Carrie Bradshaw, share a few laughs with your closest friends in Monica’s quirky purple apartment, or go all out decorating for the Holidays like the McCallister’s.

But have you ever wondered how much it would actually cost to make these dreams come true and live like your favorite TV or big screen characters?

The answer is… quite a lot, but that doesn’t mean we can’t fantasize, right?

To help ground us a bit, UK-based insurtech startup SO-SURE did the research for us and took a closer look at how much it would cost to live in 10 of the most iconic movie and TV homes of the past few decades.

They factored in everything from property prices to insurance, utilities, and taxes, to give us a ballpark estimate of the overall costs of living there.

From enormous, historical spaces like Wayne Manor, Batman’s sprawling country home from the Dark Knight, to cozy countryside dwellings like Bilbo Baggins’ hobbit hole from The Lord Of The Rings, read on to discover how much your favorite on-screen homes would really set you back if you could move in tomorrow.

As much as we all wish it was a real-life property, Tony Stark’s cliffside mansion from the Iron Man movies is actually just an incredibly clever combination of CGI and sets built on a studio lot.

Even so, this fictional 8-bedroom mansion with its stunning waterfall staircase, extensive grounds, integrated AI controls, and panoramic ocean views is still the house of my dreams and I’ll always love it 3000.

If this home truly existed (and we’ve pretty much proved that it doesn’t) and was put up for sale, its eye-watering estimated price tag of $115,517,769 means very few people in the entire world could afford to purchase it. Wondering if renting the house would be more doable?

Well, once you’ve added on some insurance, utilities, and internet costs (thank you, Jarvis), renting it would set you back a seriously sizeable $3,243,174 per month!

On the more affordable side, Iron Man fans can still live like Tony Stark (if only for a short while), by booking a stay in his Avengers: Endgame cabin, which is not only real, but available to rent on Airbnb.

As manors go, Bruce Wayne’s Gotham estate is one of the most beautifully imposing movie homes we’ve ever laid eyes on.

And, if you want to see it in real life, you can! But it may not be quite where you imagine. Gotham, after all, is traditionally thought to be a stand-in for New York. However, the exterior or Brucey’s bewitching bachelor pad, otherwise know as the Mentmore Towers, actually exists in Buckinghamshire, England. The re-built version of the home in The Dark Knight Rises, Wollaton Hall, is also located further north in Nottingham.

Though it may feel like pennies to a (bat)man as rich as Bruce Wayne, shelling out $31,699,169 for this home (yes, it really costs that much!) is far out of reach for most of us.

Who didn’t tune in to the Fresh Prince back in the day and wish they too could move into the Banks’ impressive 10-bedroom mansion in sunny California?!

Fun fact, this famous family home wasn’t even located in Bel Air, though it does exist in the equally fancy area of Brentwood, Los Angeles.

This unrivalled location is also home to such famous residents as Gwyneth Paltrow, Harrison Ford, and Tom Brady and even boasts other famous TV houses such as Jay Pritchett’s dreamy home from Modern Family!

It was briefly up on Airbnb last year (with Will Smith himself promoting the listing online), offering overnight stays for a mere $30. But that was only for a lucky few, as there were just 5 slots to fill. Don’t you just wish you were one of them?

Carrie’s Apartment – Sex and the City

Honestly, I’ve lost count of the times I’ve considered knocking down a wall or two to create my very own Carrie Bradshaw style closet! And please don’t get me started on her seriously practical décor tips like moving the desk in front of a window for inspiration or keeping sweaters in the stove.

But, since the apartment itself only existed on a sound stage (save for the exterior which in real life belongs to a very pricey Upper East Side home at 64 Perry Street) I’ll have to make do with swooning over her adorable one bed Manhattan walkup on my one hundredth re-watch of the show.

Compared to the other homes on our list, Carrie’s apartment is, surprisingly, on the more affordable side at $594,359.

That said, whilst it might be a fantastic real estate choice in the heart of New York if you could afford it, I’m not sure I could stand to part with over $13,000 a month ($13,566.76) for rent and living costs!

If a Christmas has gone by without me wishing more than anything I could spend it inside the magical McCallister house, I must have missed it. Let’s be honest, this enormous five bed, three-and-a-half bath residence complete with a massive master suite in the west wing, is the quintessential dream family home.

Plus, the fact that it’s totally decked out with festive fairy lights, Christmas trees, and stockings on our screens every December, gives it an eternally special place in all of our hearts. What’s more, located at 671 Lincoln Avenue, Winnetka, Illinois, the house is as real as can be!

Unsurprisingly, this idyllic Chicago home doesn’t come cheap with a price tag of $1,585,002 to buy, or $11,379.09 per month for rent and living costs such as internet, utilities, and, most importantly, home insurance. You know, just in case The Wet Bandits strike again!

Even if your job’s a joke, you’re broke, and your love life’s D.O.A, you can always bet that Monica’s apartment from Friends will be there for you.

Tuning into this show for what could literally be the millionth time, I’ll always feel warm and cozy watching those six iconic friends share their stories, games, and jokes around the kitchen or coffee table in that beloved 2-bedroom purple apartment.

If you’re seriously questioning how on earth a cook and a waitress could have afforded such a spacious apartment in Manhattan, you’d be right to do so.

Though they do explain that the apartment is technically still under Monica’s grandmother’s name (and that the place is rent controlled) if it were to exist in real life, the spacious 2-bedroom NYC pad would set you back an estimated $8,436.35 for rent and utilities every month.

And if you wanted to buy it? You’d have to be willing to part with some serious cash! The estimated value is a substantial $2,179,498 but since it’s not even real, ‘This is all a moo point’.

Talk about raking in the big bucks! Working as a senior theoretical physicist at one of the US’s top colleges (Caltech), it’s likely that Sheldon Cooper would be earning a sizeable six figure salary.

Therefore, he really wouldn’t have needed a roommate to afford his open plan 2-bedroom apartment in LA. If like me you’ve always admired the apartment’s lively feel, bright and airy spaces, and open plan living area, you’re probably wondering whether you could afford it too… if it was real, that is, which it isn’t. Bazinga!

Leonard and Sheldon rent their property rather than owning it which would come in at around the $2,250 mark.

With utilities and other bills included, that price would rise a little to an estimated all in total of $3,505. Not bad for all that space and ample room for books, books, comics, then more books!

Aside from the cupboard under the stairs at 4 Privet Drive which I always found strangely cozy, The Burrow — home to the Weasley family — has to be the most welcoming residence in the whole Harry Potter universe!

From the outside, it’s a positively magical structure with questionable yet spellbinding architecture, wobbly looking fixtures, and mismatched windows. Inside, the décor feels like a warm hug filled with countless old hardbacks and knick-knacks, snuggly knitted blankets, and plenty of natural wood and exposed brick.

Ah, to find a home as full of character as this! If by some miracle (or perhaps a little magic), this house were a real one, you could expect to pay the rather considerable sum of $424,700 to own it.

If you merely wanted to rent it, you could do so for an estimated $3,492/month, bills included.

When it comes to iconic TV homes, few are as seared into our brains as 742 Evergreen Terrace, otherwise known as ‘The Simpsuuuns’ residence.

Truthfully, though in these modern times we could do without the pink wallpaper, purple lamps, and bright green carpet, this family home is a big one that even boasts a basement and double parking garage!

While none of us plan on becoming 2D animations any time soon, if it meant we could move into this iconic home offered at a the very reasonable price of $193,171, I’m sure we’d all give it our best shot.

The Hobbit House in Bag End – Lord of the Rings

As J.R.R Tolkien himself once said, ‘It was a hobbit-hole, and that means comfort’. That’s certainly what springs to mind whenever I think of Bilbo Baggins’ adorable hobbit hole.

Well, LOTR fans, rejoice! If you always dreamed of living in (or a least visiting) the cutest little house in all of Bag End, you can. In Matamata, New Zealand, you’ll find Hobbiton™ — a 12-acre movie set running guided walking tours, evening banquets, and even second breakfasts where you sneak a peek inside the fantasy home of your dreams.

At $1,287,547, (or $636.74 per month for rent and bills) it would seem that in the real world, Bilbo’s peaceful lodging wouldn’t exactly come cheap. That said, a house this charming might just be worth all the silver in the Shire…

‘a perfect house, whether you like food or sleep, or story-telling or singing, or just sitting and thinking best, or a pleasant mixture of them all’.

J.R.R. Tolkien, The Fellowship of the Ring 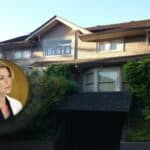 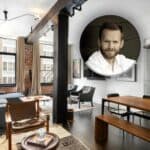