As the world tuned in to watch Netflix’s immensely popular Bridgerton series, the latest hit show from creator Shonda Rhimes (the TV producer behind long-running series like Grey’s Anatomy, Scandal, and How to Get Away with Murder) there’s one thing that caught everyone’s eye beyond the storyline: the incredible homes of the show’s leading characters.

You’d be forgiven if you thought that some of the houses on Bridgerton are too beautiful to be true. But there are actually quite a few real life settings used to film the Netflix show, and some you can actually go visit (once travelling becomes an option again, of course). Among them: the ivy and wisteria-covered house of the Bridgerton family, the Duke of Hastings’ impressive residence, and the Clyvedon Castle where the Duke and Duchess move to after their wedding. Read on to see where you’ll find each of them in real life. Spoiler alert: you’ll have to travel all the way to the UK to visit them.

The red brick Georgian mansion portrayed as the house of the Bridgerton family is, by all definitions, dream home material. With its elegant gated entrance, tall white windows that stand out against the carefully maintained brick façade — wonderfully framed by ivy and wisteria — the Bridgerton house is exactly what you’d expect a viscount’s home to look like.

In reality, the building used to film the scenes of Daphne’s house is actually a museum. Built in 1723, the former residence goes by the name Ranger’s House and is home to a world-class art collection amassed by diamond magnate Sir Julius Wernher. The house had many distinguished owners in its 300-year history, though its first resident was a naval officer who made his fortune selling ship’s cargoes. It was later home to the 4th Earl of Chesterfield and later still became the residence of the Ranger (keeper) of Greenwich Park, hence the name.

If you’d like to visit the Bridgerton house, you’ll find it in South East London, right next to Greenwich Park. Now home to the Wernher Collection, the 300-year-old Georgian mansion has about 700 museum items on display across 12 rooms, including Renaissance jewelry, medieval, Byzantine and Renaissance ivories, enamels, bronzes, as well as tapestries and furniture, so there’s much more to see than just a familiar exterior. There’s also a beautiful rose garden behind it.

The Duke of Hastings house in London

Many were smitten by the charming Duke of Hastings (yours truly included). And those that didn’t fall for his charms were likely drawn by his palatial London home, a striking castle sitting on vast grounds with manicured lawns and water features. You know, the type of home a duke might live in.

In reality though, the house is owned by an earl and a countess. More specifically, the Earl and Countess of Pembroke, who own the Wilton House in Salisbury, UK, which served as filming location for the Duke of Hasting’s house on the show. The Wilton House was used for exterior shots of the Duke’s house, and also served as the interiors of pretty much every other house on the show.

Built back in 1544, the Wilton House has been inextricably linked to the political and artistic circles of England. But that’s not why the estate looks so familiar (unless you’re a history buff with a passion for UK royalty). The house was used for many movies including Emma, Pride & Prejudice, Sense & Sensibility, Tomb Raider (2017) and other popular Netflix shows like The Crown and Outlander.

And it’s not just the grounds of the palatial estate that are used as filming settings. On the inside, the Wilton House boasts carefully maintained 17th century interiors, splendid state rooms, and a world famous art collection by renowned artists such as van Dyck, Pieter Brueghel, Rembrandt van Rijn and Richard Wilson.

In fact, many Bridgerton indoor scenes were filmed inside the Wilton House, including Queen Charlotte’s palace, Lady Danbury’s house, of course, the Duke of Hastings’, as well as interior shots of Simon and Daphne’s house in the country. Though for that last one, a different stately home was used for the exterior shots, as you’re about to find out.

The Duke and Duchess of Hastings’ house: Clyvedon Castle

Daphne and Simon’s house, where the couple retreats mid-season for their honeymoon, is a massive estate that goes by the name Clyvedon Castle. The rightful inheritance of the Duke of Hastings, the castle is supposedly the biggest residence in Clyvedon village, which Simon starts spearheading soon after their arrive at the estate.

Arguably one of the most memorable homes on the show (though admittedly, the competition is quite fierce), the fictional country house of the Duke and Duchess of Hastings is actually a real-life castle known as Castle Howard — a 16th century palace in North Yorkshire that beams with history. The estate dates back to 1699, and was once home to the 3rd Earl of Carlisle.

In fact, the private residence has been the home to the Carlisle branch of the Howard family for more than 300 years, and it often lends its exteriors to filming crews; other movies filmed at Castle Howard include the 1995 mini-series The Buccaneers, Stanley Kubrick’s 1975 film Barry Lyndon, and Brideshead (both the 1981 TV series and the 2008 film adaptation). The castle and mausoleum were also used as the setting for the 2018 Arctic Monkeys video Four Out of Five.

Which Bridgerton house did you find most impressive? Let us know in the comments section below.

Is it Real? Lucifer’s Den of Sin & Luxury Penthouse at Lux
Where to Find the Real Carrington Manor from ‘Dynasty’
The Real-Life Homes from Modern Family — and Where to Find Them
The ‘Fresh Prince of Bel-Air’ House Isn’t Even in Bel-Air 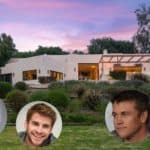 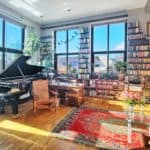