One time during the early 1970s, Stephen King opened an atlas at random on his kitchen table and decided that he and his wife would travel to whatever location it opens to. The atlas happened to open to a page about Boulder, Colorado, and that’s how the story of The Shining began. Or so the legend goes.

King and his wife Tabitha checked into The Stanley Hotel in Estes Park, Colorado, on October 30th, 1974. Having recently written Carrie and Salem’s Lot, two novels set in the writer’s home state of Maine, King needed a change of scenery to get his inspiration going. And boy, did he get it going at The Stanley Hotel. The hotel’s on-site pet cemetery served as inspiration for another successful King novel. I don’t think we need to tell you the name of that one; you get the gist.

The couple arrived at the Stanley right at the close of the tourist season, as all the other guests were checking out. The writer and his wife were the only guests at the hotel that night, as they checked into room 217, which was allegedly haunted. That obviously didn’t deter King, but the eeriness of the massive hotel on the edge of the Rocky Mountains ultimately did.

The pair had dinner in the hotel’s grand hall, all by themselves, after which King took an evening tour of the grounds and ended up at the hotel bar, where he was served by a bartender named Grady.

That night, King had a nightmare that his young son was being chased by a firehose around the hotel corridors, and woke up in a sweat. The experience at The Stanley Hotel reportedly sparked the inspiration for The Shining, which King first envisioned while staying there as a guest.

The Shining couldn’t have come at a better time for the Stanley, which had lost its appeal to tourists and was beginning to fall into neglect. It didn’t exactly help that it always closed during the winter, as the heavy snow would make getting there nearly impossible.

The success of The Shining sparked new interest in the hotel, and guests soon started flocking to Estes Park, all trying to check into room 217. Even now, that room is booked solid, and it’s basically impossible to find it available on Halloween.

Before we go further into the history of the Stanley, let’s clear up something that many of you might be wondering. You’ve surely noticed that the Overlook hotel in Stanley Kubrick’s The Shining, starring Jack Nicholson, looks nothing like the Colorado hotel. That’s because the production crew chose a more accessible and convenient location to film the exterior shots for the movie. Kubrick’s Overlook is actually the Timberline Lodge at Mt. Hood in Oregon.

Stephen King wasn’t exactly thrilled by Kubrick’s portrayal of Jack Torrance and his eponymous novel, to put it nicely.

Consequently, in 1997, a King-approved take on the story was released, in the form of a three-part miniseries dubbed Stephen King’s The Shining. The miniseries used the Stanley Hotel for all exterior shots, and even some interior scenes, honoring the place where The Shining first took shape.

The history of the Stanley Hotel, otherwise known as the Overlook

The picturesque, Colonial Revival hotel in Estes Park, just 5 miles from the entrance to Rocky Mountain National Park, is widely known around the world today, thanks to the horror novel that it inspired.

But not that many people knew about it before The Shining. That might have had something to do with its secluded location and the fact that it stays closed during the winter months. However, back in the early 1900s, the Stanley was buzzing with activity. Let’s go back to the beginning.

In 1903, Freelan Oscar Stanley, owner of the Stanley Motor Carriage Company, which made the fastest-then vehicle on earth — the Stanley Steamer — was struck down with tuberculosis.

Doctors didn’t have much hope that he would survive the disease, but advised him that the cool air of the Rocky Mountains might help alleviate his symptoms. They, however, didn’t really think it would help much, and were convinced the next time they would see Stanley was at his funeral.

Imagine their surprise when they learned that Stanley was recovering nicely after spending time in the mountains. The businessman became enamoured with the mountain views and the clean air, so much so that he would return to Estes Park every summer from then on.

He ended up building himself a home in the Rockies, and began construction on The Stanley Hotel in 1907.

The Stanley was built according to F.O. Stanley’s specifications, with the help of Denver-based architect Theilman Robert Weiger.

The 142-key hotel opened on July 4th, 1909, and quickly became a hotspot for upper-class guests and a health retreat for those suffering from tuberculosis.

The hotel, located at 333 Wonderview Avenue, with its breathtaking views of Lake Estes and the Rockies (particularly Long’s Peak) is now a national landmark. The Stanley Hotel Historic District incorporates 11 structures, including: the main hotel, a concert hall, a carriage house, a manager’s cottage, a gate house, as well as The Lodge — a smaller bed-and-breakfast originally named Stanley Manor.

Today, the Stanley offers both historic rooms at the main hotel, apartment-style residences for extended stays called Aspire, and one- to three-bedroom condominiums dubbed Residences. It also incorporates more than 14,000 square feet of sophisticated meeting and event space, and a number of indoor and outdoor wedding venues.

A unique feature of the Stanley is that it doesn’t have — or need — air conditioning; the hotel is naturally cooled by the mountain breeze, and it has been built to make the best of that breeze in order to ventilate the property.

The hotel also offers something for those seeking a ‘paranormal thrill.’

It features a variety of rooms with allegedly high paranormal activity, including room 217 (now called the Stephen King Suite), and rooms 401, 407 and 428, which are said to be haunted by ghosts. There are a lot of horror fans out there, so obviously these rooms are highly requested and almost never available.

Another fun fact is that The Stanley Hotel served as a filming location for a movie on the complete opposite end of the spectrum, the 1994 comedy Dumb and Dumber, starring Jim Carrey, which was filmed on location.

The Stanley re-imagined by Stephen King

‘Some of the most beautiful resort hotels in the world are located in Colorado, but the hotel in these pages is based on none of them. The Overlook and the people associated with it exist wholly in the author’s imagination.’ – The Shining by Stephen King

While it might be true that the Overlook hotel is a feat of imagination, the similarities between the fictional hotel and the Stanley are pretty obvious. Here’s what hotel manager Stuart Ullman tells Jack Torrance about the history of the Overlook in the first pages of the novel:

‘The Overlook was built in the years 1907 to 1909. The closest town is Sidewinder, forty miles easy of here over roads that are closed from sometime in late October or November until sometime in April. A man named Robert Townley Watson built it, the grandfather of our present maintenance man. Vanderbilts have stayed here, and Rockefellers, and Astors, and Du Ponts. Four Presidents have stayed in the Presidential Suite. Wilson, Harding, Roosevelt, and Nixon.’ To this description, Jack replies: ‘I wouldn’t be too proud of Harding and Nixon.’

In King’s novel, the Overlook hotel is inhabited by dark forces lying in wait every winter for human minds to invade and control. Both Jack Torrance and his predecessor, Grady, become victims of these dark forces, which Ullman describes as ‘cabin fever.’

The isolation and silent enormity of the hotel take a toll on Jack’s already fragile mind, and the dark forces of the Overlook turn him against his own family.

In the novel, Jack’s clouded, drunken trance-like state makes him forget all about the hotel’s boiler, which ends up exploding and burning it to the ground. Jack’s wife Wendy, his son Danny and Dick Halloran are the only survivors, and the hotel is soon being reconstructed.

In Kubrick’s interpretation, the plot is a bit different. Jack chases his son with an axe through the hotel’s on-site maze, but eventually becomes lost and trapped as Danny escapes with his mother. Jack Torrence ends up freezing to death inside the hedge maze.

The immense popularity and success of Kubrick’s adaptation led managers at the Stanley Hotel to build their very own hedge maze on the grounds, thus creating yet another attraction for fans of the novel and the movie.

Whether you’re a die-hard Stephen King fan, a Stanley Kubrick fan, a horror aficionado, or just enamoured with the Rocky Mountains, you’ll feel right at home at the Stanley Hotel. The unrivalled view alone is enough to make you want to return every year, just as Oscar Stanley did.

The Mysterious Allure of Stephen King’s House, the Beating Heart of Bangor, Maine
Owners of House that Inspired ‘The Conjuring’ Say It’s Haunted, Plan to Open It to the Public
Highclere Castle: the Real Life Downton Abbey Castle, Now Briefly Open to Fans of the Show
Darkness Into Light: How the Sharon Tate Murder House on Cielo Drive Shed Its Sordid Past 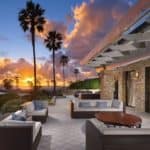 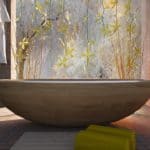