If Xavier’s School for Gifted Youngsters existed in real life — not just the building itself, but the actual institution — it would probably be the coolest school in the world.

Hanging out with other gifted students, practicing your superpowers all day long and learning new techniques and abilities to control your powers sounds amazing, but unfortunately, that only happens in the movies.

Throughout the entire span of the X-Men franchise, The X-Mansion served as a safe haven for youngsters and teenagers with special abilities, a place where they can develop and control their powers, making sure they wouldn’t harm themselves (or others) in the process.

The mansion served as a centerpiece of sorts for many of the movies in the popular franchise, essentially developing into a character in its own right, becoming just as famous as the iconic Wayne Mansion.

In the movies, the Xavier Institute is located in Upstate New York, and its fictional address is 1407 Graymalkin Lane, Salem Center, in Westchester County, New York.

But the sprawling property is much harder to place off-screen, as multiple locations served as the real-life mansion throughout the entire X-Men franchise, including the famous Casa Loma, Canada’s Parkwood Estate and Hatley Castle, as well as The Englefield Estate in the UK.

And since so many iconic scenes have been filmed at these locations, we wanted to take a closer look at each and every one of them and walk you through the estates that played the memorable role of Professor Xavier’s ancestral home. So let’s start at the beginning.

An X-iting franchise start: Casa Loma & Parkwood Estate were the First to Portray the Xavier School for Gifted Youngsters

The first X-Men movie came out in 2000 and was directed by Bryan Singer. The film was a massive success, and kickstarted an entire franchise which just recently ended in 2020 with The New Mutants.

And since first impressions are always there to stay, the very first X-Mansion is also one of the most memorable ones.

However, you’d be surprised to learn that there were two different properties that portrayed the role in the first movie. Both Casa Loma and Parkwood Estate helped the X-Mansion come to life, and contributed to the success of what was yet to become a highly successful franchise.

Why two properties, you might ask? That’s because one of the locations was used to portray the exterior of the school, while the other was used exclusively for interior shots.

Parkwood Estate, located in Oshawa, Ontario served as filming location for the exterior of Xavier’s unique school (and longtime family home). Looking back now, it seems quite modest compared to the other mansions showcased in more recent films in the series.

However, director Bryan Singer managed to manipulate the camera in such ways that the angles in the movie don’t give away the true size of the mansion.

Located at 270 Simcoe Street North in Oshawa, this timeless 15,000-square-foot grand estate is one of Canada’s most prized possessions, packed with history, art and breathtaking architecture.

The good news is that anyone can visit the estate and enjoy its lush gardens and original furnishings, so if you happen to be visiting Ontario, Canada, make sure to add it to your itinerary. The mansion was built between 1915 and 1917 and has 55 rooms.

While Parkwood Estate was used for exterior shots, the interior of the Xavier School was filmed at Casa Loma, which sits in midtown Toronto, Ontario.

Many iconic shots took place here, including the one where Logan (Wolverine) bursts into Professor Xavier’s study, which is located on the ground floor of the estate. The castle’s conservatory room was used as a classroom in the film, while the basement was converted into a garage.

The castle is filled with breathtaking views, and you can head on to Casa Loma’s website for a virtual tour, or book a real-life visit. Keep in mind that the castle was revamped for the 2000 X-Men movie, so you might not find many similarities if you visit it nowadays.

Either way, it’s still worth a visit, especially knowing that Casa Loma also served as the filming location for countless other movies including Scott Pilgrim vs. the World, Warehouse 13, Descendants, Strange Brew, and Chicago.

Hatley Castle: A place that the X-Men call home

Following the success of the first film, 20th Century Fox saw the full potential of the franchise, and decided to go big. One of the first major changes in the second film was the X-Mansion.

For X2: X-Men United, and many that came afterwards, the location for Xavier’s School for Gifted Youngsters became Hatley Castle, another well-known Canadian estate.

Located in Colwood, British Columbia, Hatley Castle’ interiors and exteriors went on to become staples for the X-Men Universe, due to the many iconic scenes and unforgettable moments that took place here.

Shots of the Xavier Institute from X2: X-Men United, X-Men: The Last Stand, X-Men: Days of Future Past, X-Men: Apocalypse and even Deadpool have all been filmed at Hatley Castle.

The castle and its grounds are packed with history, and since 1995, the mansion and estate have been used for the public Royal Roads University — not exactly a school for mutants, but it’s nice to know that the castle is actually a school.

At the time of its release, X-Men: First Class served as a soft reboot of the franchise and followed the storyline of the younger version of the mutants from the first three movies. The main storyline shows how Professor Xavier established the Xavier School for Gifted Youngsters and trained his first class.

The location for the X-Mansion in this movie was The Englefield Estate, which is located in the United Kingdom in Englefield, Berkshire county.

From its interiors to the architecture and the grounds it sits on, this Elizabethan country house is breathtaking. The estate was built in 1558 and underwent substantial alterations in the 1820s.

In X-Men: First Class, several iconic scenes were shot in this castle, including scenes in the wood-paneled library and extensive gardens. The gardens are open to the public all year round on particular weekdays, while the house can only be visited by booking an appointment as a large group.

Each and every one of these breathtaking locations are open for visitation in some shape or form (though some visitation limits might be in place at this time), and with most of the locations being right not far from the U.S. border, they’re well worth the trip—especially if you’re a die-hard fan of the movies.

Placing the Avengers Tower on the NYC Skyline 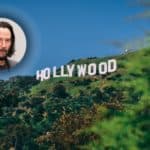 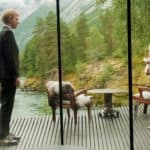