The legendary TV drama The Sopranos first hit our screens back in 1999, and it did so with a bang. We were hooked from the very first episode, looking befuddled at an unusual portrayal of an Italian Mafia capo.

We’re introduced to Tony Soprano as a slightly overweight and balding mob guy living in suburban New Jersey, who has a panic attack and faints in his own backyard. As it turns out, being a gangster comes with a lot of stress, and so Tony starts going to therapy and slowly opening up over the course of the series. 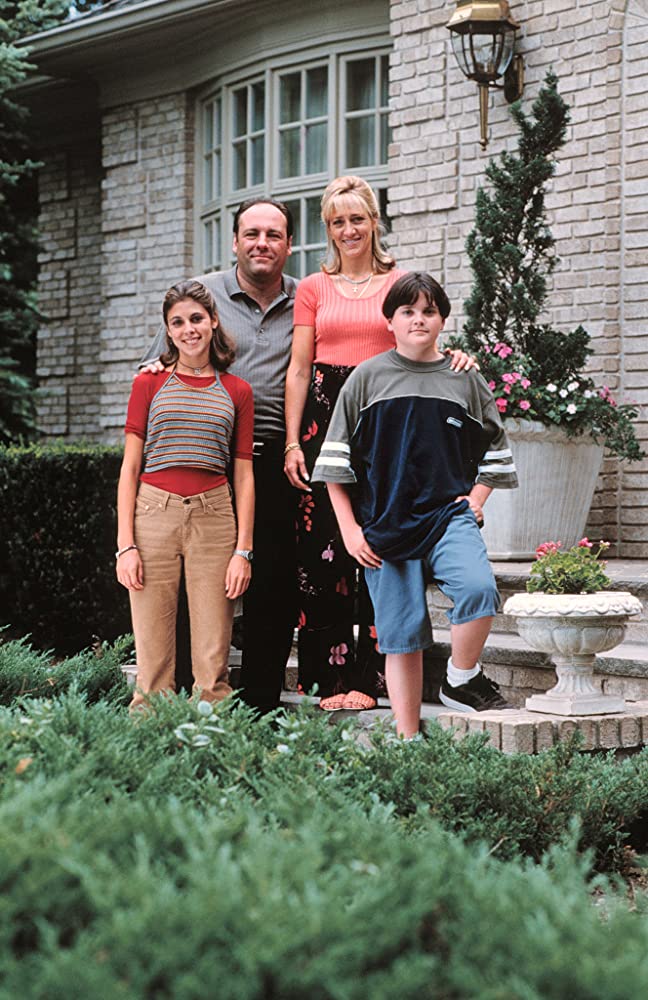 The house is, in a way, the first character in the series that we’re introduced to, right at the end of the opening sequence. From the very start, Tony and his New Jersey home are inextricably linked, and the iconic mansion is the setting for many joyous and humorous scenes, as well as the backdrop for some of the darker moments in the life of the Soprano family.

The first episode of the series gives us a glimpse into Tony’s seemingly-normal family life, starting with his early-morning ritual of walking down the long and winding driveway to pick up the newspaper. The end of the driveway has reached cult status for the show’s fans, who come here to take pictures of themselves in a robe, picking up the paper like Tony. 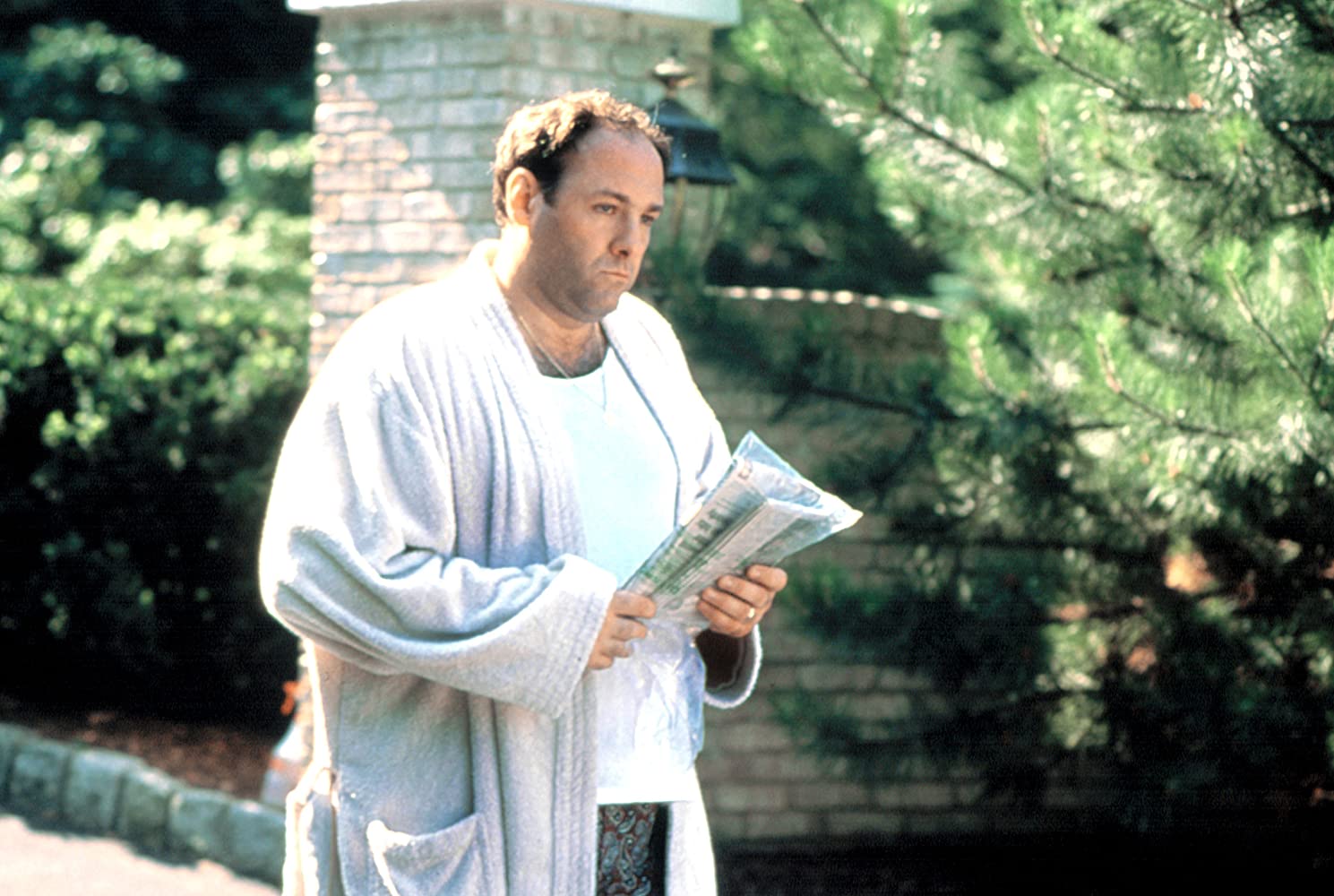 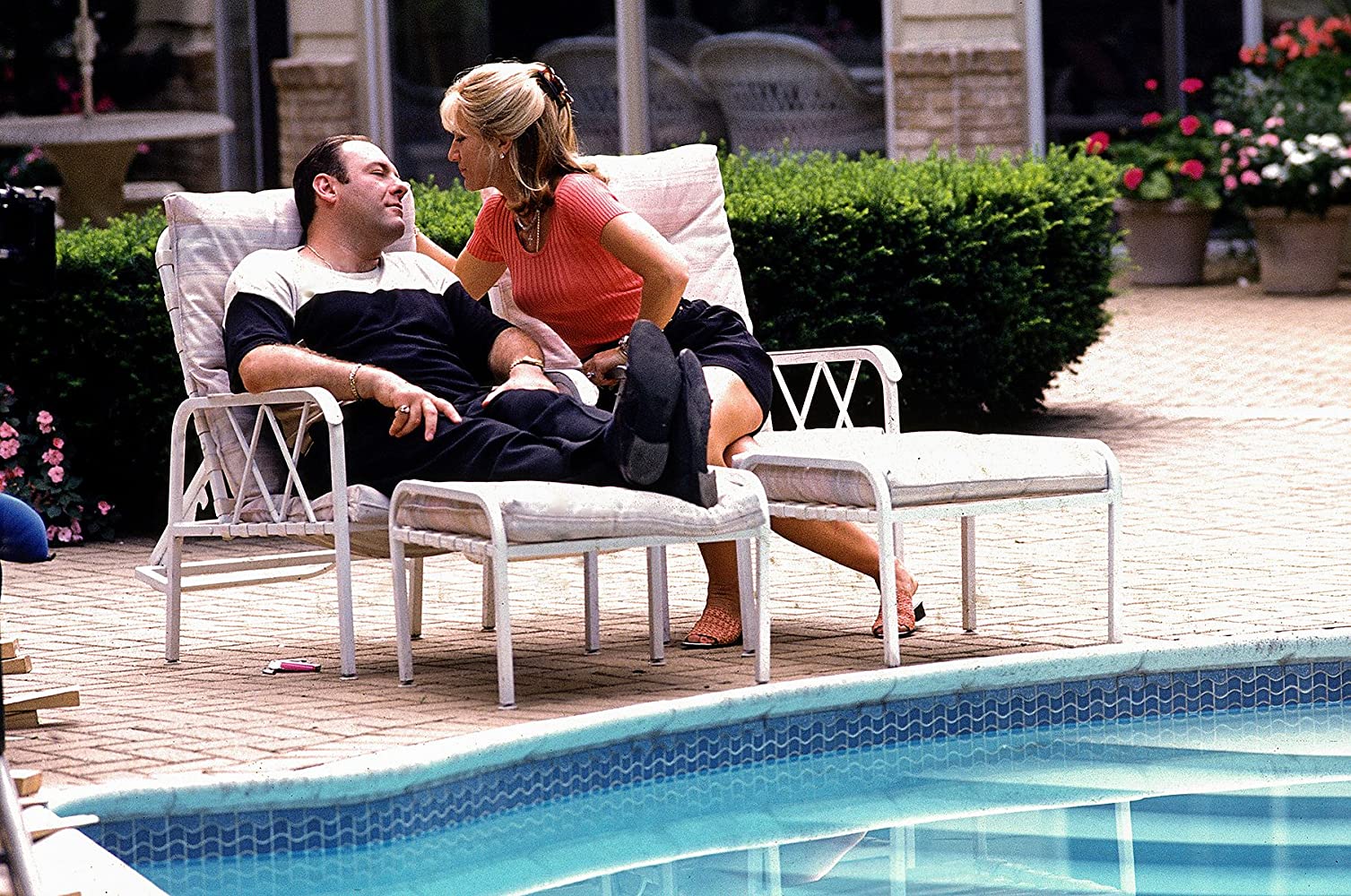 The heart of the Sopranos’ home is, however, the kitchen. This is where all the important and unimportant conversations take place, where Carmela cooks up delicious Italian food for the family, and where Tony has his cereal every morning.

The kitchen is where the members of the family come together, and the amount of food that’s served here might just explain Tony’s weight. 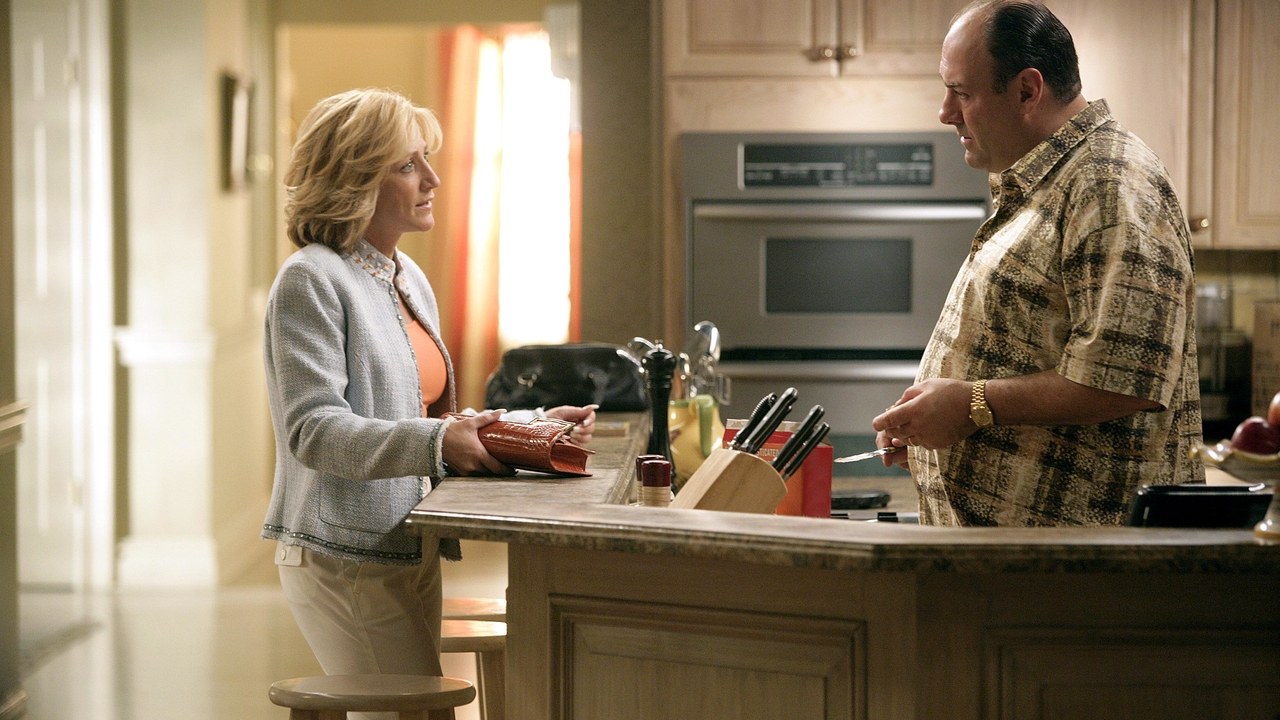 The kitchen is even more important than the dining room, where the family gathers every evening with Tony at the head of the table. These dinners are a lot more uptight and formal, as the Sopranos always have over friends or family for dinner. Putting various strong Italian characters in the same room means that these family dinners almost always end up in a fight.

Another important area of the house is the basement/laundry room. This is where crucial, secret conversations take place between Tony and his ‘associates,’ as it’s the only place in the house where he feels safe nobody’s listening. That hypothesis is valid until the first episode of the third season, when FBI agents successfully bug Tony’s basement and join in the fun. The scene is filmed flawlessly and features one of the best song mashups we’ve ever heard.

Just like Walter White’s home in Albuquerque, the iconic home of the Soprano family is quite real. It’s located in North Caldwell, New Jersey and has been owned in recent years by the Recchia family.

Even though James Gandolfini’s unexpected passing in 2013 broke our hearts, his legacy lives on, and a lot of it is concentrated in the Recchias’ house in North Caldwell. Most of the interior is recognizable from the TV series, even if the indoor scenes were mostly shot at Silvercup Studios, where the producers constructed a replica of the home.

According to the owners, the cast and crew were quite fond of the house, and Gandolfini greatly enjoyed filming his poolside scenes. The 5,600-square-foot mansion and its fabulous-yet-cozy backyard was used for filming somewhere between 30 and 50 times throughout the show’s six seasons.

Besides the obvious nostalgic feeling that the house gives us die-hard fans, it also has plenty of modern amenities to offer. The property includes the main house, which comes with four bedrooms, four bathrooms and a powder room; a detached guest house with one bedroom; as well as two two-car garages, and of course, the pool. The homeowners told the Times that property taxes are $34,005/year.

The current owners have actually been trying to sell the house, so if your dream is to live in Tony Soprano’s mansion, then this is your chance to make it a reality.

The only negative to this house, as far as we can tell, is that you’ll never know if that car parked at the end of your driveway is packed with FBI agents waiting to tap your house while a Henry Mancini/The Police mashup plays in the background.

The Byrde Family House in ‘Ozark’ is Actually in Georgia
Rick Dalton’s House in ‘Once Upon a Time in… Hollywood’
The Dream House Derek Built for Meredith in “Grey’s Anatomy”
Behind the Evil Eyes: The (Real) Story of the Amityville House

as seen on tvnew jersey