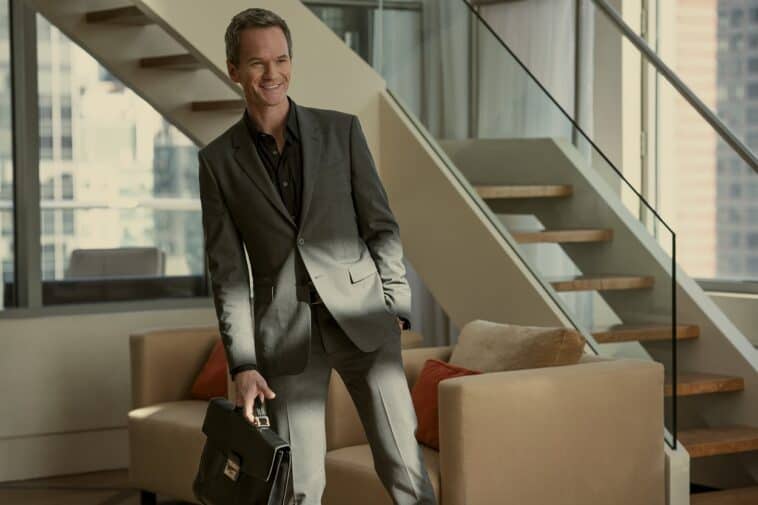 Much like Darren Star’s past hits — Sex And The City, Emily in Paris — the Netflix rom-com series Uncoupled is as much focused on the bustling city where the action takes place as it is on the love life and misadventures of its characters.

Though this time around, Star took things one step further, incorporating the city’s iconic buildings in the storyline.

The protagonist, Michael Lawson (brilliantly played by Neil Patrick Harris), is a real estate broker in the city — giving extra weight to the role the Big Apple plays in the new Netflix series.

Michael and his business partner, Suzanne (played by Tisha Campbell) hold listings throughout the city, and walk us through (or namedrop) some iconic New York City landmarks.

Case in point: in the first episode, the two lose out on a listing at The Beresford, an Emery Roth-designed co-op neighboring Central Park that’s considered to be one of the most recognizable buildings in all of New York.

But the main characters’ own chic city pads don’t leave much to be desired either.

That’s why we did some digging to find the apartment buildings featured on the show — and give you a better idea of how much they cost and what makes them stand out.

If you’ve fallen for the apartment Michael and Colin share on Uncoupled, you’re not alone.

Dating back to 1929, the prewar building consists of 75 upscale apartments spread across 15 floors.

Designed by Schwartz and Gross, a leading architectural firm that designed numerous apartment buildings in the city during the first half of the 20th century, the Gramercy Park landmark features Neo-Gothic details that include a limestone arch and casement windows, with terra-cotta panels and brickwork.

The average price in the building is $1,327/square foot, according to CityRealty.

While we don’t know how much Michael and Colin’s apartment would cost, there are currently 2 active listings in the building — each of them one-bedroom apartments priced at $1,295,000 and $1,350,000 respectively.

Fun fact: the Uncoupled apartment is about 1.5 miles away from another NYC home made famous by Darren Star: Carrie’s apartment in Sex And The City, which recently made a comeback in the sequel series, And Just Like That…

Claire’s apartment at 556 Third Avenue, at The Aurora/Oakwood Residence

Throughout the first season of the series, Claire’s apartment — on the market following her divorce — is Michael’s most coveted listing.

And most definitely not an easy sell thanks to the owner’s many demands.

Claire’s apartment is set in the The Aurora/Oakwood Residence at 556 Third Ave, centrally located between 36th and 37th on Third avenue in Murray Hill, Midtown East, NY.

The Aurora is a luxury full service condominium with 24/7 doorman, a gym, business center, and an expansive rooftop with 360 views of the city.

We don’t know exactly which unit at the Aurora served as filming location for the Uncoupled scenes that take place in Claire’s apartment.

That should give you a ballpark idea of how much the apartment sold for on the show (though it wouldn’t necessarily justify the crazy high commission Michael gets from the sale).

While we couldn’t verify this information, rumor has it that Michael’s parents live in another Schwartz and Gross building — and one that’s made quite a few TV appearances.

The eagle-eyed team at Decider spotted some uncany resemblances between the Uncoupled apartment and the one Midge Maisel’s parents live in on Amazon Prime’s popular series, The Marvelous Mrs. Maisel.

So they reached out to a Netflix publicity rep, who confirmed that an owner whose apartment was used in Uncoupled said their space was also used in The Marvelous Mrs. Maisel. Jackpot!

And while the exact apartment number wasn’t specified, the reveal confirms that the scenes were filmed at The Strathmore, an upscale 12-story building set at 404 Riverside Drive in Morningside Heights.

The prewar co-op was built in 1909 by the design team of Schwartz and Gross — the same architects that designed the building Michael supposedly lives in.

The building has a distinctive entrance marquee that was originally made of glass with dramatic five-globed torcheres positioned at each side.

Built around the same time as other iconic New York buildings like The Dakota or the San Remo, the residential building was envisioned to attract wealthy New Yorkers that hadn’t yet warmed up to the idea of apartment living.

That’s why in the beginning, The Strathmore only had two massive 10-room residences per floor, each featuring intricate plaster moldings, parquet floors with inlaid borders, high ceilings, walnut paneling and mahogany doors.

Is it Real? Carrie Bradshaw’s Apartment in “Sex and the City”
The Nitty Gritty on Maxine’s Apartment in ‘Russian Doll’
‘Only Murders In The Building’: Is the Arconia Apartment Complex Real?
Monica’s Purple Apartment in ‘Friends’, the Place where Friendship is Forever 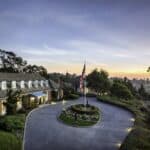 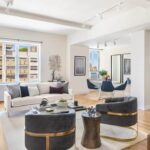