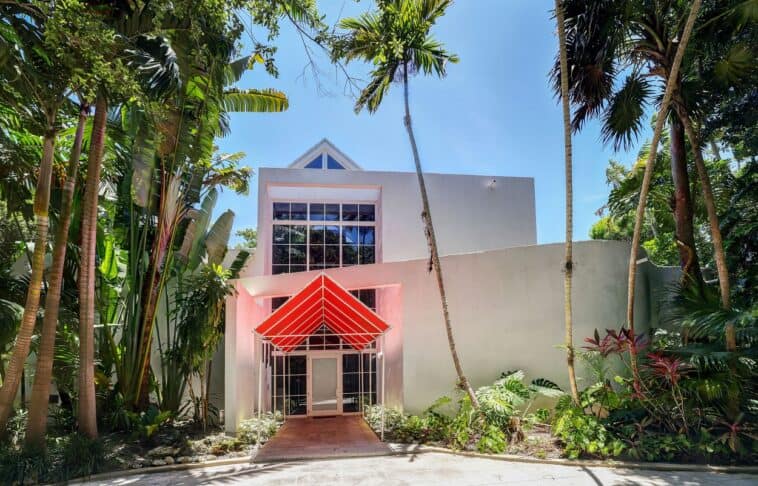 When you think back to the 1980s — the look, the sound, the feel — you likely conjure up thoughts and vibes from one of the most influential TV shows of the decade: Miami Vice.

But if you happen to be too young to remember, we’ll happily bring you up to speed.

The series, which ran for five seasons on NBC from 1984 to 1989, followed two Metro-Dade Police Department detectives working undercover in Miami.

And coming out of that time capsule — in a perfectly preserved state — is a 1987-built home in Coral Gables, Florida that was once featured in the hit TV series.

Recently listed for $4.2 million, the property was prominently featured in the episode Deliver Us From Evil (Season 4). But its Miami Vice connection is not the only thing that anchors the home firmly in the 1980s.

The 4,884-square-foot property is a living tribute to the era, featuring some of the most iconic design elements of that time.

In fact, the property’s owners have perfectly retained the aesthetic of this contemporary-style home as it appeared on Miami Vice.

The 5-bedroom, 5.5-bathroom home sits on a roughly one-acre lot in the Miami-adjacent city of Coral Gables, known for its tree-lined boulevards, ivy-covered mansions, and historical landmarks (including the world-famous Biltmore Hotel and the Venetian Pool, both built in the 1920s).

Set in the Hammock Lakes guard-gated community, the home stands out with its curved sensibility, volume ceilings, a modern sprawling kitchen, and an expansive living room with floor-to-ceiling windows looking out to serene views.

Outside, there’s a generously sized pool surrounded by lush greenery.

The home is likely to go under contract quickly, so if you’ve been looking for a chance to bring the ’80s back into your life, act fast!

Christian Bale’s house in ‘Ford v Ferrari’ lands new owner in just 28 days
House from ‘The Hangover’ Hits the Market for $10.8 Million (and It’s Worth Every Penny)
The Troubled History of Gianni Versace’s Mansion, a Miami Beach Treasure
Grant Cardone’s Houses: A $40M ‘Castle on the Sand’ and a Wildly Colorful Main Residence in Florida 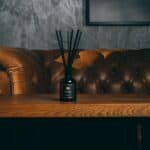 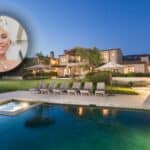