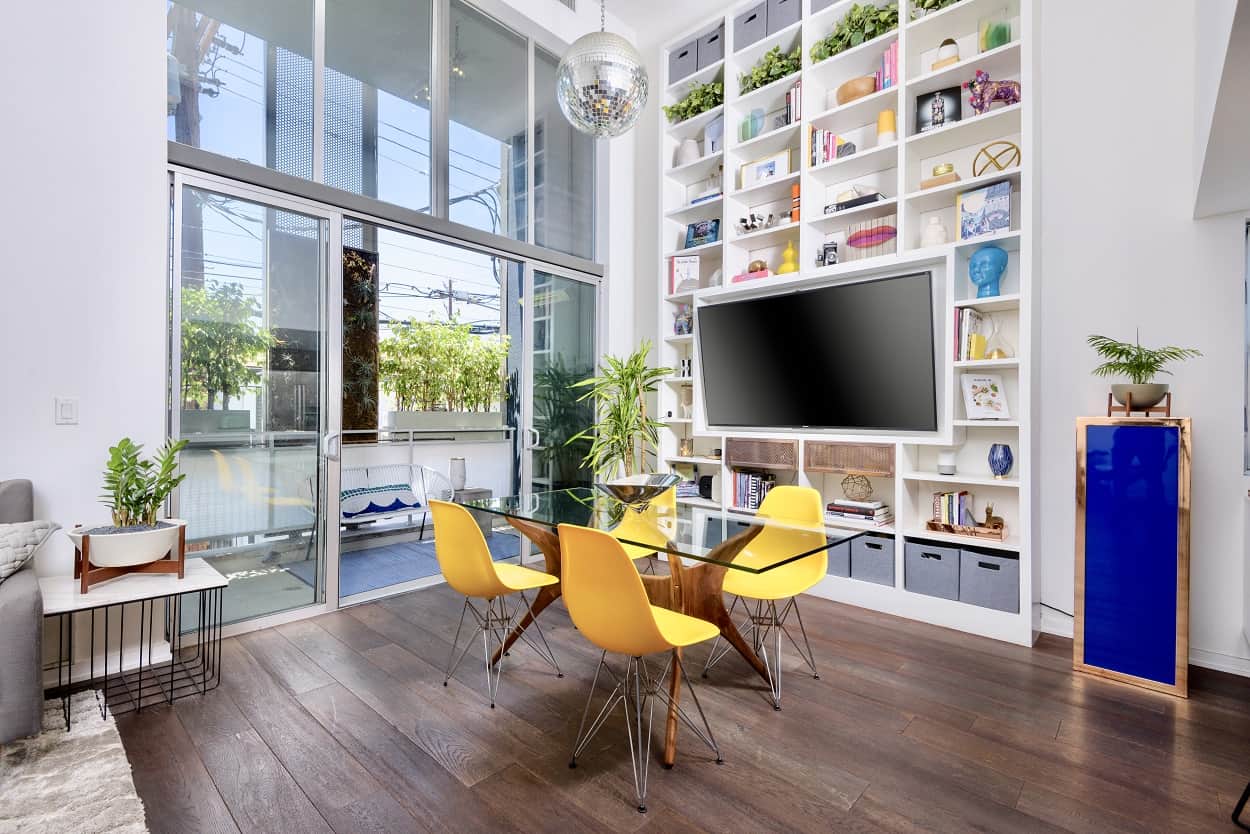 Some of the greatest music albums of all time have been recorded in Los Angeles, the ‘Creative Capital of the World.’ Many of them at the legendary Cherokee Studios in West Hollywood, which opened in 1972, operated by the Robb brothers.

This is where David Bowie met Frank Sinatra and recorded his Station to Station album; it’s where Michael Jackson recorded Off the Wall, and where Warren Zevon recorded his final album. It’s basically holy ground for music lovers.

Though the studio was closed in 2007 and subsequently converted to residential ‘work/live condos,’ its legacy cannot be erased, and the spirit of the 70s can still be felt throughout the property. Now, you have a chance to tread in the footsteps of the iconic artists who recorded music at the studio.

A two-story condo came to market at 751 N. Fairfax Avenue via The Agency‘s Nick Collins, and it’s asking $999,000. That’s a pretty good price considering you’d be owning — and living in — a piece of music history.

The 1,287-square-foot condo is part of Lofts @ Cherokee Studios, a LEED Platinum Work/Live residential complex that sits on the site of the former recording studio.

Developed by REthink Development with the help of studio founder Bruce Robb, the project includes 12 condos that can also be used as intimate recording studios, carrying on the legacy of the site.

Nestled behind a security gated entryway in West Hollywood, the stylish, turn-key condo features an expansive living space with 16-foot ceilings, a state-of-the-art kitchen, a cozy dining space looking onto a private balcony, and a light-filled master bedroom complete with a master bathroom.

For those who want to make the best of the property’s history, the condo also serves as the perfect setting for recording music.

Bruce Robb and his company A&R Studio Design + Construction worked with the developers to ensure that residents have the best acoustics and equipment available, and all the living spaces are pre-wired for 5.1 surround sound.

The magical history of Cherokee Studios

The Robb brothers set up the original Cherokee Studios in the early 70s at a ranch in Chatsworth. After MGM vacated its studios on Fairfax Avenue, the brothers moved in, and surprisingly ‘inherited’ some of the artists who had recorded with MGM, including Frank Sinatra.

The private studio quickly gained recognition; according to Bruce Robb, David Bowie showed up one day, played a chord on the piano, and concluded, ‘Cherokee..this will do nicely.’ He ended up recording his highly acclaimed Station to Station album there in 1975.

Check out the video below to get a glimpse into the magical history of 751 N. Fairfax Avenue:

Cherokee Studios is currently back in the recording business in a new Los Angeles location at 5241 Melrose Avenue. 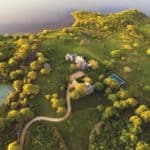 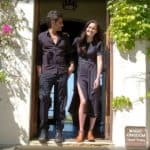