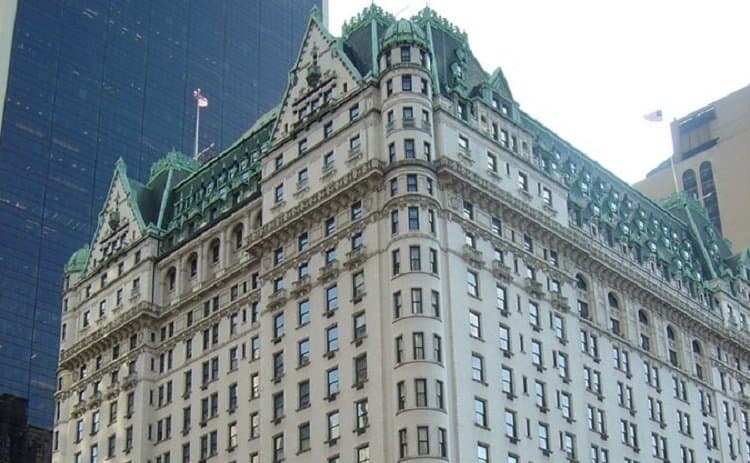 With the holiday season right around the corner, our thoughts quickly jump to Christmas classics and the uplifting movies that start running on repeat this time of the year.

And when it comes to holiday movies, there’s no match for the feel-good adventures of Kevin McCallister (famously played by Macaulay Culkin).

While in the first movie, the action takes place in the now-iconic Home Alone house in Chicago, the second Home Alone movie takes us on a trip to New York City, where Kevin — equipped with his dad’s credit card — splurges on a posh hotel room at the Plaza.

And if the movie made a lasting impression on you and you’ve been fantasizing about living at the Plaza, Kevin McCallister-style, there’s a way to make those dreams come true — provided you too have astounding credit and maybe a few million to spend.

Buying a residence at the Plaza Hotel in New York

A while back, we covered a $6.5 million residence that came to market in the 20-story luxury hotel and condominium building set in Midtown Manhattan — prominently featured in Home Alone 2.

That’s right, The Plaza is more than one of New York City’s most exclusive hotels.

The building, often the go-to destination for business travelers, dignitaries, celebrities, and high-profile executives visiting the city, is also home to some spectacular private residences that often sell for exorbitant amounts.

And if you’re curious about what the Plaza Hotel looks like on the inside, check out one of the building’s exquisite residences — a spacious 2-bedroom, 2.5-bathroom condo which prides itself on offering one of the best floor plans and layouts in the building:

Fitting for a home set in one of the most exclusive buildings in the city, the apartment comes with imposing features like 11-foot ceilings, signature decorative finishes (exclusive to Plaza residences), a formal foyer, a sprawling living room, and massive windows overlooking Grand Army Plaza and Fifth Avenue at the southwest corner of Central Park.

The living room has a decorative marble mantel and wide-plank herringbone flooring, and opposite the foyer, an expansive formal dining room.

The two bedrooms are contained in their own wing, per the listing, with a generously sized primary bedroom that accommodates a sitting area, a home office, and two large walk-in closets. The main bedroom’s en-suite bathroom features a large marble-clad walk-in shower, a deep soaking tub and a double sink vanity, and has been outfitted with Lefroy Brooks fixtures and an original Plaza mosaic tile inlay floor.

Now, if you were to book a stay at the Plaza Hotel, you too would likely rather use somebody else’s credit card — as rooms in the infamous New York hotel have very hefty fees.

A one-night stay at the Plaza Hotel in New York with cost you upwards of $900, with prices going up for the holiday period.

Included in the price: staying at the center of it all, and enjoying one of the best locations in all of New York, with proximity to Central Park and the city’s top destinations at your doorstep.

Set at the corner of Fifth Ave and Central Park, the Plaza Hotel is surrounded by the best Manhattan has to offer (including Central Park, glamorous shopping avenues that line Fifth and Madison Avenue, and world-class restaurants).

There are also quite a few ultra-luxurious perks that Plaza residents get to enjoy — alongside the hotel’s illustrious guests.

And if the fictional Kevin McCallister from Home Alone isn’t big enough of a celebrity in your book, you might be duly impressed by other famous residents of the Plaza: Marlene Dietrich lived here for about a year, as did legendary architect Frank Lloyd Wright, novelist F. Scott Fitzgerald, fashion designer Christian Dior, and John Lennon and Yoko Ono.

While the Plaza Hotel is easy enough to find, the second Home Alone movie left many fans wondering: where is Uncle Rob’s house?

The Home Alone 2 brownstone, the movie’s key location for Kevin McCallister’s traps and ingenious tricks trying to fend off the same dimwit bandits, is not a real house in New York City.

The movie places Uncle Rob’s townhouse at 51 West 95th Street in New York. While that is a real address — and the homes that line the street are awfully similar to the Home Alone 2 brownstone — the movie was not filmed on location here.

All scenes showing the Home Alone New York house were filmed on the stage-ready Brownstone Street on the Universal Studios backlot in Los Angeles.

Even though the 51 West 95th Street house didn’t make an appearance in the classic Christmas flick, many people were left wondering how much the Home Alone 2 brownstone would be worth in real life. And, according to real estate website Zillow.com, the townhouse is estimated to be worth north of $6 million.

*This article was initially published in October, 2021, and was later updated for accuracy and to better meet the intent of our readers.

The Real-Life Home Alone House: Then and Now
Where is Dunnock Manor, the Sprawling Family Home in ‘Father Christmas is Back’?
Where’s the House from ‘Home Alone 3’?
Are the Houses From ‘The Holiday’ Real? We Found Iris & Amanda’s Homes 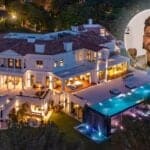 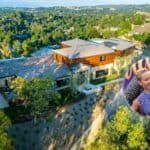