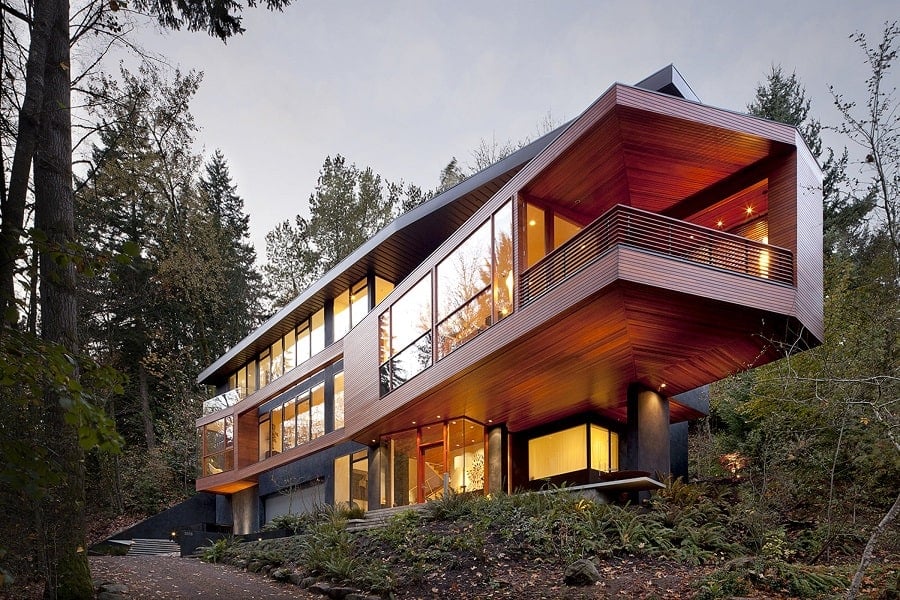 There were two things that stuck with me long after watching the first Twilight movie (and no, I’m not talking diamond skin): the car that Edward Cullen was driving — a sporty Volvo C30 that’s still at the top of my list — and the house the Cullens lived in, a gorgeous modern home tucked away in the midst of lush trees.

And since it’s such a memorable screen presence, we thought we’d answer the question for other movie fans who might come looking: is the Cullen house real or was it just a movie set? Well, I guess that depends on which Twilight movie you’re asking about, as the correct answer is both.

Apparently, the house that served as the Cullen residence in the first Twilight movie is as real as it gets, and you can see it yourself if you ever visit Portland, Oregon.

For New Moon and Eclipse, a separate home in Vancouver, BC was used, with neighboring Squamish, BC serving as a final location for Breaking Dawn 1 and 2.

The Hoke House served as the first Cullen Residence

While said to be in Forks, Washington, the home we’re first introduced to as the Cullen residence in the first Twilight movie is a modern, sleek structure in Portland, Oregon, that goes by the name Hoke House.

The house was named after its owner, John Hoke, a NIKE executive that had it built for his family (in fact, the production team dubbed his house The Nike House, after Hoke’s profession).

To bring his dream house to life, Hoke commissioned architect Jeff Kovel of Skylab Architecture and Metcalf Construction, with Lucy Metcalf as the interior designer and landscaper. The end result: the spectacular contemporary home that serves as the Cullen residence in the first Twilight movie.

Forever etched in the memory of Twilight fans, the Hoke House makes its first appearance in the movies when Edward takes Bella home to meet his family.

Interestingly enough, it’s the house that opens up Edward as a character, his quiet and mysterious nature broken by its spell. Edward Cullen gives context for this, saying that the house, for him and the rest of his family, is “the one place we don’t have to hide”.

And true as that may have been, the Cullen residence is, in itself, secluded enough.

Both in the movie and in real life the house is surrounded by trees, with the real one being set right on the edge of Portland’s Forest Park. Located amidst the woods, the home is as private as can be, with sound-recording security cameras adding to its safety and privacy.

Hoke was reportedly very happy with the idea of having his home serve as the residence of a sophisticated family of vampires like the Cullens, and was more than willing to allow shots from both inside and outside his home. However, this was the only movie in the saga his house appeared in.

The second Cullen house was in Vancouver, BC

In Stephenie Meyer’s trilogy, the Cullen coven lives in the most coveted house in town. What filled in when it came time to film New Moon? A West Vancouver estate that was listed for sale shortly after the movie came out, asking $3,298,000 (I wonder whether a die-hard fan ended up buying the property…)

Designed by Arthur Erickson, and renovated in 2001, the 5-bedroom West Vancouver at 118 Stevens Drive sits on a heavily wooded half-acre lot — yet if you want to catch a glimpse of it in real life, Twilight wiki says it’s possible to get a better view of the corner property from Deep Dene Road.

The building layout is similar to the original Cullen house in Twilight, with noticeable differences such as the main driveway.

The home served as home to the Cullen’s for New Moon and Eclipse and was sold shortly after filming was done, with the producers opting for a shiny, new home in close by Squamish, BC for the two-part Breaking Dawn.

The Squamish, BC house built specifically for the Cullens

Once planning started on the new movie, a new location was set for the Cullen home. Only this time around, they’d be getting a house built specifically for them.

Taking inspiration for the original Cullen house, the real-life Hoke House, a full-scale Cullen residence was constructed near Squamish on a private 50-acre property, complete with a river.

You can spot this house in some pretty crucial scenes throughout the 2 Breaking Dawn movies, including the outdoor wedding and the farewell scene.

However, it’s worth noting that only the exterior of this home made an appearance on the screen. All the indoor scenes for Breaking Dawn were filmed at another Cullen house built inside a sound stage in Baton Rouge, Louisiana against a green screen. The forest was later digitally added.

The Riverdale Residence: Tracking Down Thornhill, the Beautiful Blossom Family Mansion
The House in the Notebook — Allie’s Dream or a Real Home?
Are They Real? The Opulent Homes in ‘Bridgerton’
All the Luxury Houses in ‘Crazy Rich Asians’ — and Where to Find Them in Real Life 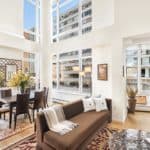 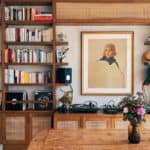