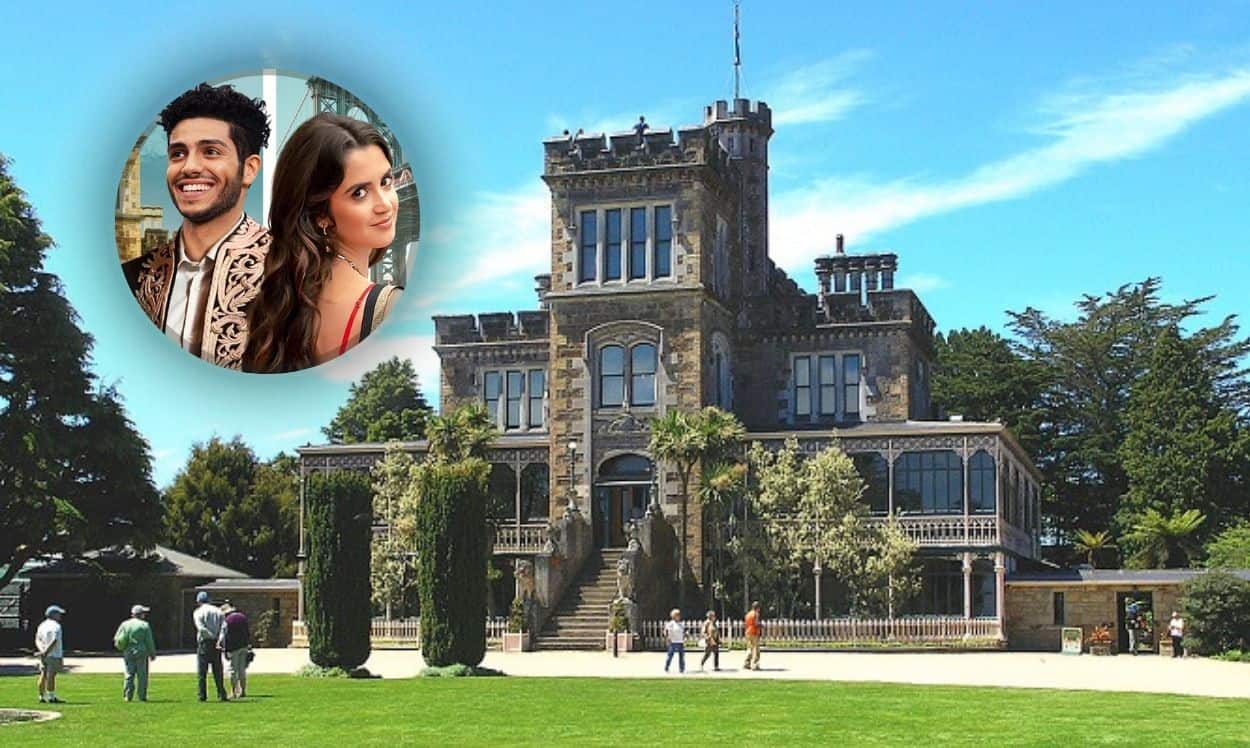 Have you heard about the latest rom com mega hit? Reaching the number 1 spot on Netflix the week of its release (January 20, 2022), The Royal Treatment has all the makings for the perfect common day fairy tale.

Featuring a classic unlikely romance, oodles of breathtaking scenery and a spectacular castle fit for a queen, this film has all the binge-worthy ingredients you’d expect from your favorite streaming service.

Spoiler Alert: here’s a quick breakdown of the film

As the story goes, Izzy (Laura Marano) and Prince Thomas (Mena Massoud) have a fated meeting that leads to a surprising connection. After the prince of Lavania accidentally winds up at Izzy’s New York City salon for a haircut, the unlikely romance begins.

But it isn’t glass slippers, life-changing kisses and royal weddings all at once.

In fact, Prince Thomas is already engaged to a much more likely suitor: a woman named Lauren who is a (profitable) asset to the royal family.

But as fate would have it, a series of destined encounters lead Izzy to the spectacular kingdom of Lavania at the time of the royal wedding.

Does Thomas marry Lauren? Does Izzy return to her salon in New York City? The happy couple does ride away on horseback, but you’ll have to watch the addictive rom com to see who ends up with whom.

Where is the kingdom of Lavania?

Sure, the movie is adorbs. But can we talk about the jaw-dropping scenery throughout the film?

Before you go grabbing your credit card and searching for airports and hotels in Lavania, this made-for-the-movies kingdom is just that: made up.

That said, while Lavania doesn’t exist in real life, the lush land and stunning landscapes you see in The Royal Treatment are real. You’ll find them on New Zealand’s south island, in the city of Dunedin, where the mesmerizing Otago Peninsula acts as the beautiful backdrop to “the kingdom of Lavania.”

The peninsula is volcanic in origin with rocky cliffs and several sandy beaches, including the idyllic white shorelines of Allans Beach (as seen in The Royal Treatment).

And while it’s in no way close to the setting of the most famous movie saga ever filmed in New Zealand — the Lord of the Rings / The Hobbit movies — which were filmed in Matamata, on the other end of the island country, the scenery does take you back to the beautiful on-screen world captured by Peter Jackson.

Tracking down the real-life castle from The Royal Treatment

Not only does the kingdom of Lavania seems like the perfect place to ride off into the sunset with your royal soul mate, but the castle featured in the film is equally as fabulous — and very much real.

Known as “New Zealand’s only castle,” the stunning structure from The Royal Treatment is called Larnach Castle.

Nestled on the ridge of Otago Peninsula, construction on the castle was completed in 1874, and was built as the private residence of entrepreneur and politician William Larnach.

Since 1967, Larnach Castle has been privately owned and opened to the public as a tourist attraction. Which means that Yes, you can visit it in real life, once travel restrictions will be lifted.

Available for tours, weddings, private events and accommodation, Larnach Castle is a significant tourist attraction in Dunedin, attracting over 120,000 guests per year.

SEE ALSO: Emily Cooper’s apartment and all the other Parisian locations from ‘Emily In Paris’

Larnach Castle has been used as a film location on a quite a few other productions.

The Royal Treatment castle has also appeared in TVNZ’s Hanlon, the US-New Zealand film co-production Shaker Run, the live play Castle of Lies, and on paranormal investigative shows such as Ghost Hunt and Ghost Hunters International.

Indoor scenes were filmed at a nearby historic house

Interior scenes of the royal residence have been filmed in a different location: the Olveston Historic Home (set in an inner suburb of Dunedin, New Zealand).

Another popular tourist destination, drawing between 30,000 and 40,000 visitors annually, the Olveston House dates back to the early 1900s, when it was built for a wealthy merchant called David Theomin.

A patron of both music and visual arts, Theomin and his family were big collectors of art, ceramics and furniture.

The house — along with its collections — were donated to the city in the ’60s, attracting visitors who want to get a feel of the sumptuous life in Edwardian New Zealand.

As the home is still fully furnished with beautiful art pieces and heirlooms from the Theomins, it made the Olveston House’s interiors a perfect fit to film the interiors of the royal residence.

Are They Real? The Opulent Homes in ‘Bridgerton’
Menabilly, the Real-Life Inspiration for the Manderley House in ‘Rebecca’
The Downton Abbey House is Real – And You Can Go Tour the Castle
The House in Sweet Magnolias: a Real-Life Inn Poses as the Charming Spa 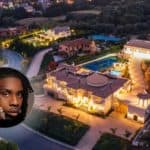