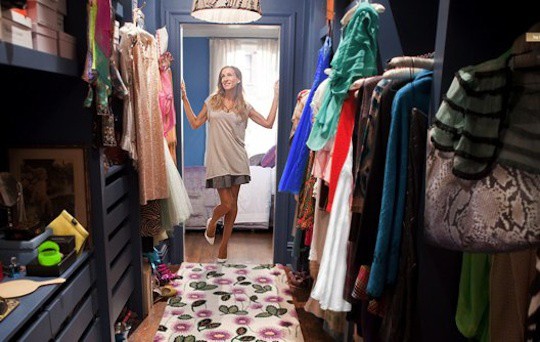 Can you believe it’s been over 20 years since Sex and the City first hit our screens back in 1998 and we first set our sights on the iconic Carrie Bradshaw apartment?

This whirlwind series gave us a glimpse into the chronically busy social lives of Manhattan’s socialites and oh-so-relatable dating dramas, and was the favorite go-to for just about any single woman in the late 90s and early 2000s — and, arguably, still is today.

If you, like us, fell in love with Carrie Bradshaw’s lifestyle — in particular, her pretty amazing apartment and most importantly her incredible walk-in wardrobe — then perhaps you’re curious to know a bit more about it.

And believe us, you’re certainly not the first to ask “where did Carrie Bradshaw live?” But no judgment here. We get it. We’d like to live a Carrie-esque lifestyle too, even if it’s just pretending — and the New York apartment plays a big role in that.

But before you get too excited, we should probably mention that Carrie’s apartment doesn’t actually exist — at least not in the traditional sense.

The interior was built on set and has since been deconstructed, but you can see the apartment’s famous steps where she and her suitors shared many a goodnight kiss. Oh, and did we mention that Sarah Jessica Parker herself lives just a few blocks away from it? Bonus!

Carrie Bradshaw’s apartment on the Upper East Side

Carrie Bradshaw’s house was any single girl’s dream apartment and we bet there’s not one of you who hasn’t wished they could live out that dream, even just for a second.

Unfortunately though, the warm and familiar interior of Carrie’s apartment was only a figment of set designer, Jeremy Conway’s imagination and it bloomed to life in Silvercup Studios in Queens just for the duration of the series. It had to be rebuilt for the subsequent movies.

Conway has explained in various interviews that he wanted to portray the personality of each much-loved SATC character – Carrie, Miranda, Charlotte, and Samantha – through their individual homes.

Carrie’s house, therefore, was a rough-and-ready apartment designed to illustrate her creative side. It was lived-in, messy and real; a mix of styles and second-hand furniture that also reflected her budget – she was a sex columnist after all and not a multi-millionaire. And, of course, the walk-in wardrobe to show her commitment to fashion was just the cherry on top.

Extra bonus: Are you curious to see what the Sex and the City apartment would look like in today’s modern times? Take a peek at how Modsy reimagines Carrie Bradshaw’s apartment in 2018.

The Sex & the City Apartment: Reality vs. fiction

Carrie Bradshaw’s apartment is unfortunately another situation of reality versus fiction, where fiction takes the trophy.

No less than five properties were used as Carrie’s apartment throughout the series’ six seasons, but it’s undoubtedly the famous brownstone used in the majority of the television series that we all remember.

And, we hate to break it to you: it doesn’t entirely exist either. And the parts of it that do are not even on the Upper East Side. (We know – gasp!)

In the much-loved series, Carrie lived in a pretty spacious rent-controlled apartment at 245E 73rd Street — an address that doesn’t actually exist. She was supposedly paying just $700 a month, but in today’s standards, an apartment of its size on the Upper East Side would cost more like $3,000 a month. Thank god for poetic license.

Instead, the Sex and the City apartment used for filming is located down leafy Perry Street in Manhattan’s West Village. Exterior shots were first filmed outside number 64, before moving on to number 66 Perry Street for season three, supposedly because of its ‘more glamorous’ staircase.

The actual apartment at 64 Perry Street

Number 64 was the apartment used as the main exterior view for the majority of season three onwards. And while Carrie’s apartment was definitely the goal of any single gal living alone, the house behind the façade is far, far grander; a celebrity building in its own right. Definitely way beyond Carrie Bradshaw’s budget. It’s even more glamorous than the fancy schmancy apartment Big and Carrie first bought.

Inside its 4,000 square feet and five impressive floors, you’ll find no less than five bedrooms, three bathrooms, and an enormous south-facing backyard. Built in 1866, the house was designed by architect Robert Mook, who also built most of the Italian-style townhouses on the block.

The interior is about as impressive as it gets with original herringbone wood floors, crystal chandeliers, ornate crown and ceiling moldings, high ceilings, striking arches, and no less than six fireplaces.

The house was last sold in 2012 to an anonymous buyer — whose family is now only the third one to share Carrie Bradshaw apartment address since it was built — for an impressive $9.85 million, an astonishing $200,000 above the asking price.

Its famous front stairs, as well as the ones two houses down at number 66 Perry Street, are some of the most recognizable landmarks in the Big Apple, on lists that include the Empire State Building and the Statue of Liberty.

What’s more, Carrie Bradshaw isn’t the only celeb to have lived – either fictionally or literally – at this address. The building was also home to Tim Gunn from the hit series Project Runway who lived on the top floor for 16 years. It was also used as part of the set for Woody Allen’s Alice in 1990.

Can you visit it today?

Of course you can. Well, the exterior, that is. You can visit the apartment on your own – it’s just a six-minute walk from the subway – or you can join an organized group tour that visits all the famous spots from Sex and the City, including the Magnolia Bakery, Charlotte’s gallery, and Jimmy Choos.

But when you visit the Carrie Bradshaw apartment on Perry Street, make sure you respect the privacy of the residents who actually live here.

Hundreds of tourists visit the apartment every week for a glimpse of the film set and the novelty has definitely worn off for residents. They have erected a chain and sign that reads “Do NOT go on the staircase please” to stop tourists from getting too close to their homes.

They also petitioned — and won — to stop Sex and the City tour buses from stopping directly outside of the building. In fact, they are so set on privacy, they’ve even had the Google Street View image of the apartment’s exterior blurred out on Google Maps! They don’t do things in halves, that’s for sure.

Despite the fact that the Carrie Bradshaw apartment doesn’t exist as it does in the series, the exterior is still worth a visit — even if only to join the ranks of drunks girls declaring their undying love for Big and to admire Perry Street residents’ increasingly imaginative measures to stop tourists from dancing on their doorsteps.

If not, you might just have to settle like the rest of us with the charming interior shots forever etched in our memory after watching the show over and over again throughout the years. 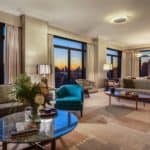 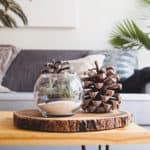