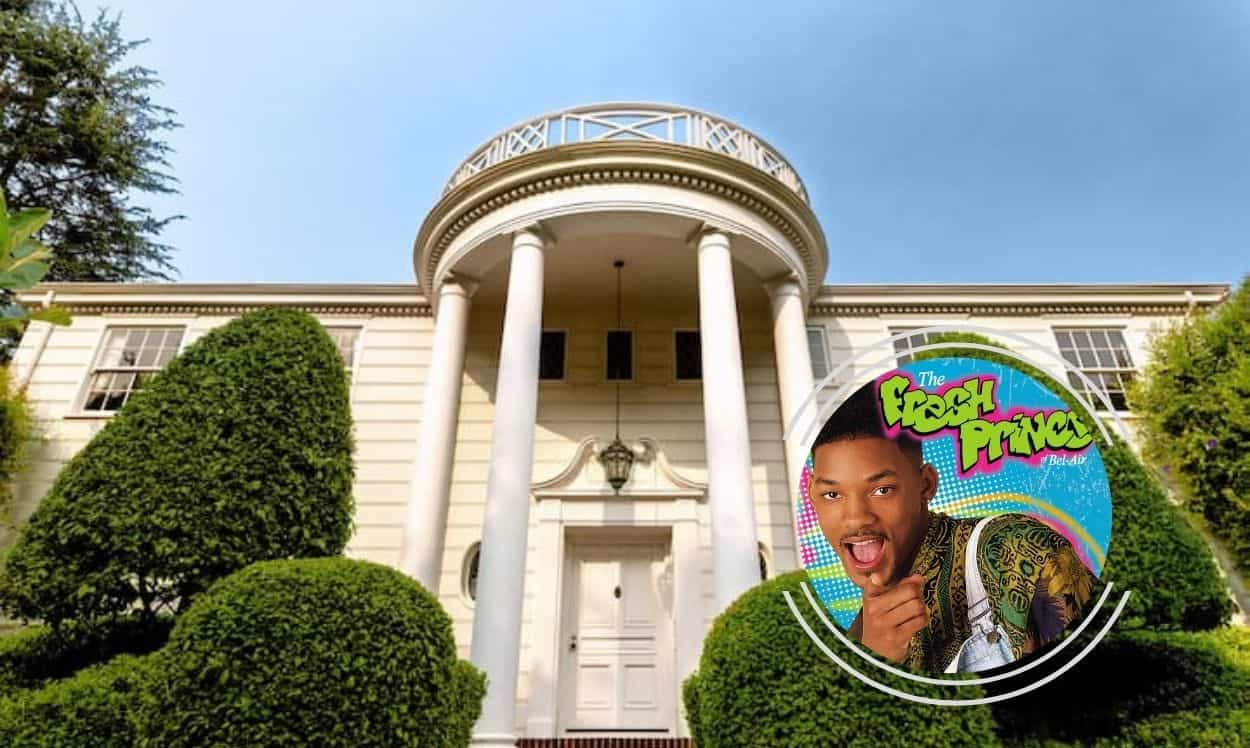 Almost 25 years after we said goodbye to Will, Jazzy Jeff, Carlton, Hilary, Aunt Viv, Uncle Phil, and Geoffrey the witty butler, HBO Max pleasantly surprised us with a heartwarming reunion episode that brought back a big part of the cast, in a highly familiar setting.

Sitting down on a meticulously recreated Banks family living room set, the cast shared fond memories and walked us through the process of making the iconic show, leaving fans (myself included) with a longing to go back to a time when The Fresh Prince of Bel-Air was possibly the coolest thing on TV. And definitely one of the most entertaining.

And while we’re taking a walk down memory lane, we though I’d be the perfect time to bring back another staple of the ’90s show: the house where the Banks family lived — and which stood as a symbol of the main character’s ‘moving up in the world’. Or, in the words of the Fresh Prince himself:

On the show, the Banks mansion acts as the glamorous residence of Will’s rich side of the family, who takes him in after his mother becomes concerned that he might get in trouble if he continues living in his hometown of Philadelphia.

The spacious house plays a central role in the ’90s TV show, with most of the scenes taking place on its premises.

Said to have a total of 10 bedrooms and 4 and a half bathrooms, the rooms fans are most familiar with are the Banks’ kitchen, living room, and Will’s bedroom — which were sadly all filming sets and not a part of a real-life house.

However, the mansion used for exterior shots of the Fresh Prince of Bel-Air house is as real as can be (though admittedly not located in Bel-Air at all).

Several sources place the house in the posh Los Angeles neighborhood of Brentwood, a 15-minute drive from Bel-Air where the Banks family supposedly lived (the exact address has been edited out of privacy concerns for the home’s current residents).

If you feel cheated in the slightest, know that there aren’t many differences between Bel-Air and Brentwood; both Los Angeles neighborhoods are home to the ultra-wealthy and feature huge mansions that set the tone for high-end real estate in the city.

And while Brentwood’s name isn’t as familiar to the general public, the area is considered to be one of the most affluent neighborhoods in all of Los Angeles.

Though maybe if the iconic show would have been named in its honor (instead of promoting Bel-Air) more people would be familiar with the name. Famous Brentwood residents include Gwyneth Paltrow, Harrison Ford, and Travis Scott.

The Fresh Prince house gets a short stint on Airbnb

Earlier in 2020, Will Smith partnered with Airbnb to celebrate the 30-year anniversary of the show by allowing people to spend a night in the original Fresh Prince of Bel-Air house.

He even did a tour of the home on YouTube along with his trusty sidekick, Jazzy Jeff.

This is not the first time Airbnb has banked on ’90s nostalgia; just a few years back, the booking platform was offering a stay at the Barbie Malibu Dreamhouse for just $60 a night, and they recently put out a listing in Deschutes County, Oregon to book a stay at the last remaining Blockbuster video store.

Now, if you happen to be a little young for that, here’s a more recent pop culture location for you: Tony Stark’s cabin in Avengers: Endgame is also available on Airbnb (though be warned, a stay here doesn’t come cheap).

Though reality show fans might be more interested in another Californian villa — the mansion from The Bachelor, which is also listed on Airbnb.

But we have to appreciate all the efforts made to appeal to die-hard fans of the ’90s sitcom.

The limited-time Fresh Prince rental offered access to a specific wing of the house consisting of Will’s bedroom (all decked out in ’90s paraphernalia, basketball hoop included too), a full bathroom, the pool area, an outdoor lounge, and the dining room.

More cool perks for fans staying at the house included one pair of Air Jordans for each guest and access to Will’s wardrobe on the show (where one could easily spot some iconic outfits, like the shirt Will Smith wore in the intro song of the show).

The Fresh Prince house is still up on Airbnb, but it doesn’t seem like you can book a stay anymore. Only a few dates were available throughout the month of October, and there’s no news on whether or not the property will be open to the public anytime soon.

Tracking Down Barney Stinson’s Apartment from HIMYM? Challenge Accepted!
The Real-Life Homes from Modern Family — and Where to Find Them
Charlie’s Beach House in ‘Two and a Half Men’
We Are the Ones Who Knock — on Walter White’s Fictional Door in Breaking Bad 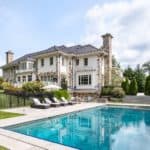 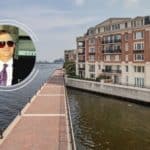