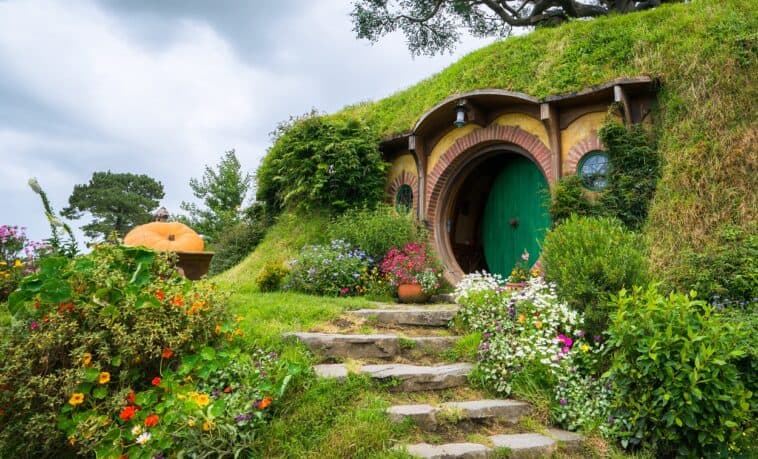 The real hobbit house is in New Zealand

“In a hole in the ground there lived a hobbit. Not a nasty, dirty, wet hole, filled with the ends of worms and an oozy smell, nor yet a dry, bare, sandy hole with nothing in it to sit down on or to eat: it was a hobbit-hole, and that means comfort.”

If you’re looking to visit Bilbo’s adorable hobbit house, you’ll have to travel all the way to Matamata, New Zealand.

That’s where you’ll find the 12-acre movie set that goes by the name of Hobbiton that Peter Jackson put together to create an environment worthy of his otherworldly saga.

The original set from The Lord of the Rings wasn’t made to last: the hobbit house façades were made out of timber, ply and polystyrene, that were shown little love after they had fulfilled their purpose.

But by the time the director started working on The Hobbit, Peter Jackson brought an army together to recreate the shire so that it matched Tolkien’s tale.

Bilbo Baggins’ home, just as you’ve seen in the movie, has a mossy roof as it’s built into a hillside.

The exterior is decorated with some impish ornaments and a bunch of pretty flowers are placed on the stairs that lead to the front door – a perfectly round green door with a yellow brass knob placed right in the middle.

Just above the house there’s an old huge tree overlooking Bag End that comes with its own interesting story.

The old tree is the only artificial tree in the Hobbiton movie set and it was carefully crafted out of steel and silicon, with its leaves being attached to the branches one by one.

Do people actually live in the hobbit houses?

While many Tolkien fans have created their own life-size replicas of Bilbo Baggins’ home (and live in them), the original hobbit house is not inhabitable.

It was created as a movie set — used for both the Lord of the Rings and The Hobbit movies — and all the attention went into creating a picture-perfect exterior that would recreate the magic of the Shire on-screen, staying true to J.R.R. Tolkien’s vivid descriptions.

Interior shots were filmed on a sound stage, where height constraints were not an issue.

In fact, you can’t even get a tour of Bilbo’s house, only peek through the windows. That’s because all of the hobbit homes in Hobbiton were designed for exterior filming only.

And given the height of its fictional residents, stepping inside a hobbit house that respects J.R.R. Tolkien’s measurements from the books would be quite uncomfortable.

As one reddit contributor pointed out, “at the height of the average 5 year old, their houses must be so small, there is simply no way a large adult like Gandalf could hang out inside. He would have to crawl through a 4 foot tall door, and then continue too crawl around inside. I can’t imagine their ceilings are taller than 5 feet.”

The decision about the measurements from inside the hobbit house were somewhat put to rest by a sketch made by Tolkien himself.

To make sure his version of Bilbo’s house lives on, director Peter Jackson actually built a regular-sized one for himself in the basement of his New Zealand mansion based on the digitally engineered interiors of the set.

Visiting Hobbiton – a land of magic

Bilbo and Frodo’s home may be the main attraction, but there’s so much more to Hobbiton that that. It is a magical place that will surely make you order that second breakfast.

After opening to the public in 2002, the idyllic little country village quickly became the biggest tourist attraction in all of New Zealand.

By 2019, it was attracting 600,000 visitors each year and boosting the local economy by providing hundreds of jobs and avenues for small businesses to capitalize on the tourist traffic.

Beyond the overwhelming beauty of the surroundings, strolling along the Shire will allow you to re-create some of the iconic scenes that took place there, including having a complimentary ginger beer at The Green Dragon Inn to wrap your tour.

But Hobbiton is by no means the only great destination for LOTR and The Hobbit fans.

Jackson used more than 150 locations across New Zealand for filming, many of which you can now visit. There are even “Middle Earth” itineraries that Tolkien buffs can follow across the North and South Islands, some as long as 21 days.

Can you spend the night in one of the hobbit houses at Hobbiton?

Unfortunately, you can’t book a stay at Hobbiton to live out your own hobbit adventure.

But if you’re planning a trip to New Zealand and visiting the iconic Lord of the Rings filming location is the top destination on your bucket list, here are the closest rentals and hotels within driving distance to Hobbiton:

John Wick’s House is Real – And Just as Complex as Our Favorite Badass Character
Does the X-Mansion — Charles Xavier’s Ancestral Home — from X-Men Exist in Real Life?
Behind the Evil Eyes: The (Real) Story of the Amityville House
The Blade Runner House is a Frank Lloyd Wright Architectural Gem 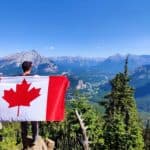 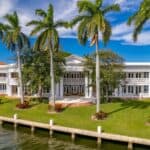