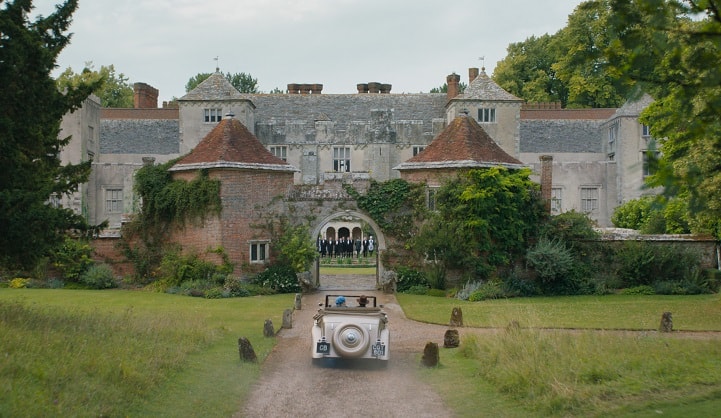 If you’re using this time spent indoors to watch (or re-watch) Hollywood classics, you might want to add another one (or two) to your list.

Rebecca is a black-and-white, 1940 movie directed by the one and only Alfred Hitchcock, starring Laurence Olivier, Joan Fontaine and Judith Anderson.

It was based on a 1938 novel written by Daphne du Maurier, a Gothic story inspired by the likes of Jane Eyre that has gained somewhat of a cult status over the decades.

If you haven’t seen this classic movie yet, or if you’re not that into black-and-white cinema, no need to worry. A modern version of Rebecca dropped on Netflix this year, starring Lily James and Armie Hammer. Our take on the dilemma? Why not watch both?

Long story short, the plot is centered around an unnamed narrator, a young and naïve woman in her 20s (played by Joan Fontaine in the Hitchcock version), who marries a wealthy widower by the name of George ‘Maxim’ de Winter.

De Winter’s first wife, Rebecca, had passed not long before, and the second Mrs de Winter soon finds herself living in her shoes.

The couple reside at Manderley, a sprawling estate in Cornwall, England, that seems to be haunted by the ghost of Maxim’s first wife.

Though the first Mrs de Winter is gone, her spirit seems to live on in every nook and cranny of Manderley, something that soon becomes disturbing to the new bride.

Not to mention that the creepy housekeeper, Mrs Danvers, holds an unwavering devotion to her original mistress, and is constantly playing tricks on the second Mrs de Winter’s mind.

The house itself seems to want the second Mrs de Winter out, as Rebecca’s towering and mythical presence is felt in every single room, especially in her majestic bedroom, which Mrs Danvers has kept carefully preserved.

There’s no escaping the memory of Rebecca, and the second Mrs de Winter is reminded constantly that she will never be able to rise up to her level, through paintings, clothing, and even stationary.

However, it eventually turns out that Maxim’s first wife was not all that she appeared to be, and that their marriage wasn’t exactly picture-perfect. We’ll leave it at that in case you haven’t seen the movie.

Manderley is an entirely fictional location, which was actually built in miniature on a table, while the interiors were designed on soundstages, inspired by Milton Hall in Cambridgeshire.

The novel’s author visited the estate in 1917 and was impressed with the luxurious architecture of the manor.

The exterior of Manderley, which is really a central character in the novel, was inspired by a real place that Daphne du Maurier spent a lifetime obsessing over.

The author wrote Rebecca with a real location in mind, namely Menabilly, a historic English estate situated on the south coast of Cornwall, about 2 miles west of Fowey.

Du Maurier was a Cornwall resident and one day stumbled upon an abandoned estate nestled within a dense forest. She became fixated on the house, did her research, and ultimately ended up living there for over two decades.

Menabilly is a two-story mansion originally built by John Rashleigh during the 1580s-1590s, and was completed in 1624 by his son, Jonathan Rashleigh.

After the Civil War ended, the house was rebuilt by Jonathan Rashleigh III between 1710 and 1715, and once again rebuilt and expanded after a fire sometime in the early 1800s.

The Rashleighs were prominent shipowners in Fowey, and they have owned the land on which Menabilly was built since the 1560s.

Menabilly was forgotten and had fallen into disrepair by the 1930s, but its rich history continued to permeate through its walls, according to Daphne du Maurier.

She confessed to having trespassed many times to catch a glimpse of Menabilly in those days, and she longed to someday be able to bring it back to its former glory.

She wrote Rebecca in 1938 with Menabilly in mind, and in 1943, after the success of the novel and of the Alfred Hitchcock-directed movie, she convinced the Rashleighs to let her live in the mansion as a tenant. Du Maurier lived at Menabilly with her husband and two children for 26 years, and during this time she worked tirelessly to restore the crumbling estate.

While researching the history of Menabilly, she found out that after the Civil War, builders discovered a skeleton bricked up in a hidden cellar, along with a trencher and a pair of Cavalier shoes. This inspired another of her novels, The King’s General, which she actually wrote in her own little writing hut set up in the garden.

In 1969, du Maurier’s lease on Menabilly was finally up, and she had to leave the estate in order for the Rashleigh heirs to move into their rightful home.

She didn’t move very far, though, settling down in Kilmarth, another Rashleigh-owned estate just a few miles away. Still, her mind always drifted back to Menabilly, just as the second Mrs de Winter’s mind went back to Manderley in the opening line of Rebecca:

‘Last night I dreamt I went to Manderley again.’

Director Ben Wheatley’s modern take on the story keeps pretty close to the plot of the novel, and it’s definitely worth a watch. Sure, the plot might already be familiar, but the filming location is not.

Built back in the 13th century as a hunting lodge for King John, Cranborne Manor is a veritable English treasure, and a more than worthy choice for Daphne du Maurier’s Manderley.

Cranborne Manor was remodelled in the 17th century for the 1st Earl of Salisbury. Today, it’s owned by the Marquess of Salisbury, and features 3,000 acres of farmland and 1,700 acres of woods, according to House & Garden.

We think we already gave too much away from the plot of Rebecca, so we’ll let you explore further by watching the latest rendition of Daphne du Maurier’s iconic ghost novel.

We’re also curious to know which of the two movies you prefer, the classic, black-and-white 1940 version, or the glamorous new version?

The Opulent Houses in ‘Bridgerton’
The Exorcist House, Facts vs Fiction
The Sharon Tate Murder House on Cielo Drive and Its Sordid Past
The Breakers, the Vanderbilts’ Iconic Summer Estate in Newport

homes from movieshomes of famous writers 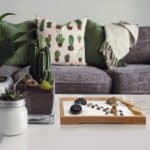 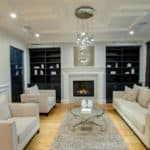