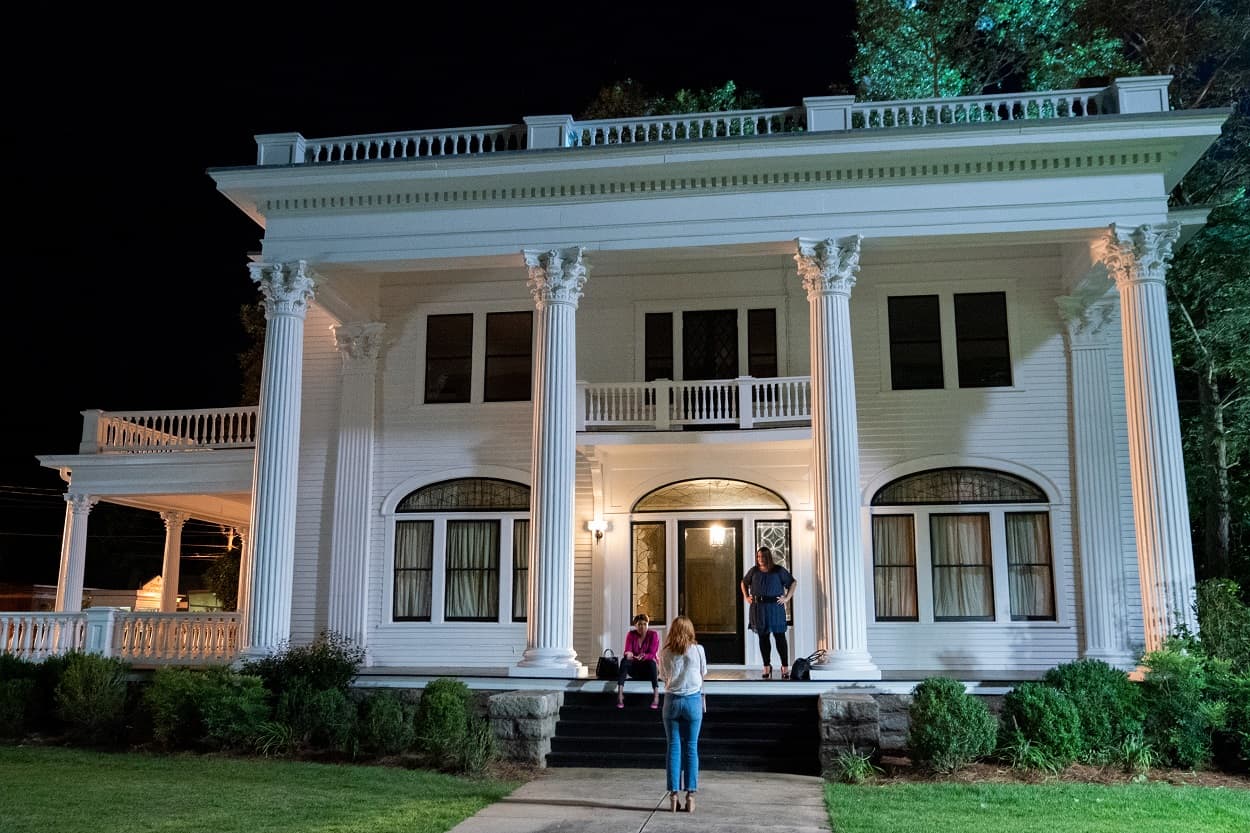 Bringing us all the good vibes of Gilmore Girls with an extra serving of cheery camaraderie, Sweet Magnolias follows lifelong best friends Maddie, Helen, and Dana Sue as they juggle relationships, family and careers in the charming small town of Serenity, South Carolina.

Or so the story goes.

Based on a highly popular book series written by Sherryl Woods, Sweet Magnolias is centered around the story of Maddie Townsend, whose life is overturned when her husband leaves her for a younger woman.

Luckily, she has all the support of her close friends, and after years spent outside the workforce, she dusts off her business skills to take charge of her best friends’ newest project — planning the town’s only fitness spa for women.

The location for the spa: a most charming historic mansion that’s quite very much real. Only you won’t find it in South Carolina, as the story would lead you to believe.

Similar to other Netflix-made TV shows — like the popular Ozark series, which is actually set in Georgia, despite the action (and, well, name) placing it in the Ozarks in Missouri — Sweet Magnolias is not actually set in Serenity, South Carolina.

Sorry, Sweet Magnolias fans, but there is no town of Serenity in South Carolina, and the entire show was shot in Covington, Georgia.

The city of Covington is a popular filming location that has served as background for dozens of hit shows and movies, including The Dukes of Hazzard, In the Heat of the Night, Legacies and The Vampire Diaries.

So if it looks familiar, there’s a good reason for that.

But for those wondering whether it looks so familiar because of its similarities with the Gilmore Girls town of Star Hollows, the answer is no: the Sweet Magnolias town has no tie-ins nor does it share any filming locations with the popular Gilmore Girls series, for which a movie set was used instead of a real life location.

And while the town of Serenity doesn’t exist, the Sweet Magnolias book series was indeed based on a South Carolina location — more specifically, the city of Sumter, SC — as the author points out herself in Stealing Home, one of the books in the Sweet Magnolias series.

But the Hollywood-ready town of Covington was chosen instead, likely due to the many tax incentives Georgia offers filmmakers.

How about the house in ‘Sweet Magnolias’? Where is the Corner Spa in real life?

While the city of Covington proudly brands itself as “The Original Hollywood of the South” due to the many movies and TV shows that have been filmed here, the house-turned-spa has its own claims to fame.

The Corner Spa from Sweet Magnolias is a real life historic mansion known as the Lee-Porter House. Named after its its initial owner, Lester Lee, and the man he later sold it to, O.W. Porter, the house was built sometime after 1912.

With its striking façade and elegant Greek revival architecture, the Lee-Porter House has been attracting filmmakers for years now.

According to the city’s tourism office, the house made its small screen debut in The Vampire Diaries. It served as Elena’s “safe house” in episode 17 of Season 2, Know Thy Enemy.

The location was also used for filming many portions of HBO’s Bessie, starring Queen Latifah.

As is usually the case with these productions, interior scenes were not filmed on location and were shot entirely on a soundstage.

Other famous TV/movie homes you can visit in Covington

If you’re a regular movie location scout, a trip to Covington, GA should definitely be on your road map.

The city is also home to the Gone With The Wind mansion — or rather “The Twelve Oaks Bed and Breakfast”, as it’s known nowadays.

Author Margaret Mitchell fell in love with the Antebellum mansion while writing Gone With the Wind, after she saw it in a news clipping she found back in 1939. It served as inspiration for Ashley Wilkes’ house in the book, and also parts of the movie.

The Gone With the Wind house was also featured in the American road comedy Vacation (starring Ed Helms and Christina Applegate).

Now, the home operates as a bed and breakfast (one that you can actually go stay at), under the name of Twelve Oaks Inn. Brimming with 12 luxurious bedrooms and 12-and-a-half bathrooms, the famous mansion stays true to its antebellum period charm, but with updated amenities and appliances.

Another elegant mansion you should add to your list is Worthington Manor. Located just off the square in Downtown Covington, this imposing brick house is known by most as Lockwood Mansion from The Vampire Diaries, though it was also used to film an episode of Sleepy Hollow.

The Gaither Plantation is located in Covington too, and its list of past movie credits runs long: Bobby Jones: A Stroke of Genius, The Vampire Diaries, Madea’s Family Reunion, and Dolly Parton’s Coat of Many Colors have all filmed scenes at this location.

To conclude, while the town of Serenity may not be real, the Georgia town of Covington is — and it’s a treasure trove of recognizable movie and TV settings.

Where is Virgin River? The Lovely Locations & Cozy-Chic Cabin in the Popular Netflix Series
Netflix’s ‘Dead to Me’ Series will Have You Day-Dreaming about Jen’s Perfect House
Where is the Castle from The Royal Treatment? And is Lavania a Real Place?
The Dream House Derek Built for Meredith in “Grey’s Anatomy” 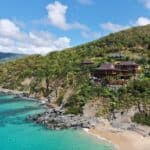 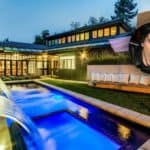