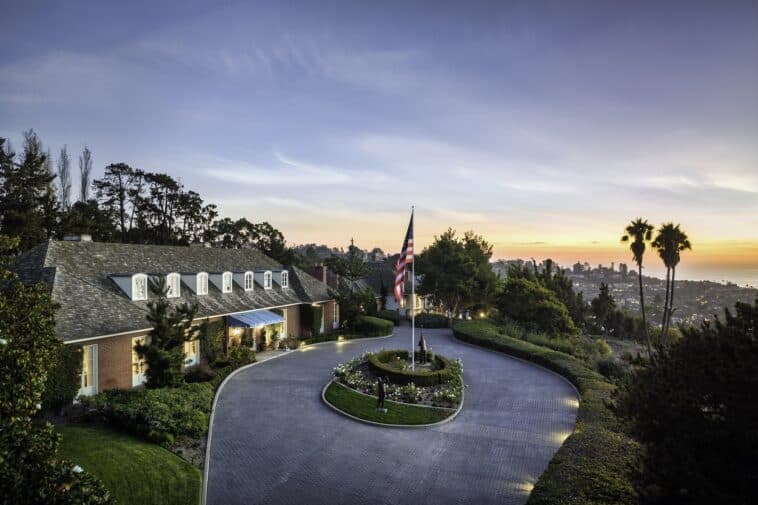 The race for the most expensive house in the prime San Diego neighborhood of La Jolla is getting pretty tight.

While a newly built, ultra-contemporary gem known as the Ora House hit the market back in May with a whopping $32.5 million price tag, La Jolla’s iconic Foxhill Estate is still a top contender.

The massive 32-acre estate, which happens to be La Jolla’s largest contiguous residential property, has recently seen a price reduction, going from $55 million to $49 million.

Included in the price are three separate properties, that can also be purchased individually:

If the three sites sell together, they’re likely to set new sales records — not only for La Jolla, but for the entire San Diego area.

The current record for the county is held by a Del Mar home that once sold for $48.2 million (and was later sold to Melinda and Bill Gates for $43 million).

An inside look at Foxhill Estate’s main residence, formerly known as the Copley House

The sprawling manor that anchors the property was the longtime home of Copley Publishing head James Copley and his wife, Helen, owners of The San Diego Union and Tribune newspapers.

After the two passed away, the estate stayed in the family, with their son David Copley taking residence here.

The businessman, who also goes by “Papa Doug”, is known for having built some of San Diego’s tallest buildings. At one point in time, he also owned the San Diego Union Tribune and was even considered for a U.S. ambassador position in the Bahamas.

Public records show that Doug Manchester paid $17 million for the former Copley House back in 2015, and toyed around with the idea of selling the property quite a few times in recent years.

But it would seem that Papa Doug is intent on finding a buyer this time around, and likely turning a profit after investing heavily in the trophy estate.

And the interiors are nothing short of spectacular.

During his ownership, Doug Manchester made significant improvements to the property.

He added a modern kitchen, racquetball court, and a pickle ball court among other changes, Forbes reports.

He also brought the overall total to 10 bedrooms and 14 bathrooms, each one more lavish than the next.

But grandeur is not the only defining trait of Foxhill Estate.

Location also plays a major role, as the property sits at the top of the Country Club neighborhood in La Jolla — overlooking the picturesque Village toward amazingly vast panoramic ocean views.

This gives extra flair to the expansive grounds of the estate, and its many idyllic gardens and outdoor areas.

“Foxhill is completely and utterly unique for La Jolla and most of coastal southern California for its size and scale. It is approximately 30 ocean view acres in an extremely private location just above the village of La Jolla,” said the Nelson brothers, the listing brokers for the property.

“The scarcity of such a large piece of property so close to the village and ocean can not be overstated, and it is even more rare for that acreage to maintain such abundant privacy.“

It remains to be seen if Foxhill will be purchased as a package deal or if each of the three sites will be sold separately.

Either way, we’ll be keeping our an eye out for this one and will be quick to report on any new residents moving into the glamorous estate.

Newly Built $32.5M Oceanfront House in La Jolla, San Diego Could Set a New Record for the Area
Spotlight: The Razor House — Alicia Keys and Swizz Beatz’ Crazy Mansion in La Jolla
Inside a One-of-a-Kind $39M Richard Requa-Designed Home Known as Coronado Castle
The Beautiful Beach House from ‘Grace & Frankie’ Is As Real As It Gets 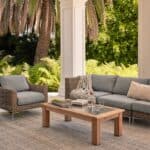 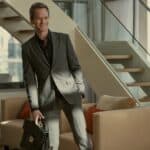