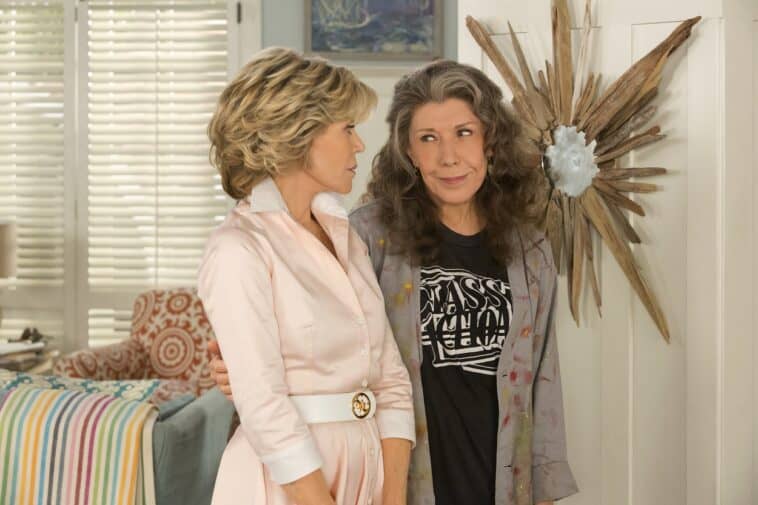 With filming about to resume for the 7th and last season, Grace and Frankie will hold the record for the longest running original series on Netflix. And while we’re sad to know that season 7 will also be the last, we’re looking forward to a final round of laughs with the show’s sharp-tongued, quirky leading ladies.

The perfectly harmonized cast is just one of the reasons households around the world fell in love with this series. With an 88% score on Rotten Tomatoes (a rare achievement for a sitcom and a nod to the show’s stellar cast), Grace and Frankie doesn’t shy away from tackling heavy subject matter with poise and lighthearted humor.

Add to that: some quite spectacular homes to serve as backdrop to all the heartwarming and fun moments. From the beach house Grace and Frankie share to Sol and Robert’s new Spanish Colonial, the homes featured on the show have been carefully picked to complement the story — and match the unique personalities of its characters.

At home with Grace and Frankie

Fans of the show are no doubt familiar with the stunning beach house that Grace and Frankie moved into when their husbands announced they had been lovers for over 20 years and now wanted to divorce them so they can marry each other.

Moving into the beach house where they vacationed over the years with their families, Grace and Frankie merged their (very distinct) styles and personalities together in this flawless oceanfront home.

The show mentions that Grace and Frankie’s house is located in La Jolla — a hilly, seaside neighborhood within the city of San Diego, California — but that’s not really the case. The actual house pictured onscreen is located in the prestigious city of Malibu, and comes with a Broad Beach Road address.

The Broad Beach area of Malibu is extremely popular among celebrities, so it wouldn’t be at all out of touch with reality if Grace and Frankie would stumble upon A-listers during their daily walks, including Pierce Brosnan, Mel Gibson, Robert DeNiro, or Cindy Crawford, as they all live in the area.

This location can’t take credit for the gorgeous interior but it does supply all exterior views including the notable Dutch style red door that we get to see in some episodes.

The actual home has about 4,000 square feet of living space and accommodates 4 bathrooms and 4 bedrooms between its walls, with its windows opening up to unobstructed ocean views. It was apparently last sold in 2016 for a ‘modest’ $15 million, The Cinemaholic reports.

Sadly, the interiors shots were not filmed at the real-life location. While the filmmakers took inspiration from the Malibu house when recreating the interiors, most of what we see onscreen is filmed on a sound stage at Paramount Studios.

When watching the show you can see the fusion of styles however it is obvious to fans that Grace would have had the decorating upper hand when the two couples shared the holiday house.

The white and neutral interior is accented by nautical themed décor that replicates the coastal living. The stunning French doors open to views of the Pacific Ocean and the perfect area to sit and chat about the dramas of dating as a senior aged woman.

While we do see some touches of Frankie’s style and taste throughout the house, it is the iconic meditation room that oozes Frankie.

Featuring warmer tones than the rest of the house, this room stands out and clearly Grace would have had no say in it’s layout. The eclectic mismatched artifacts and boho cushions and throws makes this room cozy and just the right spot to partake in Frankie themed activities.

After Sol moved into the house that Robert raised his daughters with Grace in, the newly married couple wanted their own home and bought a downright gorgeous Spanish-Colonial Style house in Season 3 of the show.

Just like the beach house, their home is a wonderful mix of its owners different styles and lively personalities. Filled with earthy warmth in a nod to Sol’s bohemian influence, the couple’s new home also offers glimpses of Robert’s traditional style in his study and the bedroom interior. Even though Robert brought pieces with him from the family home he shared with Grace, once combined with Sol’s laid back style, they seem to take on a new life and vibe.

Also filmed in the studio, this interior was designed BEFORE an exterior location was even sourced. It is a gorgeous nod to Southern California influence and a favorite set amongst the cast (we can totally see why!)

What will happen to our favorite houses?

The show and its stellar cast did such a great job at getting us hooked to the story that, at times, we really do feel and believe their houses are real and that the characters we know and love do in fact live there.

That’s why we can’t wait to see what the next season has in store for us. Especially since The Season 6 cliffhanger implies that Robert and Sol are basically homeless for a while and need to move in with Grace and Frankie.

If that happens, how will the beach house look like with two extra guests? What changes will have to be made to accommodate the extra residents? And will we ever see the Sol and Robert’s beautiful Spanish Colonial again? No matter what, we’re looking forward to whatever is in store, and counting the moments until we can sit back, relax, and enjoy the stunning ocean shots and episodes full of laughter for the last season of Grace and Frankie.

Is It Real? Charlie’s Beach House in ‘Two and a Half Men’
Daniel LaRusso’s House on Cobra Kai: A Real-Life Tuscan-Style Villa
Netflix’s ‘Dead to Me’ Series will Have You Day-Dreaming about Jen’s Perfect House
Is the Building from The Circle Real? Here’s Where You’ll Find the Cool Apartments from the Show 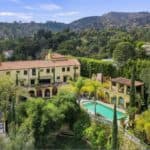 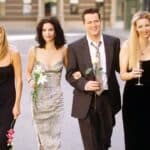