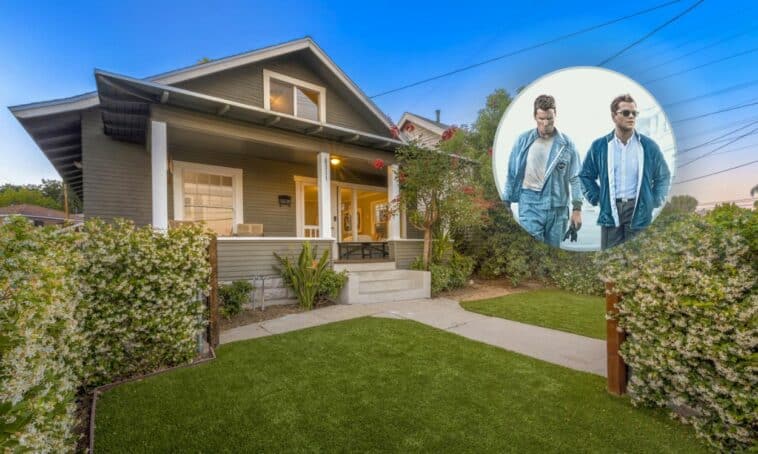 Basically, this house got to the finish line in record time — pun intended — and it’s easy to see why.

Located on Meridian Street in L.A., this otherwise unassuming house was listed roughly a month ago by Compass’ Ryan Sypek and Tristan Fong, with an asking price of $1,250,000.

Public records show that the property went into contract 28 days later, with the sale now shown as pending on the brokerage’s website. So we reached out to the team to see what prompted the quick sale:

“We were lucky to find a great young family who fell in love with the historic nature of the property (built in 1909) and who were excited about being a part of the up-and-coming Highland Park community that this house is situated in,” said Ryan Sypek, one of the listing agents that spearheaded the speedy sale.

That’s because this 1909-built house was one of the main filming locations for the 2019 award-winning film Ford v Ferrari.

The house is featured heavily in the movie, as the home of British WW2 veteran and race car driver Ken Miles, portrayed by The Dark Knight star Christian Bale.

It’s also featured in one of the most entertaining scenes in the movie, which shows Ken Miles and his friend and automotive designer Carroll Shelby ‘wrestling’ across the street as Miles’ wife watches, obviously amused.

Ford v Ferrari follows Carroll Shelby and Ken Miles and their quest to build the Ford GT40 and compete against the Italian racing team Scuderia Ferrari at the 1966 24 Hours of Le Mans race in France.

Ferrari dominated racing at the time, but Shelby and Miles, alongside Henry Ford II and Lee Iacocca, were determined to finally beat the Italian team and win the prestigious race.

Car builder and designer Shelby is played brilliantly by Matt Damon, while his race car driver, Ken Miles, is played with gusto by Christian Bale.

While all the scenes in the movie look effortless, production designer François Audouy didn’t have it easy. Besides having to recreate the atmosphere of the 1960s across filming locations, he also had to make sure that the movie followed the true story of Miles and Shelby as much as possible.

According to the Los Angeles Times, the crew had to find a location for Miles’ home where they could set up the garage, where Miles used to work as a mechanic fixing other people’s cars, right across the street.

Luckily, they found the Meridian Street house, ‘on a sleepy triangular block of Highland Park, where a quaint Craftsman home sits perched above the street adjacent to an auto repair shop, a grocery store and a small park.’

The movie was also picked by the National Board of Review as one of the best ten films of 2019, while Christian Bale was nominated for a Golden Globe for Best Actor, Drama, and also nominated for the SAG Award for Outstanding Performance by a Male Actor in a Leading Role.

The house featured as Ken Miles’ home in Ford v. Ferrari was built in 1909 and has three bedrooms, two bathrooms, an oversized kitchen, a living room, a dining room, and a breakfast nook on the first floor.

Upstairs, the former 275-square-foot attic has been converted into two bonus rooms that work great as either a home office, a music studio, a library, or lounge area.

Heading outside the house on Meridian Street, you’re greeted by a front yard lined with roses and a lovely front porch, perfect for enjoying that early morning coffee. There is also a lovely, private backyard, as well as a garage.

The Ford v Ferrari crew went to great lengths to upgrade the property on Meridian Street and get it film-ready.

They repainted the exterior, added a new screen door and new framing for the windows, placed grass across the front yard, and removed the unsightly chain-link fencing.

The previous owner added further upgrades, and outfitted the interior with high-end finishes, while also opening up the kitchen to better connect it to the rest of the lower level.

As an added bonus, the front yard and the backyard have both been updated with artificial lawns, to help the new owners better manage the new water restrictions in Los Angeles.

What’s more, the property is part of the Garvanza Historic Preservation Overlay Zone (HPOZ), so it might qualify for Mills Act tax benefits.

The home’s previous owner was pianist and composer Jason Wool.

The San Francisco native moved to L.A. five years ago and now works at the Cal State Northridge Jazz Department. He’s moved on to another property in Encino, to work on a new project with Morgan Freeman and rapper Logic.

There’s no word yet on who the new owner of the Ford v Ferrari house might be or the exact amount the sale closed for. But we’ll make sure to keep you updated as new details emerge.

The Conjuring House Sells for Over $1.5 Million Despite its Sordid History
House from ‘The Hangover’ Hits the Market for $10.8 Million (and It’s Worth Every Penny)
Tracking Down Joe and Love’s Dreamy Hell-burban Home from ‘You’ Season 3
Where Is the House From ‘Windfall’? 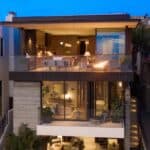 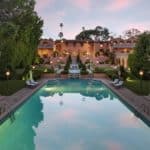