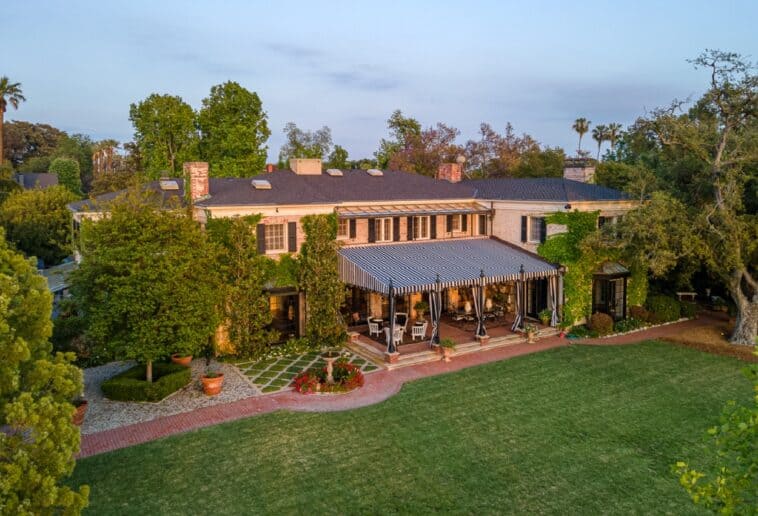 When thinking back to Todd Phillips’ 2009 comedy, The Hangover, many things come to mind.

Waking up to a real-life tiger in the hotel suite, getting a face tattoo that matches Mike Tyson’s, kidnapping a man and stashing him in the trunk of a car, punching Wayne Newton in the face, finding a baby stashed in the closet. And the list goes on.

But for real estate watchers like yours truly, the raunchy and laugh-inducing scenes were overshadowed by some pretty spectacular properties that made their way onto the big screen.

One of them was Mike Tyson’s Las Vegas mansion — which was the heavyweight boxer’s actual house at the time.

The other: a stunning Colonial mansion where wedding preparations were underway even as the groom was nowhere to be found.

That house — which played the part of the bride’s house, shared with her brother, Alan (Zach Galifianakis) and also hosted the wedding — is now on the market for $10.8 million.

Ted Clark and Heather Lillard of Compass hold the listing.

The property is much more than just The Hangover house

The stately mansion is the exact opposite of the movie that made it famous.

Dating back to the 1930s, the house was built by notable architect Reginald Johnson, and its architectural pedigree shines through its gracious proportions, understated elegance and symmetrical design.

Set in Pasadena, the beautiful home sits on a one-acre lot on South Grand Avenue, perched above the Arroyo Seco overlooking the Colorado Street Bridge.

A brick wall shelters the property from prying eyes, but welcomes residents and guests that pass through its iron gates.

Visitors are then led through the tree-lined driveway that leads up to the house, motor court and rose gardens.

But that tally oversimplifies the many merits of this stately home.

The main level of the house includes a luxurious living room with a beautiful bay window, a fireplace and two sets of French doors leading out to the lush side garden.

Off of the living room, a handsome paneled study with a black marble fireplace and French doors to the garden offers a wonderful sanctuary.

The loggia and hallway connect to the dining room with a floor-to-ceiling bay window and an additional fireplace and butlers’ pantry.

Up the elegant staircase to the second floor we find all of the bedrooms. The main bedroom features two bathrooms, a very large walk in closet and beautiful views of the Arroyo.

Three large bedrooms are en-suite, while a fifth is currently used as a den.

There’s also a large basement that features a walk-in wine cellar, a large laundry area, a walk-in safe, a half bath and generous storage.

The outdoor area — which The Hangover fans might be quick to recognize — is even more inviting.

The house’s perfectly manicured grounds span over an acre, and feature a pool, spa and a covered patio.

Another striking addition is the ivy-covered pool house that was built to mirror the main house’s loggia (with three sets of steel Palladian doors).

The 800-square-foot pool house has its own bath, a storage room/closet, a sink and refrigerator, and can be easily set up as an extra-charming guest quarters or hobby space. 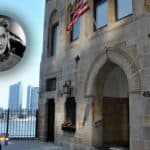 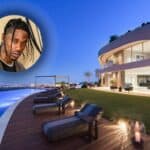