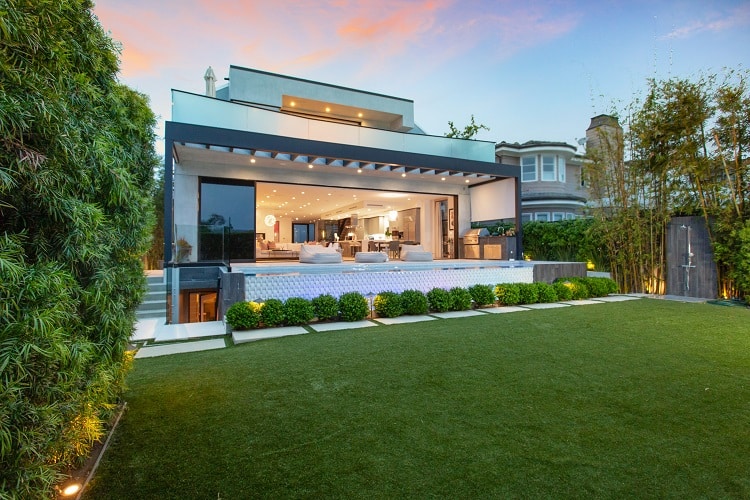 The host of Food Network’s Giada at Home has quietly sold her stunning five-bedroom home — with a massive kitchen anchored by a 24-foot stone island — for a whopping $7 million.

Located in the coveted Via Bluffs enclave of Pacific Palisades, the modern home was not publicly listed, but touted directly to interested buyers as a super secret pocket listing. Needless to say, the approach worked like a charm, and credit for the sale goes to Smith Cho of Compass, the listing agent for the property.

Completed in 2015, de Laurentiis’ now former home is a bright and spacious 6,500-foot residence with massive sliding windows that open up to beautiful views of Potrero Canyon and beyond.

The sumptuous 5 bedroom, 5.5 bathroom home is filled with natural light streaming in from the surrounding floor to ceiling windows and sliding glass doors, while the skylights pour even more light onto the main and top floors.

The luxury home also flaunts features like a dual faced fireplace, a nearly 24-foot kitchen island, and a distinct living room that’s pouring out onto the outside deck overlooking the pool.

A large open-layout living area is anchored by, what else, a beautiful kitchen. It’s got a nearly 24-foot stone island with plenty of room for prep work and dining, with modern, sleek cabinetry finishing the exquisite look.

The architectural stairs take you up to the top level which holds four of the bedrooms, with the kids room placed next to the grand master suite. There’s also an expansive media/game with an independent walk-in glass-cased wine room that has provocative underwater views of the pool.

Completed in 2015, the home has been maintained in pristine condition with no expense spared, and it shows. While feeling expansive and lavish, the home retains a sense of intimacy, which makes it only natural for it to appeal to the famous chef.

Giada de Laurentiis is an Italian-born chef that rose to fame with her Food Network shows Everyday Italian and Giada At Home, as well as frequent appearances as contributor and guest co-host on NBC’s Today.

She has been frequently nominated for Emmy Awards for her cooking shows and even brought home an award for Outstanding Lifestyle Host in 2008. In addition to TV appearances, she also owns Italian restaurants in Las Vegas and Baltimore.

Giada de Laurentiis reportedly bought the Pacific Palisades home back January 2016 and paid $6.9 million for the property, which means she’s now selling at a profit. Though that might not necessarily be such a huge incentive for the celebrity chef, as de Laurentiis has already purchased a mid-century bungalow in the same Pacific Palisades neighborhood back in August for $5 million. 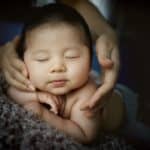 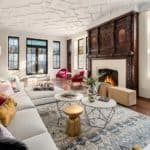