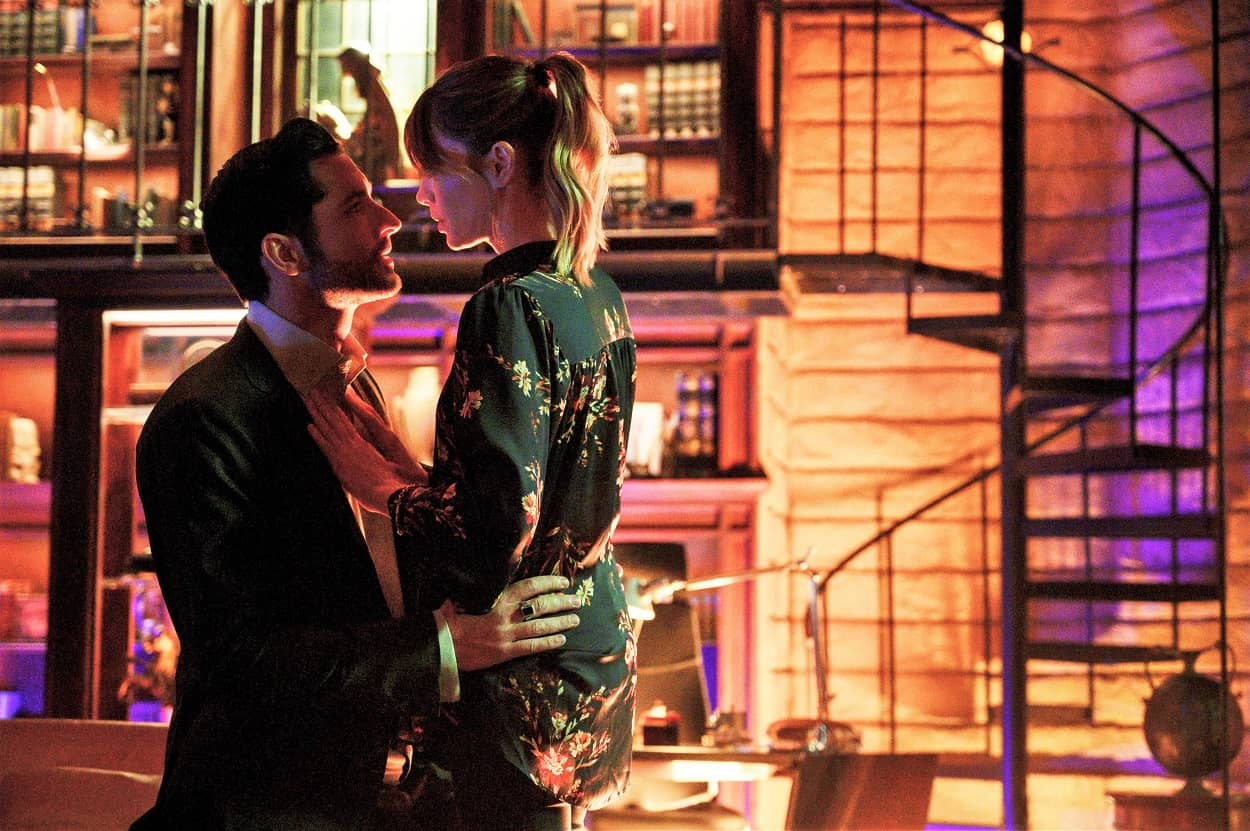 As Tom Ellis’ Lucifer is getting ready to wrap up his exciting (and downright fun) ride as a crime-fighting devil in the City of Angeles — and his tenure as the deal-making owner of the Lux nightclub — fans everywhere are excited to see where the story takes us.

And while we’re pretty good at separating facts from fiction — especially when it comes to celestial beings and Hell-raised demons — there’s one thing I, for one, have often wondered while watching the show: Is Lux a real place? If we are to take Lucifer’s example and go vacation in Los Angeles, will we find the Lux building on the city’s skyline?

As it turns out, we just might. Only it will look slightly different than in the Netflix series (and no, it neither hosts a nightclub, nor does it comes with a posh penthouse above it).

Lucifer’s penthouse, right above his nightclub

A bachelor’s dream come true, Lucifer’s digs sits right in the middle of the action: just steps away from the wild nightclub the Devil runs in Los Angeles — alongside his most trusted demon, Mazikeen.

Aptly named Lux, a word which translates into ‘light’ and pays tribute to Lucifer’s role as the ‘light-bringer’, the club is anything but light-filled, and rather serves as a den of sin of sorts, its debauchery a symbol of the fallen angel’s lifestyle.

It then only figures that the Devil’s actual ‘den’ be located right above it, providing easy access for the charming Lucifer to return to the party at all times.

Now, appealing as that might sound, neither the penthouse nor the club underneath it exist in real life. After the pilot episode, for which the Emerson Theatre nightclub in Hollywood served as filming location for interior shots from the club, Lux was re-created on a sound stage for the rest of the episodes, as was Lucifer’s home above it.

Sad to hear those stunning city views from Lucifer’s penthouse aren’t a real thing. But the building itself is, and you can find it on the city’s skyline, if you know where to look.

Two iconic L.A. buildings were used for outside shots of Lux

While Lucifer’s home in Los Angeles may not exist, two very real buildings served as inspiration (and placeholders) for the glamorous structure shown in the Netflix series.

Fans were quick to spot that exterior shots of Lux actually show the Sunset Tower Hotel on Sunset Boulevard — albeit with a little CGI on top of it, to add the penthouse and make the building more attractive. See below for images with and sans the addition:

The Sunset Tower Hotel is also a great fit for the building’s story on the show; according to Wikipedia, the historic building was once the residence of choice for many Hollywood celebrities, including John Wayne and Howard Hughes.

After a period of decline in the early 1980s, the building was renovated and has been operated as a luxury hotel under the names The St. James’s Club, The Argyle, and most recently the Sunset Tower Hotel.

Similarly, on the show, the building Lux is in has quite the history, Lucifer proudly mentioning that there are prohibition tunnels in the cellar, which at one point “Howard Hughes used to sneak his mistresses away from his other mistresses.” On the show, the building’s glamorous past earns it a historic designation, just like it did for its real-life counterpart.

While the Sunset Tower Hotel looks most familiar to fans of the show because it was shown many times in wide-angle establishing shots of both Lux and Lucifer’s penthouse, imagery from another well-known Los Angeles building has often made its way to the screen.

According to Iamnostalker.com, the El Capitan Theatre and Office Building in Hollywood masquerades as the exterior of the opulent lounge throughout the show. Dating back to 1926, El Capitan was dubbed “Hollywood’s First Home of Spoken Drama,” and was the place where Orson Welles held the world premiere of his iconic Citizen Kane.

Where is Lucifer filmed?

Now, while the entire show is said to take place in Los Angeles — and the City of Angels plays a big role in both the symbolism and plot of the show — many episodes of the first few seasons of Lucifer were actually filmed in Vancouver, BC.

After Fox dropped the series and Netflix rescued it at the request of fans, season 4 saw Lucifer return to Los Angeles, its episodes being filmed on location in Los Angeles, California with interior shots filmed at the Warner Bros. studios in Burbank.

There are also quite a few real-life locations used on the show. Burnaby City Hall serves as filming location for the police station scenes, with the Parker Center used for aerial views. Chloe’s daughter’s school is the Dorris Place Elementary School.

Other prominent Los Angeles locations featured in the show are The Wayfarers chapel, Mesquit Street, Vine Street, 7080 Mulholland Drive, the Caprice Nightclub, Franklin Street, and Hollywood Boulevard, among many others.

Are They Real? The Opulent Homes in ‘Bridgerton’
Tony Soprano’s House is a Real-Life Home in NJ — And the Pool and Driveway Look Awfully Familiar
We Are the Ones Who Knock — on Walter White’s Fictional Door in Breaking Bad
Where to Find the Real Carrington Manor from ‘Dynasty’ 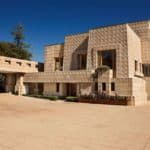 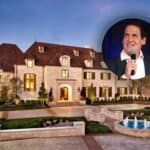