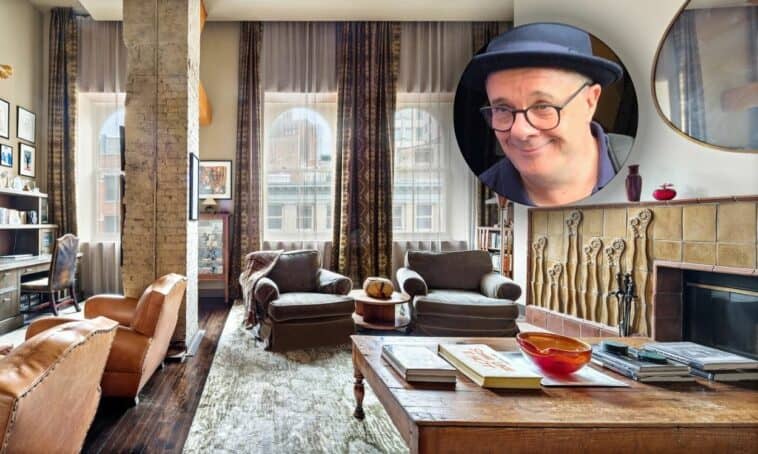 The prolific stage/film/TV actor, who’s looking forward to his stage return now that Broadway shows are returning in full swing following a long, pandemic-driven hiatus, has also been a standout character in various TV and movie roles. Most known for playing the flamboyant Pepper Saltzman in Modern Family and as the voice of Timon, the meerkat in Lion King, the three-time Tony award winner is a New Jersey native, and has been living in New York City since 1999 with husband Devlin Elliott.

He’s now listed his home of over two decades for sale, asking $4.65 million for the stylish apartment whose interiors bear the signature of acclaimed AD100 Designer William Sofield. Mary Ellen Cashman of Compass holds the listing.

Set in a historic condo building with a highly desirable address

Nathan Lane’s apartment is part of the famed Merchants House Condominium, a Romanesque Revival warehouse whose history dates back to 1891, when it was built for the Merchants’ Refrigerating Company (which gave the building its name).

The building is ideally located on North Moore Street in Tribeca’s Historic District, a sought-after block that’s been referred to as ‘Tribeca’s Gold Coast’ and that’s long been attracting high-profile residents like David Letterman, Ed Burns or Harvey Keitel. The location places the apartment close to everything Tribeca has to offer, including world-class dining, shopping and entertainment destinations.

Nathan Lane’s home is as stylish as you’d expect

The triplex apartment that Nathan Lane has been calling home for the past two decades has been meticulously renovated by William Sofield, one of the most prolific designers of our time.

The apartment’s current layout is split into 2 bedrooms and 3 baths, with an open space main level with soaring 15’ ceilings that comfortably accommodates living, dining, kitchen and a cozy home entertainment alcove.

A grand winding staircase leading to the spacious primary suite (which has a five piece bath that includes a steam shower). The lower level of the triplex houses the secondary bedroom suite providing complete privacy for guests, children or a full time work space. 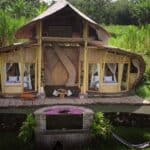 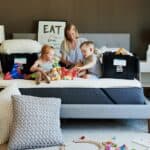