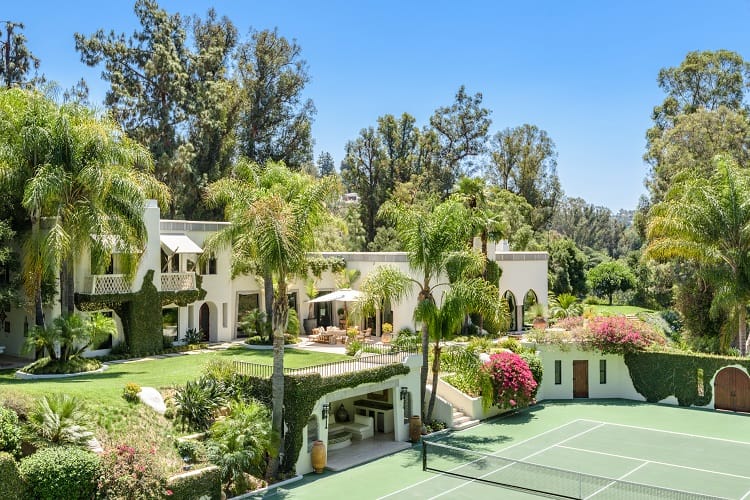 Set right off the famed Benedict Canyon and only minutes from Rodeo Drive lies one of the most incredible and secluded compounds in all of Beverly Hills. And it just so figures that the hidden beauty was home to Beverly Hills royalty.

2727 Benedict Canyon Drive was Cher’s home in Beverly Hills for most of the 70s, then went on to become actor Eddie Murphy’s house before the current owner snapped it from the Beverly Hills Cop star back in 1994. The new owner then bought 4 neighboring parcels to form the full 14-acre estate that exists today and turn it into an equestrian’s dream.

How the estate has grown after serving as Cher’s home

The new owners seemed set on turning the guard-gated estate into an equestrian’s dream. So they purchased 4 extra parcels to enlarge the property to its current 14 acres — and accommodate five stables, two white-graveled horse rings and miles of meandering riding and hiking trails.

Visiting riders can be housed in the main stable building, which comes with two bedrooms. There’s also an additional guest/staff house on the property.

Among the new features the owners added to the house is a beautiful tennis court neighboring the main house, complete with a shaded lounging area to watch the matches.

With so much star power, both in its own right as a spectacular property and as home to stars like the legendary musical icon Cher (not to mention private as hell), 2727 Benedict Canyon Drive’s next owner is bound to be another big name looking to get out of the private eye. I wonder who it’ll be.

Step Inside Bing Crosby’s Rancho Mirage Estate that Once Welcomed JFK and Marilyn Monroe
A Look Inside Kris Jenner’s House, Her Zen-like Refuge in Hidden Hills
Darkness Into Light: How the Sharon Tate Murder House on Cielo Drive Shed Its Sordid Past
The Mysterious Allure of Stephen King’s House, the Beating Heart of Bangor, Maine 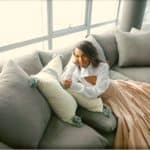 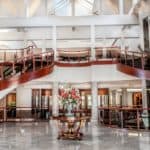