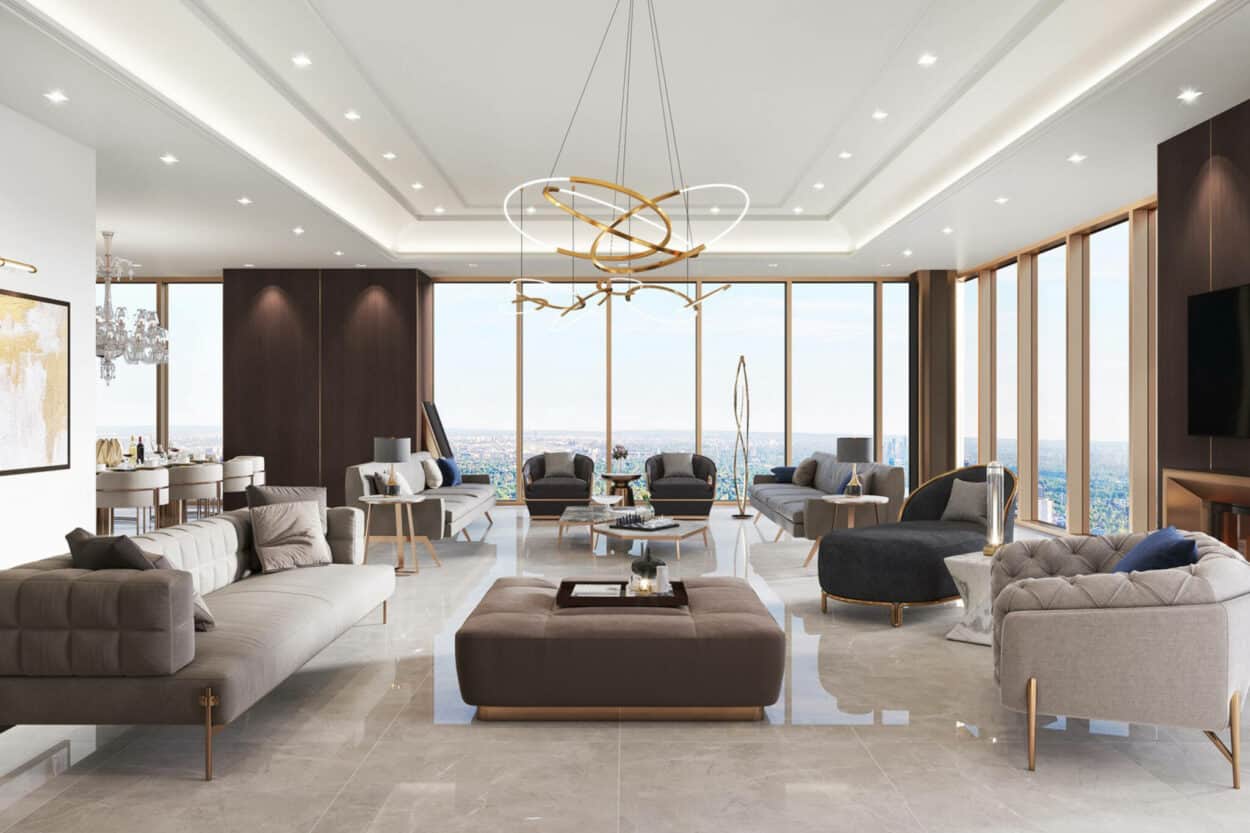 Rendering courtesy of MIZRAHI Development via The Agency

Known for its sky-high real estate prices, glamorous condos, and vibrant business, technology and entertainment scene, Toronto is often in its own league.

Rivaled only by Vancouver’s pricey real estate market, Toronto is Canada’s second most expensive city, with the average home price surpassing $1.2 million (CAD) for single-family homes, with condos selling for amounts north of $600k (CAD), according to the Canadian Real Estate Association.

It then comes as little surprise that a sprawling 8,758-square-foot condo set atop one of the city’s posh new residential buildings commands a whopping $35 million listing price (again, that’s in Canadian dollars, and translates into roughly US $26 million).

Consisting of two large units combined into an upscale residence with a prime address in downtown Toronto, the luxurious home-in-the-sky hit the market in early December 2022 and instantly claimed the title of Toronto’s most expensive listing.

More interestingly, the listing came to market at a time when Canada rolled out a two-year ban on foreign homebuyers, limiting real estate purchases made by non-residents or people that don’t actively live in Canada in an attempt to make housing more affordable for Canadians.

This means that the pool of potential buyers has been restricted to Canadian residents for a while — though it’s worth noting that there are plenty of business magnates and celebrities living in Canada and that world-famous rapper Drake’s house is only 25 minutes away from the downtown Toronto building.

Either way, The Agency’s Peter Torkan, the listing agent in charge of finding a buyer for the $35 million home, isn’t concerned.

“The demand has continued to stay strong for luxury condominium buildings throughout Toronto. With little competition at the top, this is a one-of-a-kind condo for a unique buyer who wants nothing but the best. The Toronto market has historically been one of the strongest and safest real estate markets. Toronto is where hundreds of cultures interconnect and thrive,” Torkan says.

Inside Toronto’s most expensive home, a $35 million condo on the 80th floor of The One building

Looming high above the city atop the brand-new 85-story condo development — The One — sits the building’s $35 million crown jewel.

Comprised of two separate units (#8001 and #8002), which have been combined into a sprawling residence that offers well over 8,700 square feet of living space, the luxury home-in-the-sky is a palatial retreat that spans the entire 80th floor of The One building.

With a total of 10 bedrooms and 8 baths, The One condo is the epitome of modern elegance.

With walls of full-height windows that frame panoramic skyline views, this home’s interiors boast exquisite materials and finishes sourced from around the globe — including marble accents & countertops and hardwood floors, per the listing.

Additional interior features include a sleek kitchen, a versatile den, a grand primary suite with a spa-like bath and high ceilings throughout. Not to mention killer views from every room.

Located at 1 Bloor Street West in prime downtown Toronto, the luxury condo building known as The One is set to become Canada’s tallest residential building upon completion.

As the developer’s website points out, “Its 85 levels at 1005ft will pierce the Toronto skyline becoming both a slender new landmark for the city and 416 elegant homes of unrivaled quality.”

But The One building has a lot more to offer, beyond becoming one of (if not) the most recognizable silhouettes on Toronto’s skyline. And location plays a big part in that.

“Located at the intersection of Bloor and Yonge, it is in the heart of Canada’s leading luxury marketplace. This property is situated minutes from the world’s most prestigious restaurants and brands – Tiffany, Hermes, Channel, Louis Vuitton, Gucci,” says listing agent Peter Torkan, adding that it’s “One of the safest communities in Toronto with access to subway/transit, grocery stores, coffee shops, brands, and boutiques.”

Amenity-wise, The One will feature a whole suite of upscale features, including an onsite concierge, an infinity pool that will be heated year-round (Canada’s winters are notoriously cold and snowy), an 8,200-square-foot garden terrace, a gym, a dedicated events and meeting room, secured parking and a guarded entry.

The One building is slated for completion in early 2024, with residents expected to start moving into the sleek new condo tower by June 2024.

Step inside 130 William Street, one of NYC’s finest new skyscrapers
Full-Floor Residence at the Newly Built Flatiron House Wants $13.5 Million
Massive Home in the Sky Above MoMa Asks $46.7 Million
This $16M NYC Penthouse Has Unobstructed Views of Central Park and the Manhattan Skyline 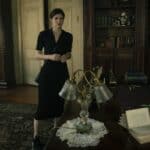