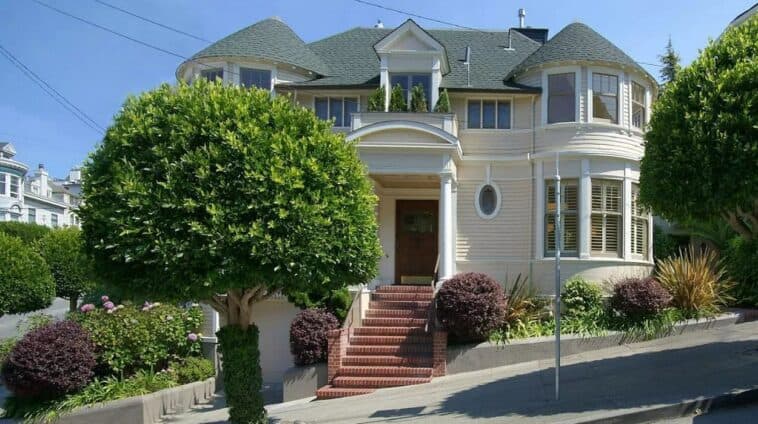 Helloooo, and welcome! Though I can hardly believe it, it’s been 30 years since Mrs. Doubtfire was released in theatres.

To this day it remains a firm favorite movie of mine and millions of others around the world.

Hardly surprising with a Golden Globe win, (Best Performance By An Actor In A Motion Picture), an Oscar win (Best Makeup), and unforgettable performances from screen legends Sally Field, Pierce Brosnan, and of course, the late and forever great, Robin Williams.

That said, if you’ve not seen the film (go grab a copy immediately!) or need a little refresh, allow me to fill you in dears.

When Miranda (Field) tells Daniel (Williams) that she wants a divorce, the devoted father of three moves out and is left with little access to his children.

In a desperate bid to spend more time with them, the out-of-work actor and his crafty brother Frank (Harvey Fierstein) hatch a plan. They disguise Daniel as a female housekeeper and get him an interview to be the children’s after-school nanny.

All goes well at first, but when both Daniel and Mrs. Doubtfire are required to attend two different dinners at the same restaurant, hilarity ensues and the truth threatens to come out!

Where is Mrs. Doubtfire’s house in real life?

As I’ve already revealed, the house from Mrs. Doubtfire is absolutely real. So the next question is, where is it?

Well, you might be surprised but tracking down the exact location really didn’t take much digging.

The address Miranda gives to Daniel/Mrs. Doubtfire in the movie is actually correct!

In the 1993 hit family movie, Mrs Doubtfire, the Hillards live at 2640 Steiner Street in San Francisco, and that’s exactly where you’ll find this dream house in real life — if you’re ever lucky enough to find yourself in the area.

The beautiful single-family home featured in the classic family movie was built in 1893, and has 4 bedrooms and 4 bathrooms spread across 3,300 square feet of living space.

The three-level Victorian house sits in a prime location on the corner of Broadway — an east-west street in San Francisco that runs from The Embarcadero to the sought-after Pacific Heights neighborhood.

In a sad but touching turn of events, when Robin Williams passed away in 2014, fans of his and no doubt the movie’s, left flowers and candles outside the home in tribute to his life.

Can you visit the Mrs. Doubtfire house?

Absolutely! Since the address is widely known and the house is located in a popular area of San Francisco (with a stunning view overlooking the bay I might add!) stopping by for a respectful look at the impressive exterior is highly recommended.

But please remember that this is a private residence, so always respect the owners’ right to privacy and make sure you admire it from a distance.

Fun fact: If you ever find yourself touring San Francisco’s most iconic movie/TV homes, make sure to add the equally memorable Full House house to your list. It’s less than a mile away from Mrs. Doubtfire’s house.

Were scenes for Mrs. Doubtfire filmed inside the house?

Like so many movies then and now, scenes for Mrs. Doubtfire weren’t actually shot inside the house.

According to nydailynews.com, a warehouse in the San Francisco Bay Area was used to construct the sets and bring the Hillards’ cozy family home to life.

Usually, when you’re daydreaming about whether you could actually move into one of the most iconic childhood homes of the ’90s, the answer is a resounding no.

However, when it comes to the Mrs. Doubtfire’s house, you might just be in luck! Although the house is currently occupied, it has been up for sale in recent years.

According to Zillow, the light-filled three-level residence boasts 4 bedrooms, 4 bathrooms, a landscaped patio area, and a large chef’s kitchen.

Perfect for when you wanna yo yo make a wicked cup of cocoa or whip up a hollandaise that smells like burnt rubber! But be warned, Zillow also estimates it’d set you back a few million dollars!

The house in Mrs Doubtfire is worth between $4 million and $5.5 million — Zillow estimates it to be worth over $5.5 million, whereas Realtor.com has a more conservative estimate for the property, valuing it at $4.3 million.

If all this reminiscing has put you in the mood to watch the movie again, you can! It’s currently streaming on Hulu and Disney+. Enjoy your trip down memory lane, all my love to you poppet.

Where is the Griswold house from National Lampoon’s Christmas Vacation?
Is the Practical Magic House Real? A Throwback to the Magical Movie House that Bewitched Us All!
‘A Christmas Story’ Miracle: Ralphie’s House is Real & Open to Visitors
Is it Real? Bilbo Baggins’ Precious Hobbit House, Straight Out of the Shire 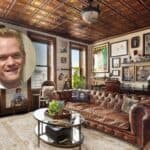 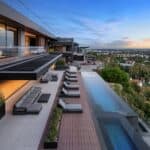