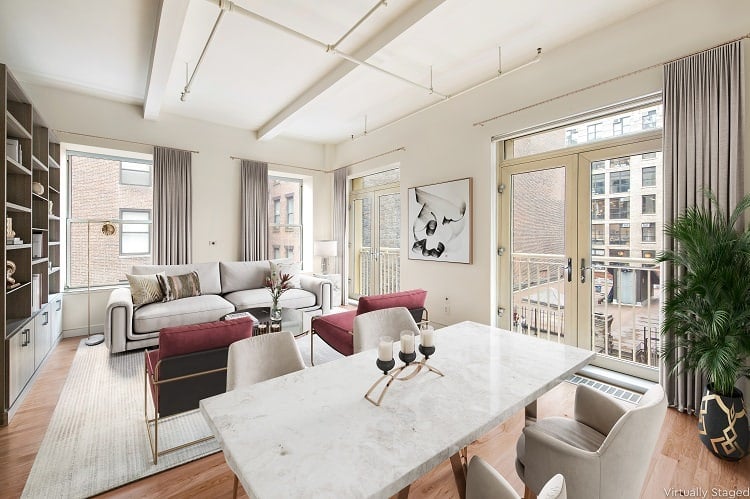 With its signature interior pods design and high-profile names attached to the project, The Jade caused quite a splash when it launched back in 2006.

The pods come in four styles, and all the functional-yet-icky parts can be concealed by simply sliding the lacquered wood doors closed, creating a mysterious reflective club that happens to be sitting in the middle of your luxury condo.

Now, if you’ve been meaning to grab your own pod at The Jade, but didn’t get your chance when the building was selling them off, you’re in luck: a one-bedroom apartment in the building just came to market with a $1,189,000 price tag, with Warburg Realty broker Harriet Kaufman in charge of the listing.

Unit 6E is a sun-drenched, 904-square foot apartment with one bedroom, one bathroom, and a bonus home office, strikingly similar to supermodel Miranda Kerr’s former pad in the building.

This home stands out with its gracious size as well as cool and classy details, such as the custom floor-to-ceiling closets in the master bedroom, a modern sliding barn door, and the unique and sunshiney Rainbow Brite-inspired tiled bathroom.

There are also 11-foot ceilings throughout and two Juliette balconies off the living room and dining room. The last piece needed to make this apartment a truly unique residence is the pod itself, masked behind gorgeous glossy kitchen cabinets.

The Jade, with its distinctive interior pods, stands on the structure of a former commercial building at 16 West 19th St. that was initially designed by William C. Frohne. The building dates back to 1913, and was bought by The Cooper Group in 2005 for $25 million

From here on, the list of Jade’s contributors reads like a who’s who of New York real estate, as Costas Kondylis was brought on board as the architect of the conversion and the architecture firm of Perkins Eastman was commissioned to oversee the addition of two more floors — meant to create the double tiered communal space of the building, which includes a fitness center, a roof deck, and a reflecting pool.

When it comes to the building’s interiors, noted designers John Hitchcox, Philippe Starck, and Jade Jagger came together to create the design collective known as YOO, with Jagger acting as the group’s creative director.

Jagger became the concept designer for The Jade, and created the building’s noted pod design. Jagger was also featured extensively in the marketing campaign for the building, using the slogan “Jade Jagger for YOO”. In the building’s glossy and colorful brochure, Jagger called The Jade a “fusion” of her love for “the rural beauty of Ibiza, the glamour of London, and the nonstop energy of New York.”

The first time interior designer put her stamp on the building in more ways than one, as the building was ultimately named after Jagger. And we couldn’t imagine a better fit for such a gem of a building.

You Can Buy Anne Hathaway’s Co-op from “Modern Love” for $3.5M
Lenox Hill Loft Opens Up to Picture Perfect Queensboro Bridge Views
NYC brownstone that was once home to Gloria Vanderbilt lists for $11.995M
A recent history of the opulent Gloria Crest Estate in Englewood, NJ 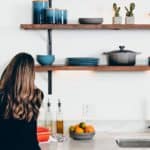 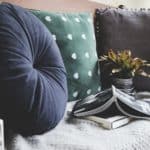