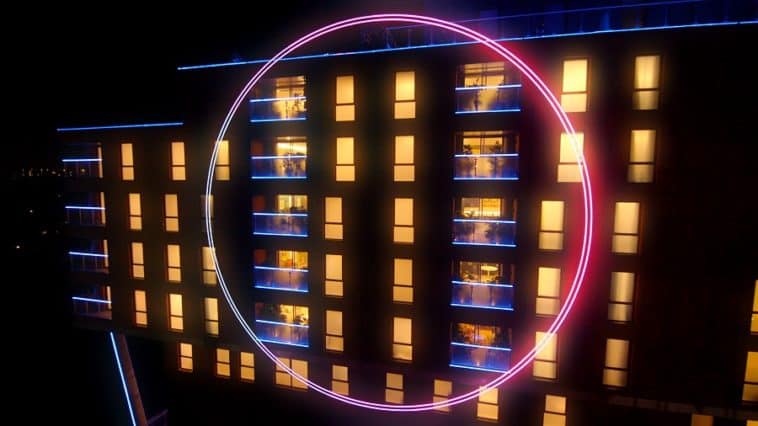 With a new season out, Netflix’s popular reality competition series The Circle is once again pitting competitors against each other to see who’s the most popular influencer of the bunch — with a $100,000 reward promised to the one who succeeds.

Now, while people at home watch and see contestants pretending either to be the best (or rather, most likable) versions of themselves OR pretending to be other people altogether, there’s one question that seems to be on everyone’s mind:

Is The Circle apartment building real? Or is it just another catfish-type of situation? Where is The Circle filmed?

We were wondering the same thing, so we set out to find the apartment building from The Circle in real life — and it wasn’t all that hard.

That’s because the same apartment building was used to film all the different versions of the show (The Circle UK, The Circle France and The Circle Brazil).

The Circle building is NOT in Chicago, as the show might lead you to think

You know how the opening credits show establishing shots from some of Chicago’s most iconic buildings? We briefly get to see Willis Tower and the Adler Planetarium before the camera zooms in on the building where the show’s contestants live.

Well, apparently, that’s just the show’s way of catfishing us!!

In real life, The Circle building (with its quirky, colorful apartments) is located a continent away, in England.

You’ll find it in Salford, UK, right outside of Manchester

We were rather surprised — given that most of the show’s contestants are Americans — to learn that the entire show was filmed in a newly developed residential building in Salford, UK.

That’s right, the entire cast of the show traveled to England to film the reality series, and they stayed at the brand new Adelphi Wharf development, a 206-unit apartment building that comes with a private residential gym, landscaped rooftop gardens, and waterfront views.

The building was first home to the British TV series of the same name, with each international version of the show keeping it as a filming location.

SEE ALSO: ‘Love is Blind’ locations: Where to find the contestant’s apartments, the pods, and the Malibu retreat

Now that you know where The Circle was filmed, you might be wondering whether there’s an actual circle slapped on the building like we see on the show. And apparently, there is one!

On the outside of The Circle building is a large, lit-up circle made of a roughly 82-foot diameter aluminum track with LED lights strung through and around the circle.

One room in the building has also been reserved for what the show calls “the testimonial room” — the room players go to after they are blocked to create their goodbye video to the remaining players.

The rest of the building’s 206 units have continued to be occupied by residents while the filming took place.

As for the rest of the production crew, they set up shop in the building opposite the apartments, in a former college campus. They call this “the control room”.

According to the show’s Wikipedia page, at any time in the control room, there were between twenty and thirty producers and camera operators working, recording, and sending all the messages from The Circle.

The apartments where the contestants live

According to the show’s Wikipedia page, the apartment building is always prepared with twelve furnished and ready-to-use apartments for the players to live in.

Each one is uniquely designed and decorated, and the first season even prompted countless articles online ranking each apartment’s design.

In fact, every apartment at Adelphi Wharf 1 is partly furnished and comes with a modern, upscale look — especially given that the building is trying to attract residents that commute to either Manchester city center or MediaCityUK, Europe’s first purpose-built digital technology hub (which is also home to the BBC network).

If you didn’t know that the apartments are in England, there are a few elements that might give them away: take a closer look at the wall outlets, and you’ll see European sockets instead of American ones.

The size and layout of the apartments might be another giveaway, as European flats traditionally run smaller than their North American counterparts (with the exception of New York City, of course, where apartments are notoriously small).

Social distancing before it was cool

While the show was launched before the 2020 lockdown, it couldn’t be a better reflection of the times that followed.

With each of the show’s contestants living in separate apartments, never seeing each other face-to-face, and relying solely on technology to connect, The Circle is a fitting reality show for a pandemic-ridden world.

Each apartment that the players live in is plastered with screens in every room in order for the players to be able to hold conversations with other contestants as they go about their everyday lives, with limited contact with the outside world.

How familiar does that sound?

The New Girl loft and where to find it in real life
All the Glamorous Penthouses, Suites, and Lofts in Gossip Girl
The Story Behind Carrie Bradshaw’s Apartment in “Sex and the City”
Monica’s Apartment in Friends — The Place where Friendship is Forever 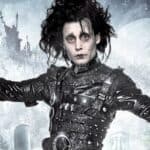