There’s this wonderful place on the internet where people do nothing but look at pretty houses. A magical place full of secluded cabins, heritage houses, and actual dream homes that hopped out of the realm of magic and set roots on firmer grounds.

That place is r/Houseporn. A subreddit where over 60,000 people get together to upvote and downvote user submitted photos of their own dream homes. Some real, some imagined by others, some taken from iconic movies, but all wonderful.

And we thought we’d take them out of their little bubble and share them with everyone. So we’ve looked at the most popular r/Houseporn submissions of all time and put together a round-up of reddit’s absolute favorite homes.

Look out for: a Lord of the Rings-inspired mansion (that grossly defies the size of the actual Hobbit house), Manitoga – the remarkable home of modernist designer Russel Wright, and a few dream homes posted by their proud owners (or their sons and grandson’s).

A stream passes through this LotR inspired Mansion in Utah. On the market for $14.9million [1024×683] from r/Houseporn

Perfect escape into the woods from r/Houseporn

One of my favorite pictures I’ve ever taken. Falling Waters in Mill Run, PA [2448×3264] from r/Houseporn

Beautiful Home in Canada from r/Houseporn

Fairytale house in Austria from r/Houseporn

Cabin in the woods. from r/Houseporn

“Manitoga,” the home of industrial designer Russel Wright [750×738] from r/Houseporn

Modern Cabin built above a pond. (Has a diving platform built into the living room.) | Oregon [1362×908] from r/Houseporn

straight out of a cartoonunusual home 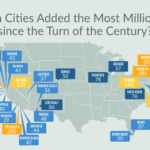 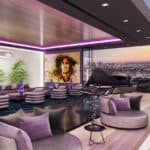