How often do you wake up to read about a $200+ million sale? (answer: hardly ever and I hope things stay that way, but that doesn’t make this record-breaking sale any less impressive.)

Hedge fund billionaire Ken Griffin has just snapped up a trophy penthouse atop the coveted 220 Central Park South, a luxury condo building overlooking Central Park, in a deal that has long been rumored.

Griffin, who also happens to be the richest man in Illinois, is no stranger to shattering real estate records. Just a couple of weeks ago, he closed on one of the priciest deals in London history with his acquisition of a $122 million mansion — previously owned by Charles de Gaulle — that’s located near Buckingham Palace.

Before that, he made headlines with his $58.7 million buy of several floors of a Chicago condominium, which marked the most expensive residential sale in Chicago, and his record $60 million purchase of a Miami condo, marking a first for the city’s condo market.

And if you’re doing the math in your head right now, trying to figure out how much money Ken Griffin has been publicly spending, make sure to add up his art endeavors: the hedge fund manager is famous for spending a staggering $500 million back in 2016 for two paintings, one by Jackson Pollock and the other by Willem de Kooning.

Designed by self-proclaimed ‘modern traditionalist’ and former dean of the Yale School for Design, Robert A.M. Stern, 220 Central Park South — while not yet completed — aims at accommodating contemporary lifestyles in an architectural setting inspired by the historic residences of New York.

CNBC reports that Griffin bought the space raw, which means that even after paying $238 million, Griffin will likely spend millions more to design, build and furnish the home.

Breaking the record for most expensive home ever sold in the U.S.

The $238 million sale of the 220 Central Park South penthouse casts a shadow on One57’s high profile sale of 2015, when Dell founder Michael Dell paid $100.5 million for a penthouse in the building, a record for the city at the time.

Jeff Bezos Pays $80M for Three NYC Condos; Likely to Turn Them into a Massive 17,000-Sq. Ft. Penthouse
Luxurious Greenwich Lane Condo Hits the Market, Seeks $18 Million
Kerry Washington’s New York Apartment Is Just as Stylish as You’d Expect
If You Want to Live in a Celebrity Building, Here are Your Best Options 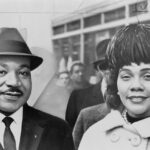 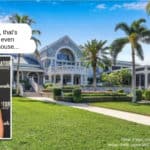