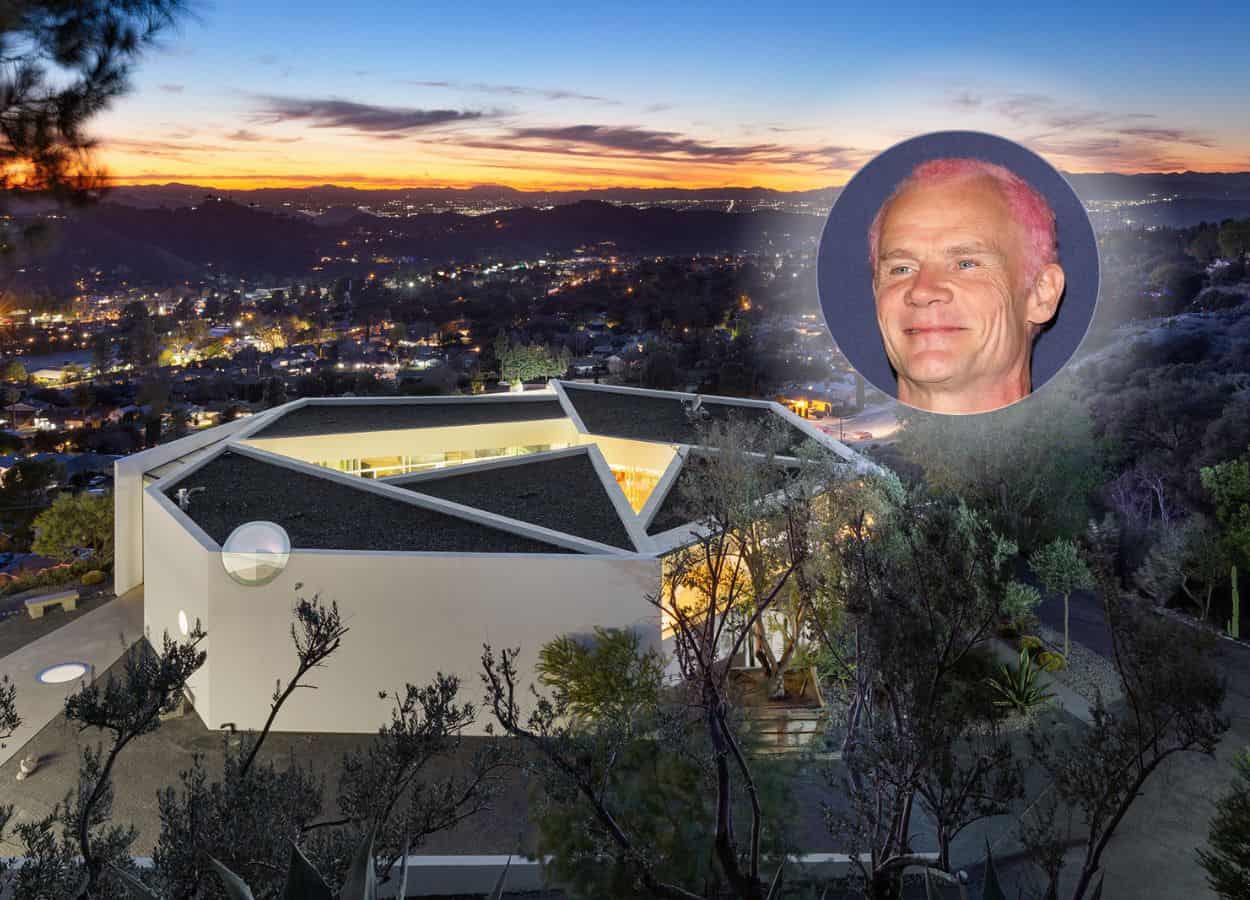 A two-home compound in La Crescenta, Calif. is looking for a new owner — and there are so many interesting elements to it that we don’t even know where to start.

From its distinctive, futuristic architecture to its famous rock star owner, all the way down to a Richard Neutra connection that anchors it firmly in the past, one thing’s for sure: there’s nothing ordinary about this million-dollar property.

But before we go into the reasons why the bassist is parting ways with the striking property he’s been calling home for the past four years, let’s go over some of the most distinctive merits of the compound.

Especially since it consists of not one, but two architecturally significant homes: one a modern heptagon-shaped house designed by AD100 architect Michael Maltzan and the other a lovely midcentury-style house built by famed architect Richard Neutra in the early 1950s.

The original structure on the property was built by Richard Neutra for his secretary, Dorothy Serulnic and her husband, George, back in 1953.

Neutra, one of the most influential architects of the twentieth century, made sure to make his secretary’s home as livable and comfortable as it is visually appealing.

He designed several built-ins including a sofa system with a record player and concealed speakers, multiple desks, shelving systems, a dining room table, and a sliding breakfast nook.

Clocking in at 1,350 sq ft, the midcentury-style home has 2 bedrooms, one bath, and is surrounded by walls of glass.

But despite its architectural pedigree, the Dorothy Serulnic Residence is not the main structure on the property.

Flea’s house is a futuristic, heptagon-shaped structure with an open-air courtyard at the center

In what looks like a tribute to Richard Neutra’s cutting-edge modernism, architect Michael Maltzan built a dramatic, seven-sided house on the property half a century later.

The spaceship-like house is surrounded by seven exterior walls (some made out of glass) and is anchored by an open-air courtyard that sits right at the center.

Nearly all the rooms of the house come with sliding floor-to-ceiling windows that open up to either the serene courtyard, or to beautiful mountain and city skyline views.

Stand-out features of the heptagon-shaped house include a primary suite with an entire wall of glass that opens up to a generously sized balcony and a particularly unique bathroom with a blue curved penny-tiled wall surrounding the shower.

Outside, amenities include a 50′ foot long Johnston Vidal lap pool, a driveway that connects the two homes, and an outdoor movie pavilion with a windscreen and a catering kitchen for entertaining guests.

There’s a bonus cabin on the property

While the two architecturally significant homes get all the attention, there’s also a third – albeit tiny – structure on the grounds (also added during Flea’s ownership).

A small cabin built by artist and craftsman Peter Staley provides a little extra space for guests — and an eye-grabbing feature.

Staley uses naturally felled locally sourced trees to create “one-of-a-kind pieces in reverence to the majesty and poetry of the natural landscape”, as per his website.

The artist’s cabins are very small and space efficient, with a carefully designed exterior that blurs the lines between lodging and art — a combo that perfectly sums up this unique property.

Flea’s house and the rest of the structures on the property were recently featured by Architectural Digest, and you can take a tour of the property here:

The Australian-born musician bought the two-home compound back in 2018 as an upgrade from a 1930s traditional in Los Feliz that he had just listed for sale at the time.

He held on to it for close to four years, and made some significant improvements during his ownership — including commissioning Maltzan to design an 875-square-foot addition for the main house, which was added in 2021.

Now, it would seem that the Red Hot Chili Peppers bassist is ready to move on.

Back in December 2021, Michael “Flea” Balzary bought a $14 million Beverly Hills home with a treehouse and leaf-shaped pool.

His new home, which he shares with wife Melody Ehsani, packs seven bedrooms and eight baths in over 7,300 square feet of living space. Originally built in 1948, the Flea’s house was completely renovated in the early 2000s by L.A. architect Aleks Istanbullu, Dirt reports.

Given Flea’s track history of picking up beautiful homes to later sell at a profit, we wouldn’t be all that surprised to see his new Beverly Hills digs surfacing on the market a couple years from now.

Adam Levine’s House in Montecito is a Stunner
Where Does Tommy Lee Live Now? Inside his Japanese-Style House in L.A.
Mötley Crüe’s Nikki Sixx Sells His Palatial House in Los Angeles for a Little Over $5 Million
Where Does Tina Turner Live Now? Her Swiss House and $76 Million ‘Weekend Retreat’ 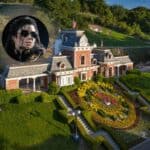 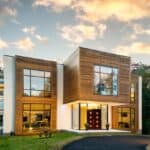