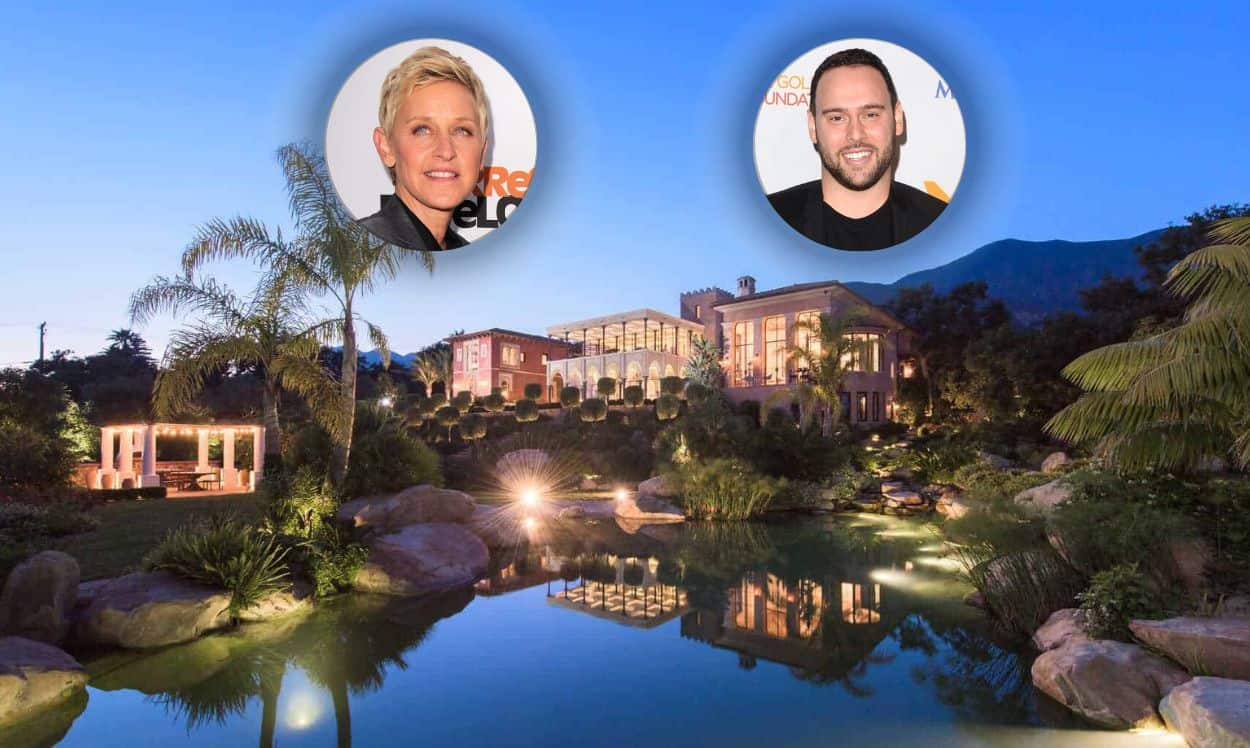 After wrapping up her long-running daytime show earlier this year, the former host of The Ellen DeGeneres Show is now doubling down on her real estate side gig.

A prolific house flipper, Ellen DeGeneres — alongside wife Portia de Rossi — just sold another Montecito mansion at a huge profit, less than 6 months after buying it.

According to Architectural Digest, the talk show host sold the property for $36 million after paying only $21 million for the Moorish-style mansion in early 2022.

The buyer is none other than music mogul Scooter Braun, best known for managing some of the biggest names in the industry, including Ariana Grande, Justin Bieber, Demi Lovato, and David Guetta.

And Braun’s new abode is even more impressive than his last.

An imposing structure seemingly plucked out of the rolling hills of Spain, Villa Tragara is a Moorish-style estate with Spanish and Italianate influences built by TV commercials director Kinka Usher.

At first glance, you’d think the estate is located somewhere on a secluded hilltop in Spain.

And you wouldn’t be completely off base, as the villa was actually modeled after the mesmerizing Alhambra Palace in Granada, Spain.

Featuring 11,947 square feet of luxurious living space, Villa Tragara is currently configured as a three-bedroom — but has plenty of space that can be turned into additional bedrooms.

Its design seamlessly blends Spanish, Italianate, and Moorish architecture, resulting in a magnificent display of opulence and elegance.

The estate was custom-built in 2014 by MG Partners for Kinka Usher, an acclaimed TV commercial director who has worked with clients like Nike, Pepsi and Taco Bell.

State-of-the-art technology systems have been discreetly built into the property — which boasts Crestron automation, geo-thermal cooling and radiant heating, and a movie theater with surround sound and DLP cinema projector.

We first covered the magnificent property when it was initially listed in August 2019 — please note that the photos and reporting below date back to that time. Since then, the property has seen some changes (after Ellen took ownership), and its representation changed as well.

Villa Tragara was initially listed with The Agency founder and president Billy Rose, but reports of Ellen’s purchase indicate that Nancy Kogevinas of Berkshire Hathaway HomeServices California Properties held the listing when the TV show host bought it.

DeGeneres then sold it to Scooter Braun in an off-market deal, meaning little information is available on who helped close on the latest sale or what type of changes Ellen made to the property during her brief ownership.

A look inside the striking Montecito mansion

The interiors of the Moorish-style house are just as impressive as its architecture.

The living room connects the indoors with the outdoors through walls of double-height glass and steel doors and windows, offering extraordinary views of the property grounds and of the ocean.

The entire living room and dining area, which incorporates a top-class kitchen and plenty of lounging areas, is completely bathed in natural light, and is the focal point of this estate.

Speaking of the property grounds, the house lies on an expansive 2.45-acre lot, replete with olive orchard trees, numerous mature trees, and a 90,000-gallon swimming pond.

The estate also includes a floating Japanese pavilion above the koi pond, and a 16-seat covered pergola with an outdoor kitchen that features a pizza oven and barbecue, perfect for entertaining guests or enjoying the summer weekends.

There’s also a spring-fed well and a 12,000-gallon cistern that provide enough water throughout the year to serve the entire grounds, and even the house, if needed.

Ellen sure knows how to pick them.

The property comes with an attached guest house that features a living room, a kitchen, and a bedroom suite.

Two master suites are incorporated in the house, one boasting floor-to-ceiling windows on three sides, a large covered terrace, and a spa-like lavatory.

While the villa may seem incredibly secluded and remote, it’s actually located in the heart of Montecito, a popular destination for celebrities.

Oprah, Gwyneth Paltrow, Prince Harry and Meghan Markle all live in the area.

The location is conveniently close to beaches, shops, and restaurants in the Upper and Lower Villages, while the Four Seasons Biltmore, San Ysidro Ranch, and the Rosewood Miramar Beach Hotel are also nearby, and they offer a plethora of amenities via their membership clubs.

Ellen and wife Portia de Rossi have long been snapping up Montecito real estate — and they currently own several houses here.

Just three months ago, they sold another estate in the area for $13.5 million, one they had paid $12 million for back in September of last year.

But that deal pales in comparison to the profit they made off of this last sale.

While we don’t know how much money the couple invested in property renovations before selling to Scooter Braun, Ellen and Portia spent $21 million to buy the property, raking in a $15 million profit from the $36 million sale.

*Most of the information in the above article was written in August, 2019, when the property was first listed for sale. The copy was written by Ioana Neamt and the property photos were provided by The Agency, the real estate brokerage that first held the listing. The article has been updated to reflect current information and to identify Ellen DeGeneres as the seller and Scooter Braun as the buyer. 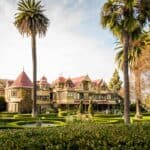 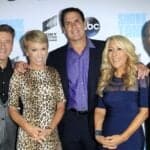