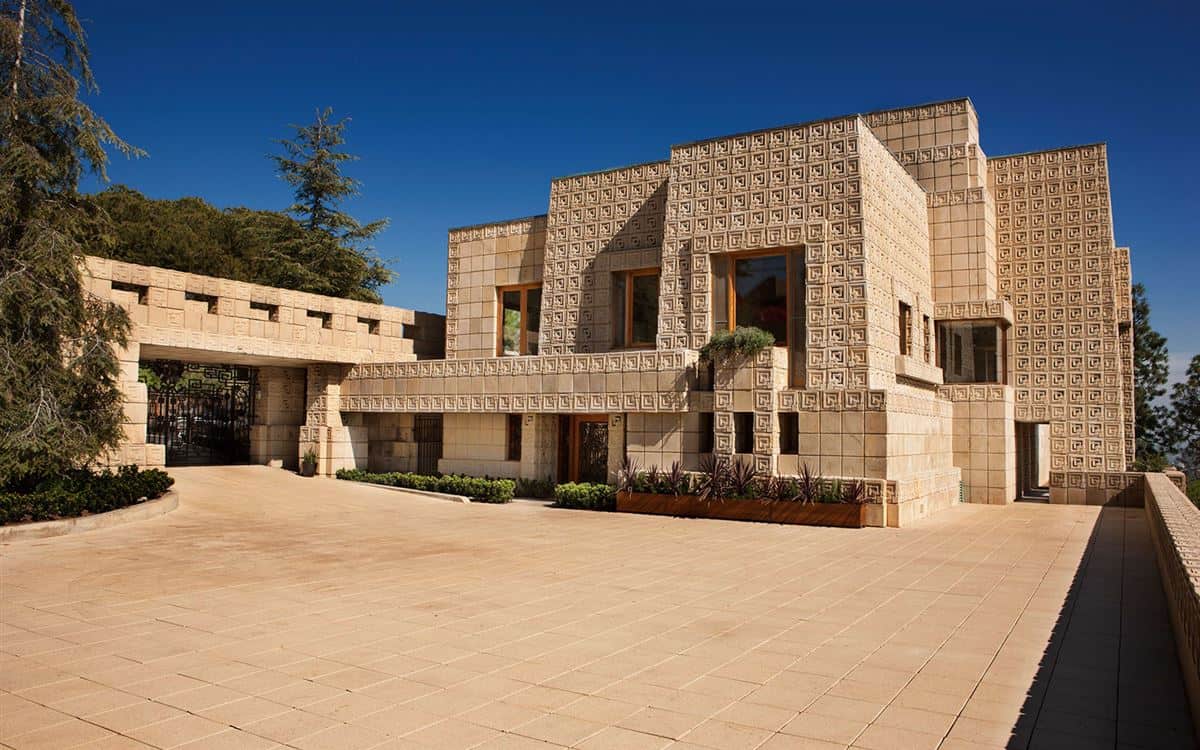 Few houses nowadays can cause our brows to rise and our jaws to drop; one might say we’ve pretty much seen it all by now. Yet there are some architectural gems that only get more impressive with time and even after decades have past, leave us in awe with their masterful design.

Frank Lloyd Wright’s Ennis House is definitely one of those gems. Nearly 100 years after it was built, the building still manages to fascinate us, and Hollywood can’t seem to get enough of it.

And if its name doesn’t ring a bell, your memory might get triggered if we mention that it’s the Blade Runner house.

The actual location was reportedly only used in the scene in which Deckard drives up to the motor court, but the Ennis House definitely became famous after making its appearance in the 1982 movie.

But the unique structure, built entirely from concrete blocks and reminiscent of ancient Mayan architecture, is so much more than just the Blade Runner house. So let’s take a closer look at how the legendary architect brought it to life.

The strange, monumental-looking mansion perched on a hilltop in Los Feliz at 2607 Glendower Avenue was built in 1924 for Charles and Mabel Ennis.

The architect employed a rather unusual technique to erect the house, using 27,000 perforated and patterned decomposed granite blocks, reportedly inspired by the Puuc architecture in Uxmal.

Using blocks of granite or concrete to build a residential house wasn’t very common in Los Angeles at the time.

According to Arch Daily, Wright once explained that concrete ‘was the cheapest (and ugliest) thing in the building world. It lived mostly in the architectural gutter as an imitation of rock-faced stone. Why not see what could be done with that gutter rat?’

Apparently, that gutter rat translates into timeless works of art, as Ennis House is regarded as one of the most beautiful and unique architectural gems of all time. The Los Angeles Times declared it one of the top 10 houses of all time in 2008, and Hollywood clearly agrees.

While it was Ridley Scott’s 1982 cult classic, Blade Runner, that made the house known around the world, Frank Lloyd Wright’s masterpiece has made it to our screens far more often than you might have realized.

Over the year, the Ennis House has been featured in countless Hollywood classics and blockbusters, including Mulholland Drive, Twin Peaks, Buffy the Vampire Slayer, The Rocketeer, Rush Hour, Predator 2, and Beverly Hills Cop II.

It was also a popular setting for commercials and ads of all kinds, and it even served as inspiration for the set designers on Game of Thrones. Obviously, Frank Lloyd Wright’s work continues to inspire, even after a century.

Ennis House didn’t have an easy life though. It encountered structural problems ever since construction first started, and was later heavily damaged in the 1994 Northridge earthquake.

The house, which once belonged to media personality John Nesbitt, was owned by the Trust for Preservation of Cultural Heritage (later renamed the Ennis House Foundation) from 1980 until 2011. It was during these years that the Ennis House became a popular filming location, and one of Los Angeles’ most famous outposts.

The house had fallen into disrepair by the time it sold to Ron Burkle in 2011. The billionaire went on to invest millions of dollars into restoring the iconic structure, aided by a $6.4 million FEMA grant and construction loan that was issued to fund structural stabilization and renovation work.

Ron Burkle decided to part ways with the Ennis House in the summer of 2018, when the property was listed for sale with an asking price of $23 million. However, it wasn’t until October 2019 that the house finally found a new owner, and sold for $18 million.

The price tag was well below the initial ask, but even so, it became the most expensive Wright-designed home ever sold. The previous record had been set in 2013, when the Storer House in Hollywood Hills sold for $6.8 million to billionaire Jon Stryker.

Fun fact: the Ennis House is forever protected by a detailed conservation easement, which states that house owners must allow public viewing at least 12 times per year. So, if you want, you can actually take a peek inside this famous Hollywood home.

At first glance, Ennis House seems huge, monumental even, but the truth is that it’s more a work of art than a luxurious Hollywood home. There are only three bedrooms and three-and-a-half bathrooms, totaling roughly 6,000 square feet of living space.

The property is divided into two separate structures, between which lies a gated motor court that can accommodate roughly 6 cars. A long hallway connects all the living spaces in the house, and is adorned with a mausoleum-like marble floor.

The interior of Ennis House features the same interlocking granite blocks, which are all stamped with a stylized ‘g.’ Some say that this symbol might allude to the Masonic order that Charles Ennis belonged to.

What’s interesting to note is that some of these granite blocks are punctured to allow natural light into the house.

Ennis House features hardwood floors and leaded glass throughout. It incorporates a games/media room with a wet bar, a swimming pool, a koi pond on the north side of the estate, as well as several balconies and terraces with sweeping views of Los Angeles. There’s also central air conditioning and heating, and the house has five fireplaces.

The swimming pool and basement-level billiard room were designed by Wright himself in 1940. He was contracted by then-owner John Nesbitt to renovate the property and add a few extra amenities.

How big is the Ennis House?

The house has roughly 6,000 square feet of living space, with 3 bedrooms and 3.5 bathrooms. The property is divided into two separate structures, between which lies a gated motor court that can accommodate 6 cars.

Who owns the Ennis House?

Billionaire Ron Burkle was the last known owner of the Ennis House. He sold the property in 2019, and the name of the buyer was never disclosed. Burkle then went on to buy another iconic property, Michael Jackson’s Neverland Ranch.

How much did the Ennis House cost?

The architectural property was last sold in October 2019 for $18 million — after being listed for sale a year earlier with a $23 million price tag.

Can you visit the Ennis House?

Even though it’s a private residence, theoretically you should be able to visit it. The Ennis House is forever protected by a detailed conservation easement, which states that house owners must allow public viewing at least 12 times per year.

This article was updated for relevance and timeliness, with the original piece being published on February 14, 2020. If you think there’s anything else we need to include, don’t hesitate to reach out to us via hello@fancypantshomes.com.

The Three (Tragic) Lives of Frank Lloyd Wright’s Taliesin House
The House that Zaha Hadid Built: The Story of the Only Residence Ever Designed by “The Queen of the Curve”
This Perfectly Preserved Mid-Century Home in Palo Alto Was Designed by Frank Lloyd Wright Student Aaron Green
Ernest Hemingway’s Iconic House in Key West Stands Tall and Mighty After 168 Hurricane Seasons 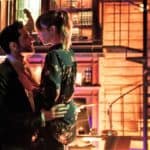