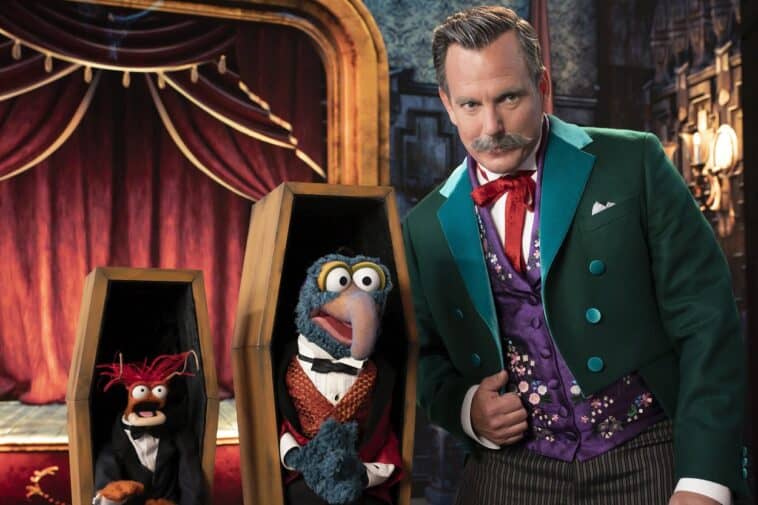 It’s not easy being green!

But when it comes to mansions with boo-tiful guests, turning green might be a given.

In the Muppets Haunted Mansion Disney+ Halloween special, Gonzo and Pepé face a series of spook-tacular challenges while staying in a haunted mansion for one night.

Is it witchful thinking to assume the haunted mansion is real?

We’re going to lift your spirits and have some skele-fun as we do some digging for the grave details regarding this festive family film.

A quick recap of the “Muppets Haunted Mansion’ movie

And in embracing the spooky season, Gonzo and Pepé decide to investigate the legendary disappearance of Gonzo’s favorite magician, The Great MacGuffin.

So instead of attending the Muppets’ annual Halloween party, they go to the same haunted mansion that The Great MacGuffin reportedly disappeared in one hundred years ago.

Played by Will Arnett, the Ghost Host tells Gonzo that he must survive one night in the haunted mansion. But if he doesn’t, he and Pepé will be trapped there until the end of time.

Soon after, Gonzo is informed that he must face his fears in Room 999 (with, of course, the room’s number sign turned upside down to read 666).

A scare is born!

Next, Gonzo gets trapped inside the room and faces his biggest fear: that no one will approve of him should he shy away from dangerous stunts.

Upon recalling a conversation he had with Kermit, Gonzo realizes he can be great just by being himself. Fa-boo-lous!

After a series of other spooky stunts, Gonzo and Pepé become privy to the greatest reveal of all: The Host is alive. In fact, he is the Great MacGuffin himself.

A trick or a treat? Is the mansion real?

Sure, the festive film is the pick of the patch. But is the Muppets Haunted Mansion real?

We hate to break your bones, but the house in the Muppets Haunted Mansion is about as real as a ghost.

No real house was used to film the Halloween special, and none of the existing Haunted Houses in Disney’s amusement parks could be used to shoot the movie. Everything you see on screen is CGI, and the park attractions weren’t built for filming, according to the movie’s director.

“The Haunted Mansion in the special is unlike any of the existing Haunted Mansion attractions in the world — and it’s also completely digital,” director Kirk Thatcher shares with Polygon.

Regarding the park attractions, Thatcher adds, “They’re not built for filming.”

Using virtual backdrops, the scenes for the Disney Halloween special were shot in layers.

“We couldn’t shoot the ghosts and the people at the same time,” shares Thatcher. “So some of the musical numbers are like three or four layers, with background ghosts being shot separately.”

He adds: “Our actors had to do musical numbers with nobody there. They were signing and had an eyeline to somebody who wasn’t there. Like, ‘Kermit is gonna be here. But he’s not gonna be here now. But you have to be singing to him and looking at him.”

But in real life, you can join the spook-tacular fun at the various Disney parks across the globe, where four different Haunted Mansions await thrill-seekers.

Located in Disneyland Anaheim at the park’s New Orleans Square, fans of the festive film can check out the attractions at the antebellum South-style manor.

At Disney World in Orlando, you can see exclusive content from Muppets Haunted Mansion in the pre-show at Disney’s Hollywood Studios. 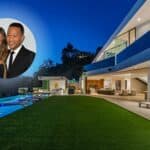 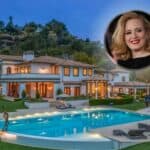