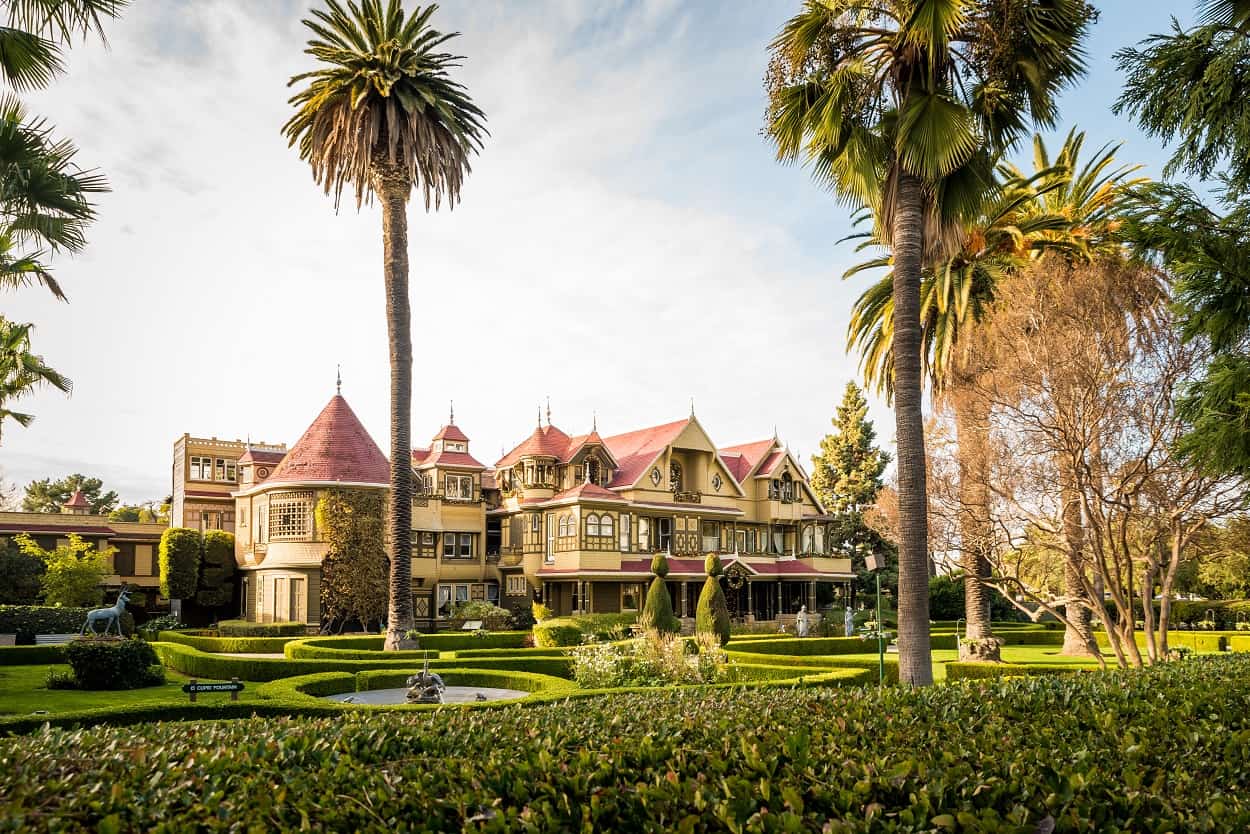 As far as notoriously haunted mansions go, the Winchester Mystery House is the uncontested leader.

Located in San Jose, California, the Queen Anne-style Victorian mansion is known for its size, unique architecture, and utter lack of any master building plan.

So why is this magnificent mansion known as one of the creepiest houses in the country? And who owns it?

Here’s the full scoop on the infamous California compound that has ties with the smash TV series Supernatural and is often dubbed “the most haunted house in America.”

The history of the Winchester Mystery House

Although it is considered to be one of the most haunted houses in the world, the Winchester House is currently a California historical landmark and is listed on the National Register of Historic Places.

And it’s a popular tourist attraction that just announced a new interactive tour.

But first, let’s take a look at the home’s humble beginnings.

The Winchester mansion once belonged to Sarah Winchester, the widow of firearm magnate William Wirt Winchester.

After her husband’s death, Sarah inherited a tremendous amount of money that she used to build the house.

Despite its glamorous looks, the sprawling mansion’s history is edged with tragedy.

Some say that Sarah started building it after a medium told her she was cursed by the spirits of those killed by Winchester rifles, who demanded she build them a house to pay for her family’s sins.

As Sarah Winchester didn’t use an architect, the Winchester mansion contains many oddities like trap doors, secret passages, stairs that lead to nowhere, windows overlooking other rooms, doors that open to blank walls and a door that opens out into nothing.

The house has a labyrinth layout that was meant to confuse the ghosts.

Not to speak ill of the dead, but apparently, Sarah Winchester was haunted by a rather unique type of ghost: the kind that can’t pass through walls.

The 24,000-square-foot home has about 160 rooms. Due to its odd construction and secret passages, no one knows for sure.

Sarah also had a distinct preoccupation with the number 13. The Winchester mansion has many 13-paned windows, halls with 13 ceiling panels, and 13-step stairways.

The house was continuously built over a 38-year span and the construction only stopped after Sarah Winchester died of heart failure in her sleep.

Who owns the Winchester house now?

When Sarah died on September 5, 1922, all of her possessions (apart from the house) were inherited by her niece and personal secretary.

Since she made no mention of the mansion in her will, and appraisers considered the house worthless, it was auctioned off for just over $135,000 and leased for ten years to John and Mayme Brown, who eventually purchased the mansion.

Just five months after Sarah’s death, the house was opened to the public and Mayme Brown served as the tour guide.

Currently, the home is owned by Winchester Investments LLC, a privately held company representing the descendants of John and Mayme Brown.

Where is the Winchester house?

Although it started as the personal residence of Sarah Winchester, the Winchester House is now a popular tourist attraction.

The famous mansion is located at 525 South Winchester Blvd. in San Jose, Calif.

Considered to be the most haunted house in America, the Winchester mansion is located in the center of the Santa Clara Valley on the southern shore of San Francisco Bay.

Visiting the Winchester House has never been so easy. Open 7 days a week to the public, and only closed on Thanksgiving and Christmas Day, visitors can take a tour of the famous mansion.

In fact, they’ve just announced a new Walk With Spirits interactive tour at the famous mansion.

During this new tour that lasts a little over an hour, visitors will get an interactive experience of Sarah Winchester’s tragic story and her journey out west.

Some of the key tour highlights include Victorian mourning traditions, legends American Spiritualism movement, an interactive seance experience, and a dimly lit stroll through the basement.

And if you’re looking for places to stay nearby, there are plenty of accommodation options nearby:

The Winchester House gets its own movie

A few years back, the Winchester Mystery House was the subject of a new horror movie, inspired by its tumultuous past.

Directed by the Spierig Brothers and starring Hellen Mirren as the reclusive heiress to a massive arms company, Winchester was released in February 2018.

The movie didn’t get rave reviews — despite its star-studded cast — and one reason for that could be its very name.

One of the Winchester mansion’s many contributions to pop culture consisted of it lending its name to the Winchester brothers, the main characters in the popular Supernatural series.

As the lore goes, Sam and Dean’s last name is a nod to the famous Winchester Mystery House.

And even though the series doesn’t provide actual links between the brothers and the real Winchester family, it still makes for a killer back story — with the house itself being worthy of a  Supernatural feature.

Of course, many Supernatural fans were excited to hear that a Winchester movie was being released, many presuming that Sam and Dean are going to be featured in it.

The rumor spread so the creators actually had to clarify that the Supernatural characters won’t be part of the movie.

“No, the brothers do not show up in Winchester. This is a feature-length movie, not a short film and if they teamed up with Sarah the three would wrap things up in minutes.”

Movies and TV shows filmed at the Winchester House

IMDb shows that quite a productions were filmed here, including Project Dead Zone (2018), Ghosts of California (2003), a Mythbusters episode (Fright Night, which aired in 2012), and a few episodes of Buzfeed Unsolved: Supernatural (2016-).

Behind the Evil Eyes: The (Real) Story of the Amityville House
The Conjuring House Sells for Over $1.5 Million Despite its Sordid History
Zooming In on the Stanley Hotel, Stephen King’s Inspiration for ‘The Shining’
Menabilly, the Real-Life Inspiration for the Manderley House in ‘Rebecca’ 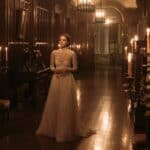