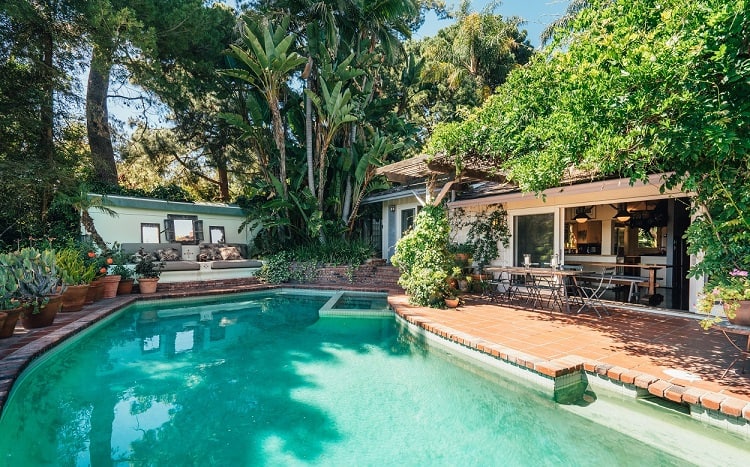 Former on-screen first lady Stockard Channing — who portrayed FLOTUS Abbey Bartlet on the NBC television series The West Wing, among many other iconic roles — is parting ways with her longtime home in Los Angeles.

The property is only minutes away from the Sunset Strip, Hollywood, West Hollywood, and Studio City, in a section of L.A. dubbed “Celebrity Row,” due to the many celebrities that bought homes in the area, including A-listers like Zac Efron, Lady Gaga, and Quentin Tarantino.

Channing reportedly purchased her secluded home decades ago for only $870,000, which means she stands to nearly triple her investment when the home sells; but given the amount of time she kept the property, and the unparalleled level of privacy it offers, we find it hard to believe she’ll have an easy time saying goodbye to her longtime home above Laurel Canyon.

At not quite 2,200 square feet, Channing’s 1950s cottage may not rival neighboring properties in size; but sure does bank on other qualities, including a level of customization that’s particular to a home that’s actually been lived in.

The home’s living, dining, and kitchen spaces all open out to the backyard and pool area, and they showcase views of the surrounding canyon.

The airy and bright layout features vaulted wood ceilings, dark wood floors, and a seamless indoor-outdoor flow. Between the living and dining rooms, there’s also a smooth concrete wall with a double-sided fireplace.

Stockard Channing’s house retains many beautiful classic details (including stained glass windows), despite undergoing many updates over the years and the addition of modern features to fit today’s needs.

The single-level home has three bedrooms, four bathrooms, a lush jungle-like courtyard garden shrouded in privacy, and a magnificent terrace (with a pool) that offers cross-canyon mountain views. It’s currently on the market for $2,495,000, with Douglas Elliman agents Juliette Hohnen and Annie Stewart in charge of the listing.

Until recently, the actress owned another home nearby — a mid-century two-bedroom she sold early last year for $1.79 million.

Stockard Channing has long been a memorable figure on both screen and stage; the actress came to fame after portraying Pink Ladies alpha female Betty Rizzo in the iconic 1978 film Grease, which was followed by a long string of TV and stage roles.

A 13-time Primetime Emmy Award nominee and seven-time Tony Award nominee, Channing is also known for originating the role of Ouisa Kittredge in the stage and film versions of Six Degrees of Separation.

Among her most familiar roles, Channing played First Lady Abbey Bartlet on the NBC television series The West Wing and had a recurring role as Veronica Loy on the CBS drama The Good Wife.

Jessica Alba’s House is a Pinterest-Perfect Dream Home
Hillside, the $40 million house on ‘Selling Sunset’
Serena Williams’ House in Florida
Where do the ‘Real Housewives of Beverly Hills’ Live? 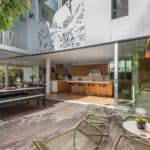 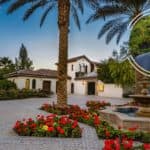