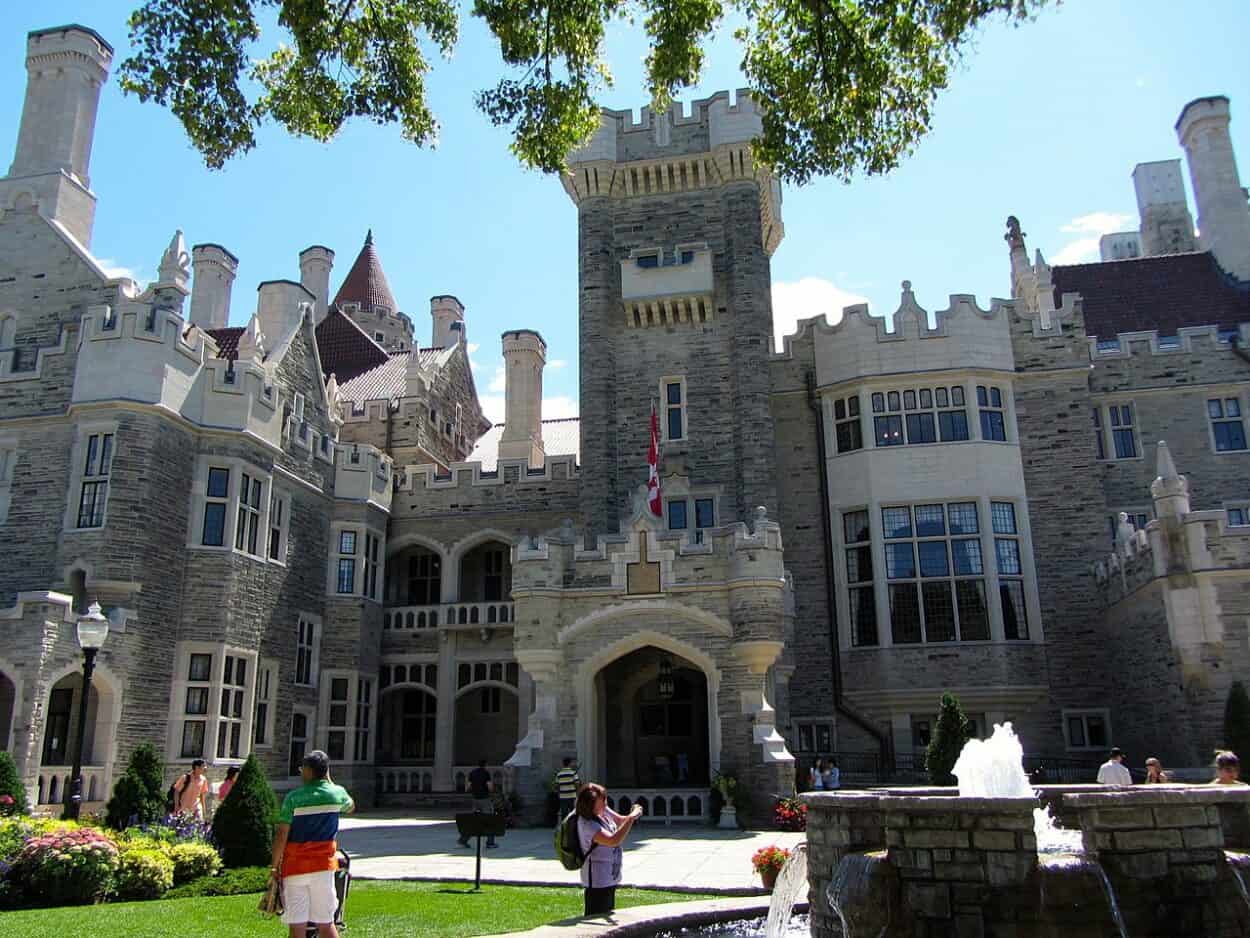 With soaring battlements and secret passageways, the one and only true castle in North America sits in the heart of Toronto, Ontario.

And it’s a must-see when visiting the T-dot, especially for movie lovers.

X-Men fans in particular will be quick to recognize the estate, as it served as a main filming location for Xavier School for Gifted Youngsters in the 2000 movie, as well as countless other movies (scroll down for the full list).

Known as Casa Loma, the treasured Canadian landmark is now owned by the City of Toronto and regarded as one of the top local tourist attractions with over 650,000 visitors every year.

With a remarkable total of 98 rooms which exemplify the Edwardian era, the spectacular castle is elaborately decorated with authentic period furnishings and antiques.

Continue reading about Toronto’s magnificent midtown castle, which is not only a popular tourist destination but also a hot filming location.

The history of Casa Loma

Located at 1 Austin Terrace, Casa Loma sits in an upscale residential neighborhood in Toronto (boasting the same name as the castle).

The gothic revival hilltop castle was constructed by Edward James Lennox, a Toronto-based architect who designed several of the city’s most historic landmarks in the late nineteenth and early twentieth centuries, including Old City Hall, King Edward Hotel, Toronto Athletic Club, as well as over 70 buildings in the largest city in Canada.

Sitting at an elevation of 66 meters above Lake Ontario, the castle was built from 1911 to 1914 as a residence for financier Sir Henry Pellatt.

While it took 299 workers and three years, the castle cost close to $3.5 million to build. Since the structure was built at the start of World War I, construction halted due to Pellatt’s deep debt.

After passing through a number of owners, the City of Toronto seized the property in 1933.

And it quickly became one of the hottest spots in the city. The prestigious mansion attracted many wealthy residents to set up shop in the area, which was the beginnings of the present-day posh neighborhood.

Boasting a billiards room, conservatory, library and dining room, Casa Loma could’ve been the inspiration behind the board game Clue. Not to mention, the stables, gardens and parking lots were fit for a Canadian king.

Some of the luxurious amenities of Casa Loma included an elevator, large oven, two vertical passages for pipe organs, a central vacuum, two secret passages in the ground-floor office, a pool, and three bowling alleys in the basement (although the pool and two of the bowling alleys were not fully built).

Now owned by the City of Toronto, the majestic mansion and its stunning gardens are the perfect backdrop for special occasions and photo shoots.

But the spectacular estate is also open to the public for daily tours. The general public can enjoy high tea to experience the elegance of the Edwardian era, fine dining at one of the castle’s many restaurants, or even a double-double in one of the in-house Timmys.

Or, better yet, picture themselves recreating scenes from one of the many movies filmed at Casa Loma in recent years.

The many productions filmed at the castle

The unique architecture of Casa Loma makes for an ideal filming location.

And Hollywood loves it too, as Casa Loma has been featured in many big and small screen productions.

The Canadian cult classic comedy Strange Brew, featuring the beer-loving ‘hosers’ Bob and Doug McKenzie, was filmed at Casa Loma. But in case you don’t know what a hoser is, there’s no need to ‘take off, eh!‘

Casa Loma has also been the filming location of many more popular movies such as the X-Mansion in X-Men. In the first X-Men movie, directed by Bryan Singer and released in 2000, Casa Loma served as the primary location for all the scenes that take place inside Xavier’s school.

Comedy/horror film Ready or Not (2019), starring Samara Weaving, Adam Brody, and Andie MacDowell was also filmed at Casa Loma, which served as the backdrop to all the bloody action.

The property was also featured in the 1995 comedy Billy Madison starring Adam Sandler, as Billy’s mansion, and the cult classic Scott Pilgrim vs. the World as the place where Scott has to fight Ramona’s second evil ex, Lucas Lee (who is filming his new movie there).

Other television and film productions taped at Casa Loma include Chicago, The Tuxedo, Twitches, The Pacifier, Titans, Being Erica, Goosebumps, Shadowhunters, Strange Paradise, The Rocky Horror Picture Show: Let’s Do the Time Warp Again, Warehouse 13, Hannibal, The Vow, Killjoys, The Skulls and Cocktail, to name a few.

The majestic mansion was also temporarily transformed into Hogwarts for the release of Harry Potter and the Deathly Hallows as well as the Beast’s Castle for Disney’s launch of the 2017 live action Beauty and the Beast remake.

Can you stay at Casa Loma?

Unfortunately, since Casa Loma is classified as a historic house and museum, you can’t spend the night in the Gothic Revival style mansion.

But given its prime location in midtown Toronto, there are plenty of accommodations nearby. Here’s a handy map with your rental and hotel options near Casa Loma, to help you plan your visit:

Unveiling the Mystery Behind the Sprawling Thrombey Mansion From Knives Out
The Riverdale Residence: Tracking Down Thornhill, the Beautiful Blossom Family Mansion
The Downton Abbey House is Real – And You Can Go Tour the Castle
Where is Dunnock Manor, the Sprawling Family Home in ‘Father Christmas is Back’? 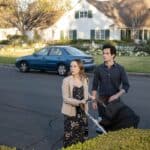 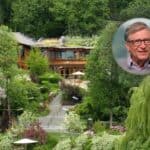