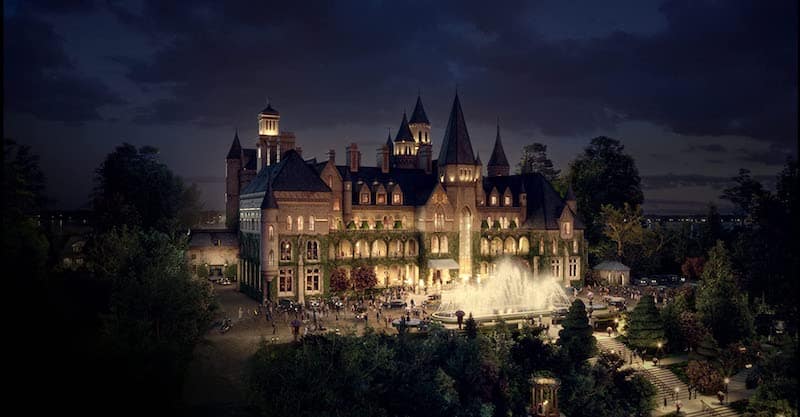 If you’ve ever envied the lavish lifestyle of Jay Gatsby, F. Scott Fitzgerald’s character in the classic 1925 novel, then you might want to pay a visit to Long Island’s North Shore.

This glamorous enclave is home to some of the most breathtaking properties in all of New York, and it served as inspiration for Fitzgerald’s fictional towns of West Egg and East Egg in The Great Gatsby.

The Gold Coast, as some call this area, is lined with extravagant estates, each one more impressive than the next, but one particular home tickled director Baz Luhrmann’s fancy when he was working on the 2013 Hollywood adaptation of the classic movie.

He used a 1928-built estate in Kings Point to serve as the inspiration for Jay Gatsby’s house in his blockbuster movie which starred Leonardo DiCaprio, Carey Mulligan, and Tobey Maguire.

The 2013 movie, now often called a modern classic (despite seeing mediocre reviews when it was first released), had a fairly unique take on an all-familiar tale; in Baz Luhrmann’s version, the director used technology, music, and sheer, raw spectacle to translate the exuberant spirit of the Jazz Age to an audience raised on Jay-Z.

The 1928-built estate in Kings Point was crucial to bringing Luhrmann’s vision for the movie to life, inspiring the grandiose residence — and highlighting the immoderate lifestyle — of the title character.

The 14,551-square-foot colonial-style mansion sits on a massive 7.7-acre lot, and features 13 bedrooms and 35 bathrooms. It also incorporates two separate guest homes that come with an indoor pool, as well as a bowling alley, a shooting range, and even a casino.

One of them even has a slide and a swim-up bar, perfect for hosting lavish summer parties, Gatsby style.

The massive outdoor space also includes Japanese-style gardens and Koi ponds, as well as a private dock and views of the Manhattan skyline. The property also incorporates a two-level car garage that can accommodate up to nine vehicles.

According to Apartment Therapy, the estate was previously owned by Russian billionaire Tamir Sapir, who passed away in 2014.

The property was then listed for sale in 2015, with a hefty price tag of $100 million, but there were no takers; it was listed again in 2017 for ‘just’ $85 million, but there’s no word on the grapevine as to whether it’s managed to find a buyer.

Interestingly enough, the house only served as a starting point for the set designers working on the 2013 movie.

Exterior shots were actually filmed at the former St. Patrick’s Seminary in Sydney, Australia, while the interiors were shot on film sets created from scratch to meet the director’s vision.

The Kings Point estate is just one of several properties on Long Island that allegedly also inspired F. Scott Fitzgerald while writing The Great Gatsby.

The writer and his wife Zelda moved to Great Neck in 1922, where he started working on his eponymous novel, writing by day and partying with New York’s socialites and celebrities by night.

Eventually, the Fitzgeralds moved to France, where he wrote the remaining chapters of The Great Gatsby.

The years that Fitzgerald spent in Great Neck inspired him greatly while working on his novel. Even though he didn’t live in a palatial mansion like Jay Gatsby’s, he attended numerous parties on the Gold Coast, and got to know some of the houses that lined it.

In the novel, East Egg is the fictional version of Cow Neck, while West Egg would be Great Neck. Gatsby’s estate spreads across roughly 40 acres, which seems like a lot, however, properties on the Gold Coast often feature hundreds of acres and are even more lavish.

Some of these properties were well beyond even Jay Gatsby’s means – Oheka Castle, for example, sits on a 443-acre lot, features 127 rooms and 109,000 square feet of living space, and is the second-largest private home in the U.S.

So, even though you’d be inclined to think Jay Gatsby’s house was the peak of luxury, it actually seems quite modest when compared to the real-life homes on Long Island. Sorry, Jay.

All the Extravagant Houses in ‘Crazy Rich Asians’ — and Where to Find Them in Real Life
The Beverly House, also known as The Godfather and The Bodyguard House
Richie Rich’s House is Actually the Biltmore Estate, America’s Largest Home
Greystone Mansion: the Most Familiar House You’ve Never Visited 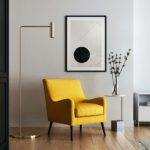 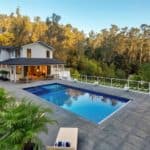