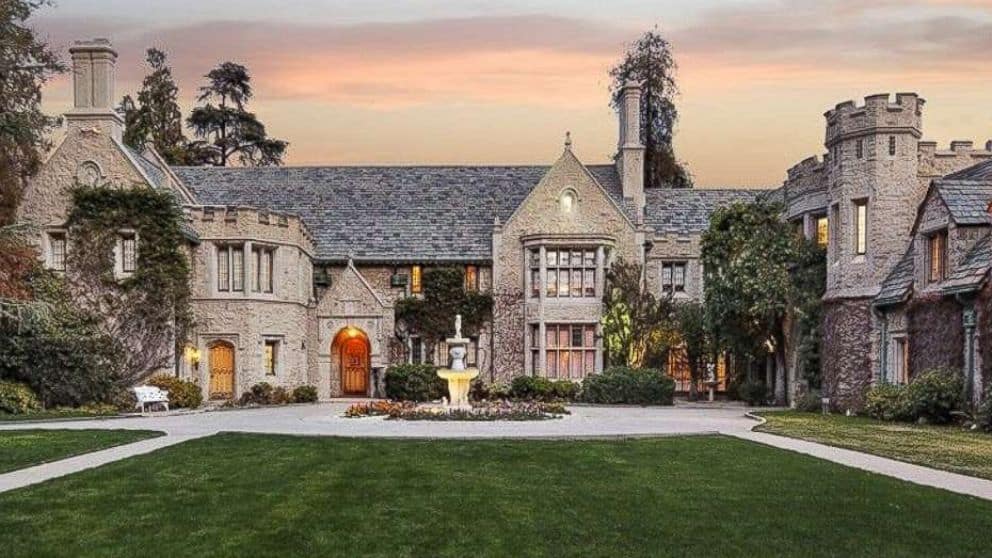 There are many iconic properties around the world that have stood the test of time, but none is as unique or as enticing as the massive estate located at 10236 Charing Cross Road in Los Angeles, most commonly know as the Playboy Mansion.

A few decades ago, Hugh Hefner’s pleasure palace was widely known as one of the country’s most notorious party homes, with everyone from celebrities to lusting teenagers yearning for an invitation to party alongside Hef’s bunnies.

Now, its wild party days are long behind it, but the home continues its tradition of entertaining guests, and is now a sough-after setting for Hollywood events and fundraisers.

Though the provocative appeal of the Playboy Mansion might have died down over the years, and especially after Hefner’s passing in 2017, it continues to fascinate. There’s no other place like it in the world. It’s become an iconic staple in Los Angeles, and the embodiment of the glamour and decadent lifestyle of the rich and famous.

Despite its notoriety, the Playboy Mansion might still hold some untold secrets. We’re going to bring you up to speed with all the things that you should know about this iconic mansion. Beware, some of the things we’re about to tackle are not for the faint of heart.

Some of you might be surprised to learn that the massive estate in Los Angeles is not the first Playboy Mansion that Hugh Hefner has owned. In fact, Playboy Magazine used to be headquartered in Chicago in the 1950s and 1960s.

Hugh Hefner bought the 70-room, 30,000-square-foot mansion at 1340 North State Parkway in Chicago’s Gold Coast District in 1959. This property served as the original Playboy Mansion — and it also featured the original ‘grotto’ in the basement, which included a swimming pool and an attached bar, perfect for parties.

The house also featured an ‘inviting’ message on the front door, which said ‘If you don’t swing, you don’t ring.’ That should give you an idea of what went on inside Hefner’s Chicago home.

There was also a bowling alley, a game room, bedrooms for Hefner’s Chicago Playboy Club Bunnies, and apartments occupied by close friends or employees.

Fun fact: one of the doors from the original Playboy Mansion is now in Michael Jordan’s house (and it’s one of the basketball player’s most treasured collectibles).

Bobbie Arnstein, Hefner’s assistant and close friend, also lived at the mansion. She was later convicted on drug charges in 1974 and sentenced to 15 years in prison, but ended up committing suicide in 1975.

The media frenzy that came with the trial forced Hefner to leave Chicago and move to Los Angeles, where he would live until his death 43 years later.

The priciest home sale in Los Angeles history, at the time

We’re not sure whether this actually happened or it’s just a piece of Playboy folklore, but legend has it that in 1971, Hefner’s girlfriend Barbi Benton came upon a 5.7-acre estate in Los Angeles.

She convinced Hefner to purchase it, and he ended up paying $1.1 million for it, which at the time was the priciest home sale in Los Angeles history. The rest is, as they say, history.

The Playboy founder lived at the mansion until his death, surrounded by friends, celebrities, and lots of exotic animals — and we’re not talking about his Bunnies. The house is so big and hosted so many people and events that it required a staff of 80 full-time employees, including chefs, butlers, security, plumbers and electricians, landscapers, and even zoo staff.

You heard that right. The Playboy Mansion is one of very few L.A. homes to actually have a zoo license. Hefner also went all the way to impress his guests, featuring aviaries and arboretums filled with exotic birds, monkeys, and all kinds of animals.

The mansion is also the only private home in Los Angeles to have a permanent fireworks permit, which only added to the glitz and glam of the parties that took place there. Hefner also put on an impressive fireworks show each year on the fourth of July.

If you thought exotic animals and fireworks shows were enough for Hugh Hefner, think again.

The house in Holmby Hills featured an endless array of jaw-dropping amenities, including a wine cellar with a Prohibition-era secret door and alarm and a movie screening room with a built-in pipe organ. Is that it? Not even close.

The Playboy Mansion doesn’t feature a game room, oh no. There is an actual, separate game house on the north side of the premises, dedicated entirely to games and entertainment.

There are also three zoo/aviary buildings, a pet cemetery, tennis and basketball courts, and a lot of bedrooms.

The 29-room house spreads across 21,987 square feet of living space, which housed Hefner and some of his favorite Bunnies, as well. The master bedroom actually takes up two floors, and was heavily renovated over the years. The west wing of the mansion was home to the editorial offices of Playboy Magazine.

Now this all sounds lovely and fun, but the main attraction at the Playboy Mansion can be found outside.

The notorious ‘grotto’ features a waterfall, a patio and barbecue area, a sauna, a basement gym, a large koi pond, citrus orchards and even a small forest. This swimming pool area has seen endless evening parties that stretched out to the morning hours, and it’s also seen a few controversies.

In 2011, Hefner hosted a fundraising event at the mansion, and many of the guests had a fun poolside time, enjoying the grotto.

Shortly after, 23 guests fell ill, and the L.A. County Department of Public Health found bacteria that causes Legionnaires’ disease in the whirlpool at the Playboy Mansion. Talk about a memorable party.

Who owns the Playboy Mansion?

Another interesting tidbit about the Playboy Mansion is the fact that Hugh Hefner never really owned the property himself.

It was actually owned by Playboy Enterprises, and Hefner’s name was never even on the deed. He leased it from his own company for a modicum of $100 per year.

Hefner purchased the mansion next door, which is a mirror image of the Playboy Mansion layout, only on a smaller scale, in 1996. He used it as the home of his then-separated wife Kimberley Conrad and their children. Daren Metropoulos, co-owner of Hostess Brands, purchased that property in 2009 for $18 million.

Fast forward to 2016, one year before Hefner’s death, when the Playboy Mansion was put up for sale. The property was not to go to his sons, but to the same Daren Metropoulos who owned the house next door.

Metropoulos paid a staggering $100 million for the Playboy Mansion; the sale was subject to the condition Hefner was allowed to rent the house for the rest of his life, for $1 million per month.

Following Hefner’s passing, Metropoulos has big plans for the Playboy Mansion. He intends to rebuild the property and connect it to the house next door, thus creating a massive combined estate.

Both mansions were designed by Arthur R. Kelly, and they both have a common boundary with the Los Angeles Country Club.

No matter what the future holds, the Playboy Mansion will live forever.

Metropoulos entered into an agreement with the City of Los Angeles to protect the mansion from demolition, permanently. This decision will stay in place even if the mansion sells to another owner, so it’s safe to say that it’s left a definite mark on American history, a mark that will never be erased. 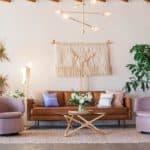