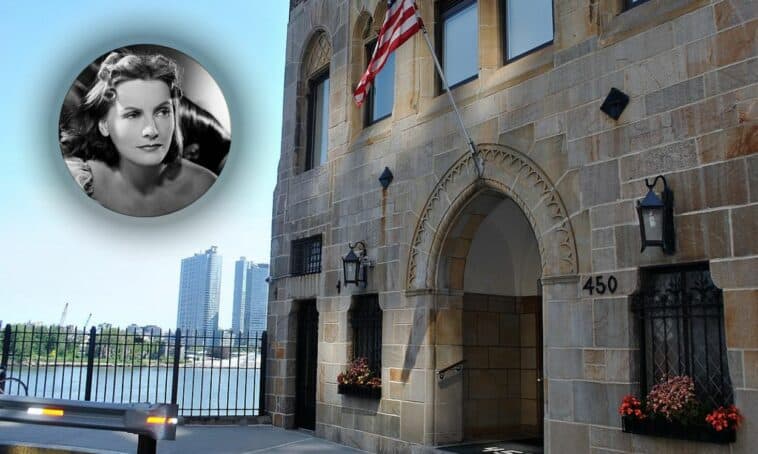 The former New York City home of one of old Hollywood’s brightest stars has just hit the market.

Greta Garbo, the stunning Swedish-born actress who graced the big screen in the 1920s and 1930s, lived in the swanky Midtown East suite from 1953 until she died in 1990.

Known for her melancholic, somber persona, the Academy Award-nominated actress originally purchased the posh pad with breathtaking water views since it reminded her of her beloved homeland.

Located across the street from the upscale River House co-op, here’s the full scoop on Garbo’s former luxurious fifth-floor condo that is situated directly above the East River.

The celebrated actress who starred in movies such as A Woman of Affairs and The Mysterious Lady retired from acting at the age of 35 after appearing in 28 films.

And although she was one of the most glamorous actresses of her time, Garbo never married, had no children, and lived alone as an adult.

The deeply private starlet spent most of her adult life — nearly 40 years — living in her Midtown East home in Manhattan.

As it turns out, living alone was a treat thanks to her stylish condo, located in The Campanile building at 450 East 52nd Street in Manhattan.

In 1953, the Hollywood legend purchased Suite Number 5 in the high-end co-op building in Manhattan’s east side. And it became such a big part of her life that she never sold it.

After her death in 1990 at the age of 84, the iconic actress left her entire estate — including her beloved NYC apartment — to her niece, Gray Reisfeld.

When Reisfeld passed away in 2017, the swanky suite was purchased by John McGraw and Marjorie McGraw, after spending more than half a century being a part of Garbo’s estate.

Given its star power and legacy, the stunning suite sold for well over its initial asking price of $5.95 million. Greta Garbo’s apartment at The Campanile prompted a bidding war, leading the McGraws to pay $8.5 million (43% over ask) for the co-op back in December 2017.

As the former chairman of the publishing house McGraw-Hill, John and his wife renovated the kitchen, dining room, and HVAC system but otherwise kept the graceful essence of Garbo throughout the apartment.

Greta Garbo’s apartment is now back on the market

The gorgeous fifth-floor unit in The Campanile is now looking for new owners.

The upscale co-op was built in 1927 and pre-dates the United Nations building and The FDR Drive. The Campanile has14 stories and offers 16 units of prime Manhattan real estate, with Garbo’s former home standing out as the crown jewel of the building due to its famous longtime resident.

Listing agent Brian K. Lewis of Compass says Garbo was drawn to it due to the water views from her stunning suite.

“She was drawn to this three-bedroom, three-bath aerie directly above the East River partly because the passing boats reminded her of her beloved, native Stockholm,” Lewis shares on the listing.

But there’s much more to love about this classy city residence.

Listed for $7.25 million, the 3 bedroom, 3 bathroom home oozes grace and elegance much like its famous former owner.

Including timeless wood paneling and large picture windows, the luxury condo offers jaw-dropping views of the cityscape to the south and east, and majestic river views.

Not to mention, the breathtaking sunrises and sunsets seen on the balcony outside the French doors.

At the opposite end of the floor-through residence is a large kitchen featuring a Miele side-by-side refrigerator/freezer and a Thermador 5-burner (with griddle) and oven.

The stylish unit is adorned with countless sophisticated details, seemingly giving away that it was once home to Hollywood royalty. 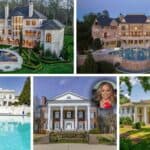 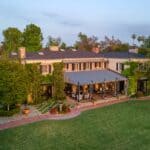