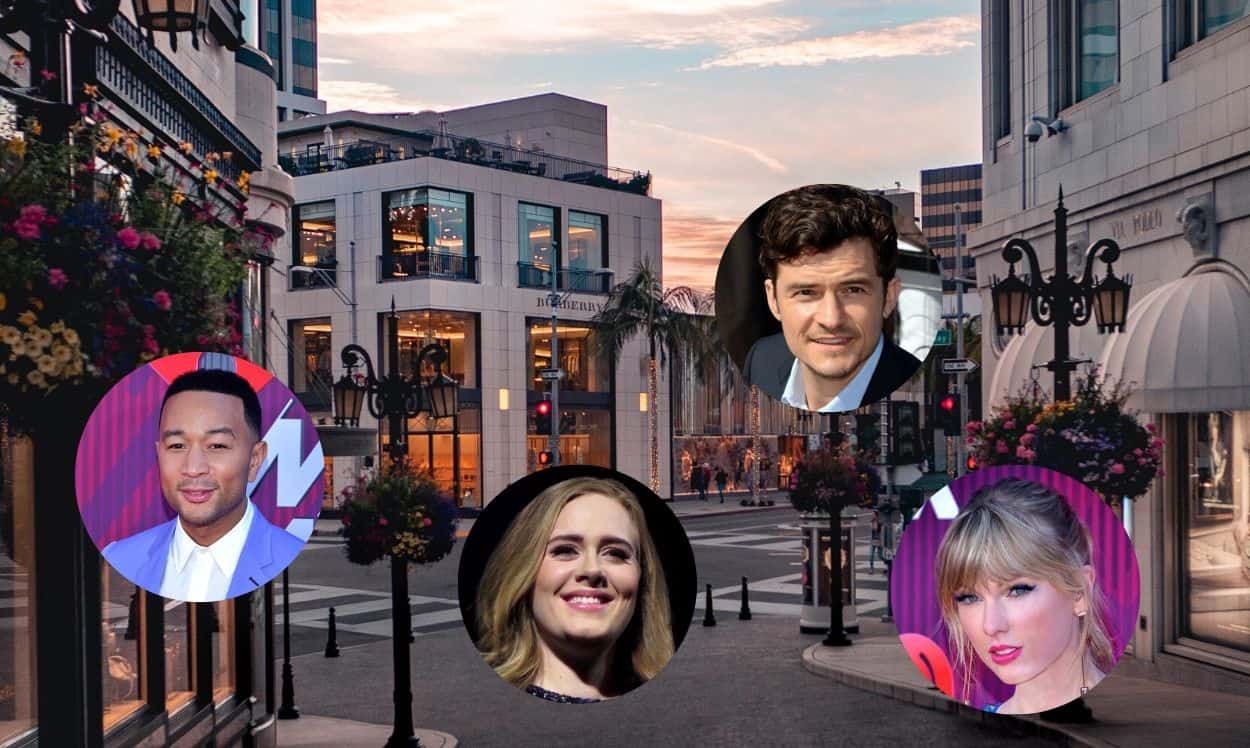 Ah, the lifestyle of the rich and famous… If you’re a Netflix fanatic like us, you’ve probably watched shows like Selling Sunset or The Real Housewives of Beverly Hills. So, you should already have an idea of what life is like in sunny Los Angeles — and its ritziest surroundings.

The truth is, Cali living is even more glamorous than what you’re imagining, because walking the streets of L.A., you’re bound to bump into Hollywood celebrities at some point in the week — and there’s no place with bigger odds for celeb spottings than Beverly Hills.

It’s also not just housewives who live here; some of the most famous people in the world reside in Beverly Hills, and we’re about to give you a run-down of our favorites.

Beloved talk show host Ellen is passionate about home decor, interior design, and house-flipping, so she’s no stranger to luxurious homes in Beverly Hills. In fact, she’s probably already owned and flipped most of the cool mansions in the neighborhood by now.

The Tudor-style house is not the first that Ellen and Portia have bought together; it’s actually the couple’s seventh Beverly Hills investment. They don’t seem to get attached too much to their homes, so it wouldn’t be a surprise to hear they’ll be moving again in the future.

Jack Nicholson owns many properties across the country, but his long-time residence is located in Beverly Hills, on the notorious Mulholland Drive.

The multiple Academy Award winner first bought into this property in 1969, and over the years purchased additional parcels to expand its footprint. He even bought Marlon Brando’s former neighboring home in 2005, razed it, and had it rebuilt.

Nicholson’s Beverly Hills home is also famous for darker reasons. It’s here that director Roman Polanski reportedly abused an underage girl, while Nicholson and his then-girlfriend Anjelica Houston were away.

The original house that used to stand on the site burned down, and various other incidents took place on Mulholland Drive, leading some to claim that the entire area is cursed. Maybe that’s what inspired David Lynch to make a movie about it.

Celeb power couple John Legend and Chrissy Teigen paid $14.1 million to buy Rihanna’s former home in Beverly Hills back in 2016. The couple and their two children made the most of their stunning home during quarantine, and shared jaw dropping images of the family hanging out at the property.

The 8,520-square-foot home has five bedrooms and eight bathrooms, as well as a gorgeous outdoor garden and a massive swimming pool. Not a bad way to self-isolate, is it?

Taylor Swift’s Beverly Hills abode is in a league of its own. The singer paid $25 million for movie mogul Samuel Goldwyn’s home back in 2015 — yeah, that Goldwin, you know, of Metro Goldwyn Mayer?

Swift’s mansion was actually granted landmark status in 2017, which means the young musician now owns a piece of Hollywood history. The property has never before been owned by someone not part of the Goldwyn family, so Swift is also writing history, if you think about it.

The 10,982-square-foot mansion is to be restored to its former glory, with the approval of the Beverly Hills City Council, of course.

The singer also owns a sprawling house in Rhode Island, which got a shout-out on her 2020 album, Folklore, with the song The Last Great American Dynasty paying tribute to the wealthy (and eccentric) socialite that owned the house before her.

Grammy-winner Adele is another Brit who has a thing for California living. The singer purchased her first home in Beverly Hills in 2016 for $9.5 million, and her second in 2018, after splitting from husband Simpon Konecki.

She didn’t venture very far to find her second home, though, as the two properties are across the street from each other. Adele’s second Beverly Hills abode cost her $10.65 million, and was built back in 1961 in the gated community of Hidden Valley. It was previously owned by film producer Michael Hertzberg, according to the L.A. Times.

Actress Sandra Bullock is also part of the elite group of Hollywood stars who reside in Beverly Hills. Our beloved Miss Congeniality paid $16.9 million in 2011 for a seven-bedroom mansion right next door to Ricky Martin.

Bullock also used to own a 3,153-square-foot home right above the Chateau Marmont on the Sunset Strip, which she rented out for a whopping $18,500 per month. She reportedly had enough of her role as landlord and sold that property in 2018.

Hunger Games star and Hollywood darling Jennifer Lawrence moved into her gorgeous Beverly Hills home back in 2014. The luxurious five-bedroom home came with a price tag of over $8 million, and an impressive list of previous homeowners, which includes Jessica Simpson and, shocker, Ellen DeGeneres.

The property boasts a romantic, European-inspired vibe, which you might not have expected from a strong personality such as Lawrence. The actress enjoys beautifully landscaped grounds, a koi pond, a swimming pool, and even a home gym. No wonder she’s in such good shape.

Their main residence is still in Nashville, but they own properties across the U.S., and their Beverly Hills mansion is reportedly one of their favorites.

Next up on our list of Beverly Hills A-listers is probably the most good-looking couple on the planet. British movie star Jason Statham and supermodel Rosie Huntington-Whiteley settled in Beverly Hills in 2015, when they paid $13 million for a stunning five-bedroom mansion.

Their incredibly beautiful home was designed by Jenni Kayne, and is a perfect mix of contemporary architecture and timeless elegance. We wouldn’t have expected any less from the Victoria’s Secret model, as her taste is always impeccable.

Not to mention that Statham is a passionate houseflipper. The couple and their young son spent lockdown at their modern mansion, where Rosie even filmed several Youtube videos sharing her beauty and style tips.

These are just some of our favorite celebrities with homes in Beverly Hills. This eclectic enclave is a magnet for Hollywood stars, so the list could go on and on, but we’ll stop here – for now. Stay tuned for more celebrity-related real estate coverage on Fancy Pants Homes!